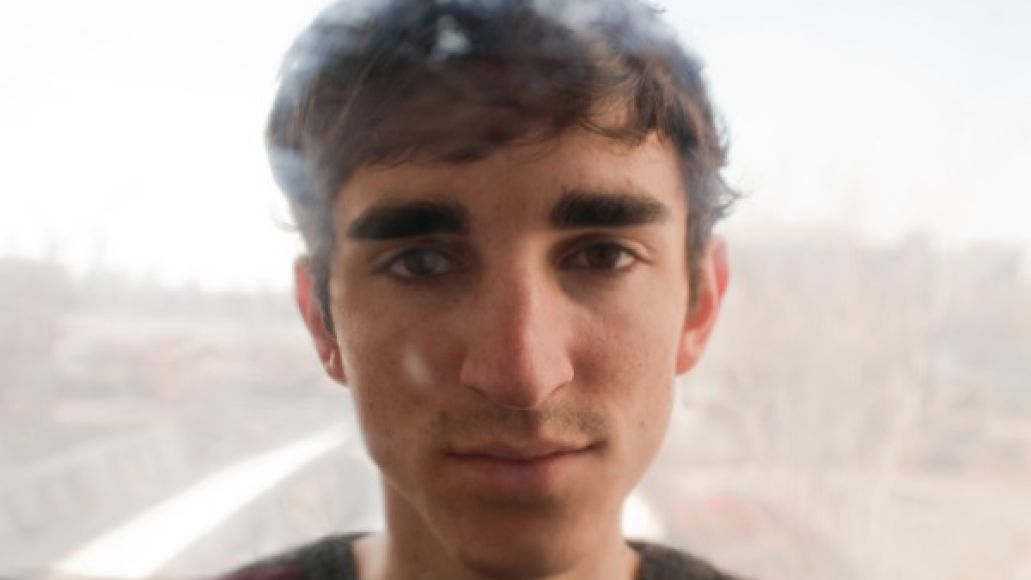 “These are songs that have made me think about pop music in dramatically different ways. A list of my favorite songs is nearly impossible for me, but I’ll never get tired of listening to these ones on repeat.” -Young Man

Young Man (AKA Colin Caulfield) is currently out on tour in support of his latest LP, Vol.1. Tonight, he’ll perform at Chicago’s Lincoln Hall. In the meantime, tune into Young Man’s lesson on pop music via Spotify, and read his notes below.

Broadcast – “Lunch Hour Pops”
Broadcast is one of my favorite bands and I always find myself coming back to their music for its whimsical, effortless sound. They do noise and psychedelia so well, but they also wrote so many good, simplistic pop songs. “Lunch Hour Pops” is an example of a simple song that’s complicated by so much sonic information (bubbling, rattling, clanking, analog synth meandering), but Broadcast manages to balance the complexities, presenting them in that effortless way.

Cornelius – “Breezin'”
John McEntire, who produced Vol. 1, recommended Cornelius as “the self-proclaimed most experimental Japanese musician ever.” I laughed, but even if you disagree with his pretention, Oyamada’s precision in all his music does reflect a really admirable confidence. “Breezin'” is such a groovy track, but every time I think I have a hold on it there’s a little bit of dissonance or cheese sprinkled in that throws me off. It’s a hi-fi, exact track that has so little to do with my american understanding of hi-fi pop music and I listen to it constantly for that reason.

Devo – “The Day My Baby Gave Me a Surprize”
An undeniably catchy song that is completely Devo. The sing-along chorus predates the B-52s by a long shot, but has just as much punch as any of their hits. There are definitely Devo songs I like more, but “Surprize” is the Devo song I find myself humming most often.

Deerhoof – “Running Thoughts”
The Runners Four is easily one of my favorite records. There’s a palpable energy and flow to the entire album, and “Running Thoughts” is an early peak with its absurd closing jam that overpowers Matsuzaki’s tiny vocals. One of the best contemporary bands without a doubt in my mind.

The Fiery Furnaces – “Evergreen”
When I learned how to play piano, I listened to The Fiery Furnaces. A lot of the music on this playlist is fundamentally pop, employing simple and predictable song structures, but doing so uniquely. Many people say that pop music (and music in general for that matter) has done everything and now simply recycles itself in different ways. That may be true, but a song like “Evergreen” comes along every so often and makes you reconsider sonic ideas that may have been boring minutes before.

Steely Dan – “Deacon Blues”
I’ve been listening to Aja by Steely Dan a ton lately. It’s some nerdy music without a doubt. Donald Fagen and Walter Becker brought together their favorite studio musicians to craft one of the most precise, unique records I can think of. “Deacon Blues” is especially good and it takes me on a little trip every time I listen. I love contemporary music, but there’s something to be said about harmony that doesn’t have to be hidden by layers of reverb.

Snakefinger – “The Man in the Dark Sedan”
Snakefinger’s Greener Postures was backed by the Residents and the result is so damn cool. For me, there are a few misses on this album, but “Dark Sedan” is a perfect song. So much unrestrained but precise dissonance and weirdness in the guitar work and instrumentation supported by one of the catchiest bass lines I can think of.

Television – “See No Evil”
I heard Marquee Moon when I was really young, far before I’d been introduced to any post-punk or anything like it. But that album was so immediate, maybe up there for the most immediate music I’ve ever experienced. I remember everything about that first listen, riding around in a much older friend’s car with “See No Evil” blaring. It was really exciting and that was well before I had any musical vocabulary. A lot of people say Television are a musician’s band, but that day I didn’t need any context — it was just good music.

Women – “Shaking Hand”
I love guitar music (Television, Deerhoof, Lower Dens, etc…) for its emphasis. The guitar work on “Shaking Hand” is nothing short of incredible, mutating standard tuning and deceptively simple chord progressions, and it’s obvious that’s where the song started. Sometimes, I wonder about the genesis of a song, but “Shaking Hand” shoves the guitar parts down your throat, not letting up until the tension of the last chord leaves you demanding another listen.

Battles – “Atlas”
Mirrored is on another musical level. From the first shifting rhythms of “Race In”, it’s clear that the album will be challenging on every level. But in spite of its complexity, the album is constantly inviting. “Atlas” is a mutant stomp that forces your ears to accomodate an alien landscape with percussive breathing, drone whirring, and pitched vocals. After a minute and a half, the body is moving and captivated by deranged melodies and a build that feels organic with every listen. “Atlas” is a song I want to party to, but it’s also one of the most impressive technical performances a band has given in my lifetime. It kicks my ass every time I hear it.