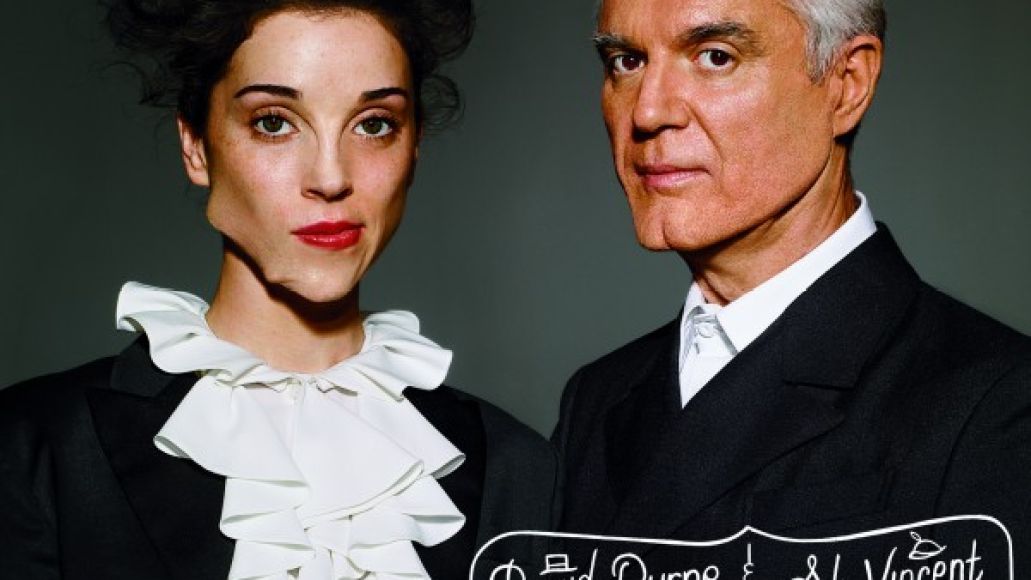 St. Vincent and David Byrne have formally detailed their long-in-the-works collaborative album. Love This Giant spans 12 songs, and will be released on September 11th through 4AD/Todo Mundo.

According to a press release (via Exclaim), ten of the 12 songs were written collaboratively, with lead vocals split between the two musicians. The pair primarily recorded at Hoboken, New Jersey’s Water Music studio and were assisted by a brass section that included members of the Dap-Kings and Antibalas.

The end result is described as “infectious and hook-laden” and eschews “a traditional guitar/bass/drums lineup in favor of idiosyncratic horn arrangements.” St. Vincent’s Annie Clarke said in a statement, “There was no delineating what the roles were. It’s a collaboration I’m truly proud of.”

As an early preview, you can download the album track “Who” below.

St. Vincent and Byrne will tour in support of the release, with their North American leg kicking off in Minneapolis on September 15th. In addition to material from Love This Giant, each musician will be performing “a bunch of songs that we suspect people will know.”  For each performance, they’ll be accompanied by eight brass players, a keyboardist, and a drummer.