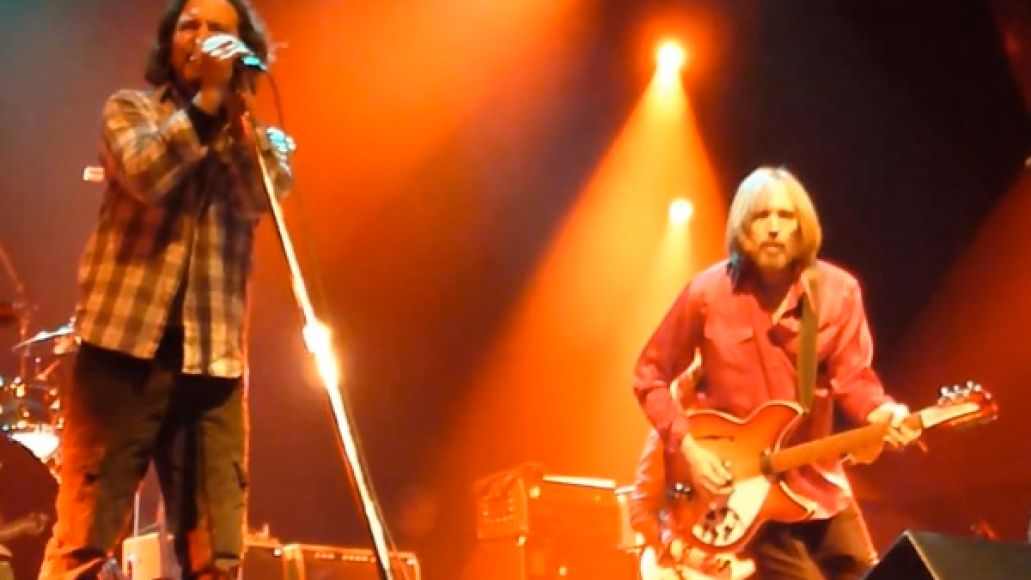 Over the weekend, Pearl Jam and Tom Petty and the Heartbreakers’ European tours intersected in Amsterdam, and the rest is YouTube history. Eddie Vedder appeared twice during the Heartbreakers’ concert, first to handle lead on “The Waiting” and then to back Petty on set closer “American Girl”. Watch fan footage of both performances below. (Apparently, Jack White was in the attendance too, but didn’t feel like making dreams come true.)

Video: Eddie Vedder and Tom Petty team up in Amsterdam