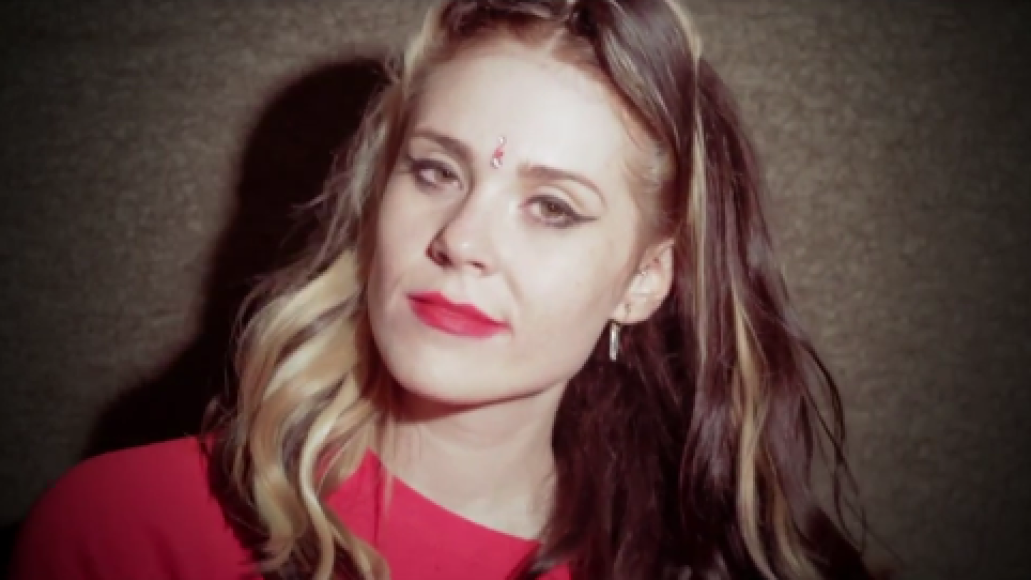 Singer-songwriter Kate Nash broke on to the scene with a brand of quirky, intelligent pop akin to the likes of her slightly-more-famous contemporary, Lily Allen. For 2010’s My Best Friend Is You, though, Nash began experimenting with elements of punk and noise-rock. Now, with her latest single, Nash has parted ways with her final bit of bubbliness and fully embraced her inner Riot grrrl.

Written, recorded, and filmed for a music video in under 24 hours, ”Under-Estimate The Girl” features Nash wailing like a mix between Kathleen Hanna and Courtney Love while delivering manky chops stuck at the junction between punk and metal. Her heavier musical direction is accompanied by a darker look comprised of greasy, two-toned hair and a bindi, which perfectly suits her role in the video as ferocious punk lioness dominating the stage. Watch the video below.

Speaking to NME, Nash explained the cut came together as punk-inspired means of battling frustration by doing ”something creative instead of breaking all my stuff that I own.”

Nash is currently recording her as-yet-detail-less third LP in her new home of Los Angeles.