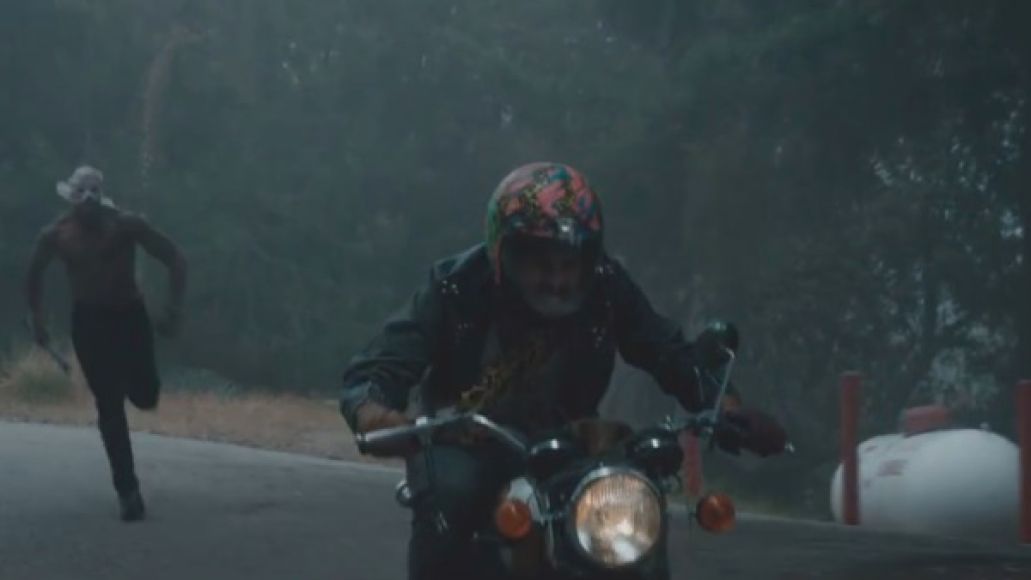 The video for Twin Shadow’s “Five Seconds” was premiered earlier this evening on a LED billboard in Manhattan’s Time Square as part of an initiative called Art Takes Times Square. Now, for those who couldn’t be in attendance, the YouTube version is posted below. Directed by Keith Musil and co-written by Geroge Lewis Jr. himself, the clip sees the bedroom R&B crooner perform some death-defying tricks on a motorcycle in order to evade masked henchmen and their baseball bats.

“Five Seconds” is the lead single off Twin Shadow’s sophomore LP, Confess, which will be released on July 10th via 4AD.