Three years ago, Passion Pit’s Michael Angelakos closed Manners with wavering last words on “Seaweed Song”, singing: “Nobody knows you the way you know you/ But I think I do/ Well I thought I knew/ Yeah, I thought I knew.” It was a heartfelt send-off, glistening with the same syrupy angst that Robert Smith bottled and sold in his vineyard de goth decades previous, but also very telling. It framed an indecisive yet deliberately honest songwriter whose complicated demeanor remained submerged in a murky abyss. On his long-awaited followup, Gossamer, Angelakos rushes to the surface, experiencing the bends in the process. It’s an emotional 48-minute tell-all, over 12 tracks that pummel listeners through a burnished house of mirrors. It’s enigmatic, heartbreaking, and severe.

Is that a surprise, though? In a recent exfoliating interview with Pitchfork’s Larry Fitzmaurice, Angelakos dropped bombs like “I don’t see myself living very long” and “I’m on suicide watch all the time.” He digressed on his life with fiance Kristy Mucci, his troubles recording Gossamer (spoiler: it involves perfume-smelling ghosts, no lie), and his longtime struggle with bipolar disorder. It sounds like he lives a nightmare, which is partly ironic, given that his music feels and sounds like it could soundtrack the happiest days of our lives. For some reason, Brian Wilson comes to mind.

That’s because there’s a great deal of emotional juxtaposition here. Right out the door, “Take a Walk” melds twinkling synth riots with an immigrant’s struggle in America. It’s an aggressive, poppy lurch that sounds like the ideal karaoke anthem — that is, if you can make a lyric like “But then my partner called to say the pension funds were gone” work on a crowd of drunks. Later on, amidst “Love is Greed”, romantic, Phil Spector-stamped arrangements support bleak declarations (“Love has always been a mockery”) and suggestions by a realist (“Someday we’ll all agree it’s not worth making”) that would probably bother those who subscribe to tenets held by Juliet and her Romeo.

Sometimes it’s a perfect marriage. “On My Way” floats in a balmy church of pianos, horns, and harmonies that mirror its accompanying prayers. When Angelakos contends, “Just believe in me, Kristina/ All these demons, I can beat them,” it’s really hard to disagree with him. “Mirrored Sea” surges off a lonely, arctic synth line, matching the track’s desolate ethos, especially Angelakos’ warbled pleas of “And it was alone, and it was alone.” It doesn’t hurt that Angelakos continues to craft addictive hooks that more often than not become friendly earworms.

Though, Gossamer could use a few more of those because, on the whole, it feels front-loaded. The first five tracks are the album’s strongest and most creative, specifically “I’ll Be Alright” and “Constant Conversations”. The former punches hard with blinding urgency, busying itself with a carousel of sounds, from the dolphin-esque harmonies to the digital accents that wouldn’t be out of place on Dance Dance Revolution. It liquifies the adventurous confines most synthpop anthems bounce within and, instead, light-speeds ahead — it’s Angelakos’ finest work to date.

The latter track, however, is his most advantageous. Given that the R&B renaissance is in full swing, “Constant Conversations” couldn’t be more timely, and Angelakos’ four octave-spanning vocals offer a unique twist on the genre. He’s also just a solid storyteller and the track unfolds one hell of a setting: “Well you’re wrapped up in a blanket/ And you’re staring at the floor/ The conversation’s moderated/ By the noisy street below.” It’s so heartbreaking, but never devastating; in fact, it’s slightly cozy, and really, that’s the mark of an able songwriter.

Things slow down following “Mirrored Sea”, and it’s here where Gossamer suffers. “Cry Like a Ghost” shuffles off a hook that feels leftover from Manners, “Hideaway” screams filler with regurgitated themes and uninspired synth work, and the 34 seconds of “Two Veils To Hide My Face” sounds like the first 34 seconds to any Imogen Heap track. It’s not all fluff, though: “It’s Not My Fault, I’m Happy” reignites Angelakos’ creative fervor and begs to be featured on the closing credits of a great indie film, while “Where We Belong” hauls the robots to the orchestra and offers the proper moody curtain call.

In a sense, the album’s title, Gossamer, is somewhat oxymoronic. There’s nothing extremely light, flimsy, or delicate about any of this, but in hindsight now, Angelakos certainly fits that description. Whether he’s speaking intimately or singing aloud, he’s a fragile beast unsure of just about everything: relationships, music, life, and death. That makes for an intriguing character, and an erratic album (e.g. “Love is Greed” comes after the gung-ho-for-marriage love letter “On My Way”). But Gossamer’s X-ray confessionals offer just enough intrigue to ignore its faults. In areas that lack hooks, Angelakos shreds his heart to pieces, and in moments that feel sappy, Angelakos jumps off the bench. There’s something organic to that, but that’s always been Passion Pit’s thing. After all, the damn project stemmed from a mixtape Angelakos gave to a soon-to-be ex-girlfriend. Fuck, even that’s tragic. 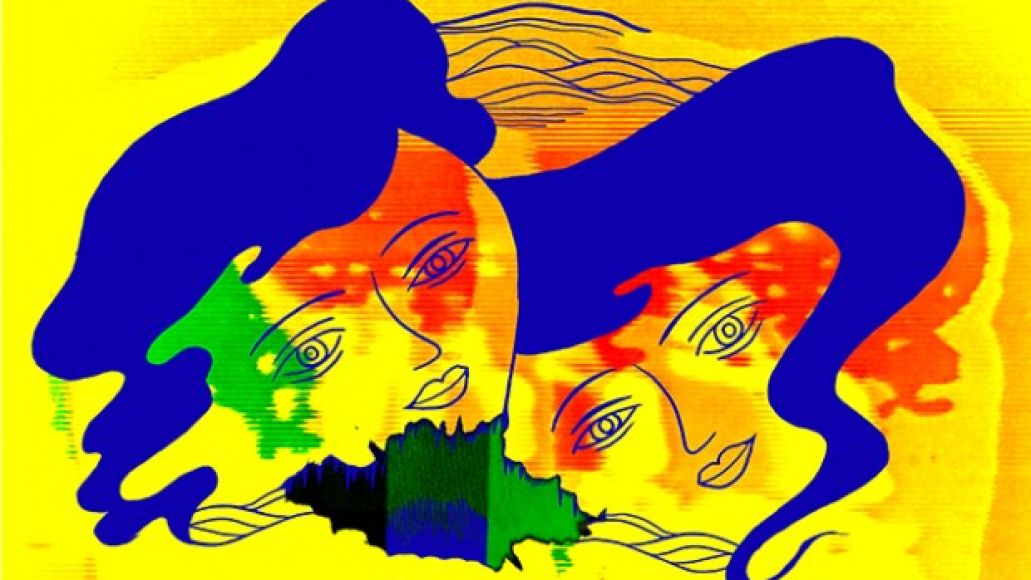