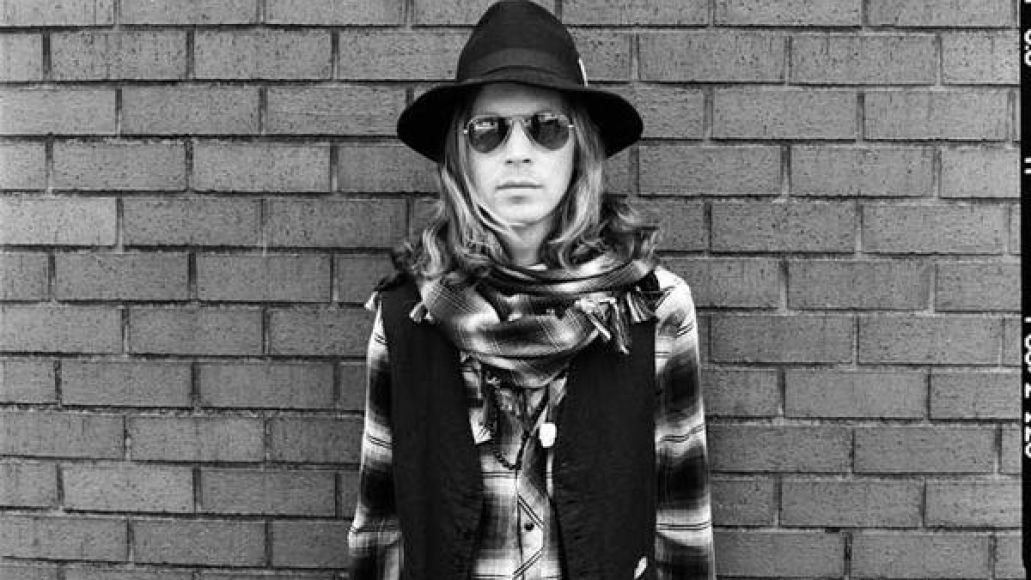 In 2012, Beck has put out almost a full album’s worth of material through various channels: Charity comps, Soundtracks Jack White’s record studio, a Childish Gambino track, a Fleetwood Mac cover. The non-traditional disseminating of new music continues, as Beck has contributed three new songs for the Sony Playstation game Sound Shapes (via Pitchfork). ”Cities”, “Touch the People”, and “Spiral Staircase” will each be featured on a separate level of the game, “a classic side-scrolling platformer where your actions make the music.” Sound Shapes will also feature music from deadmau5, I Am Robot and Proud, and Jim Guthrie, and will be available for PS3 and PS Vita August 7th.

To get an idea of how the game works, check out this gameplay video featuring deadmau5 jams.

And because we really wanted to be the first website in history to tag a story with deadmau5 and Woody Guthrie, in celebration of Guthrie’s 100th birthday, Beck has released a recording from the mid-90’s on is website of the Guthrie tune, “I Ain’t Got No Home”. Stream that track below.