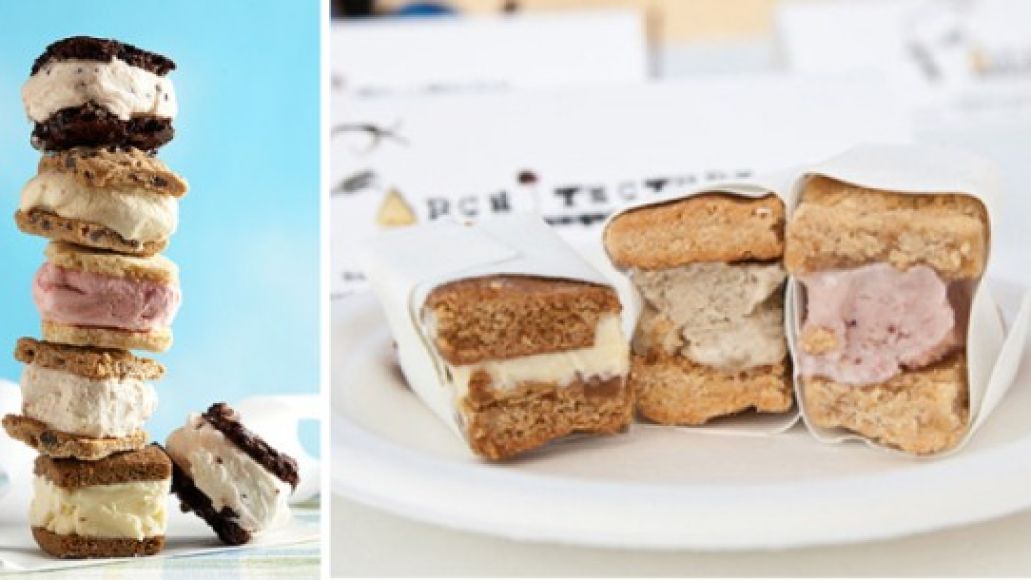 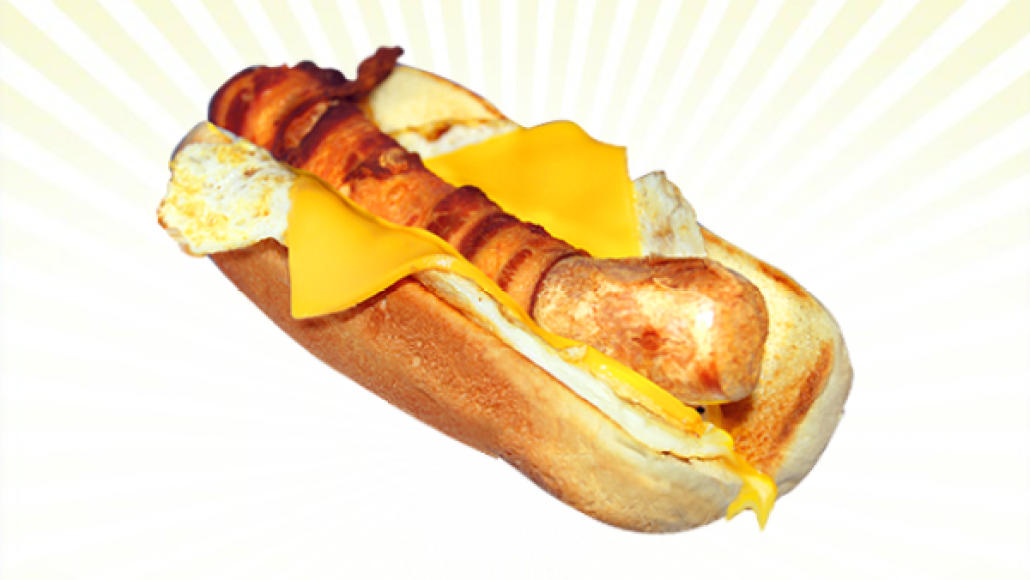 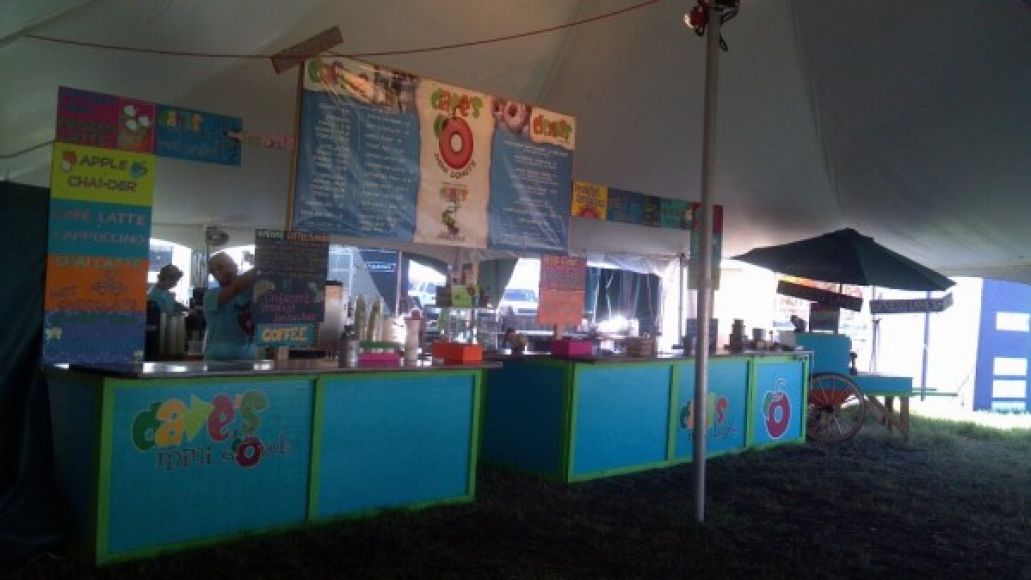 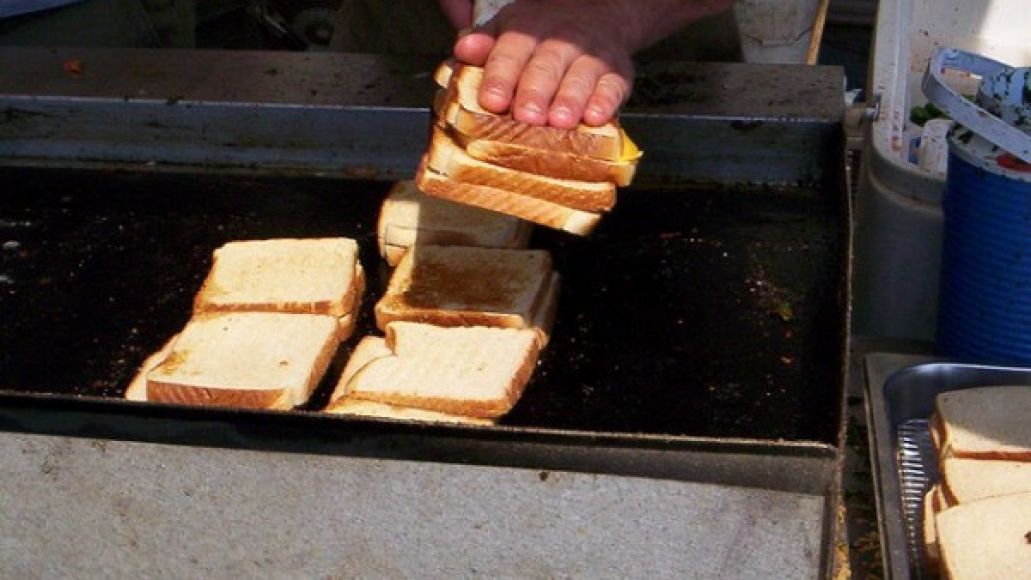 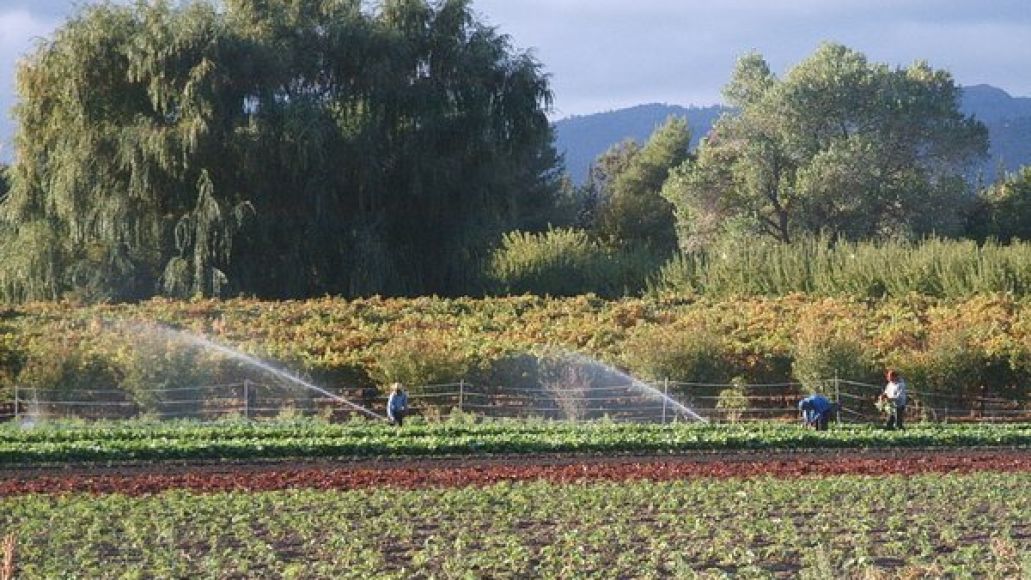 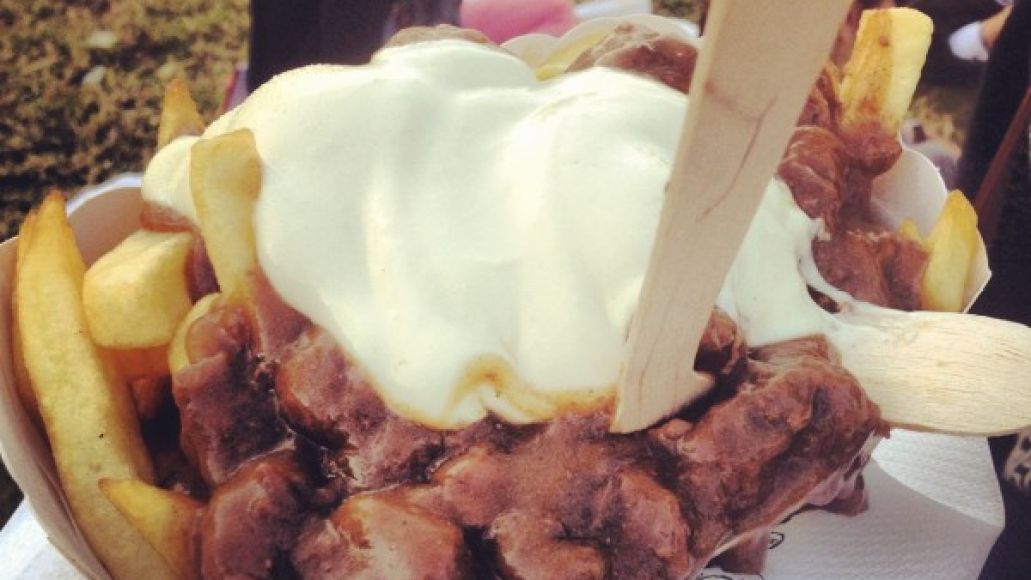 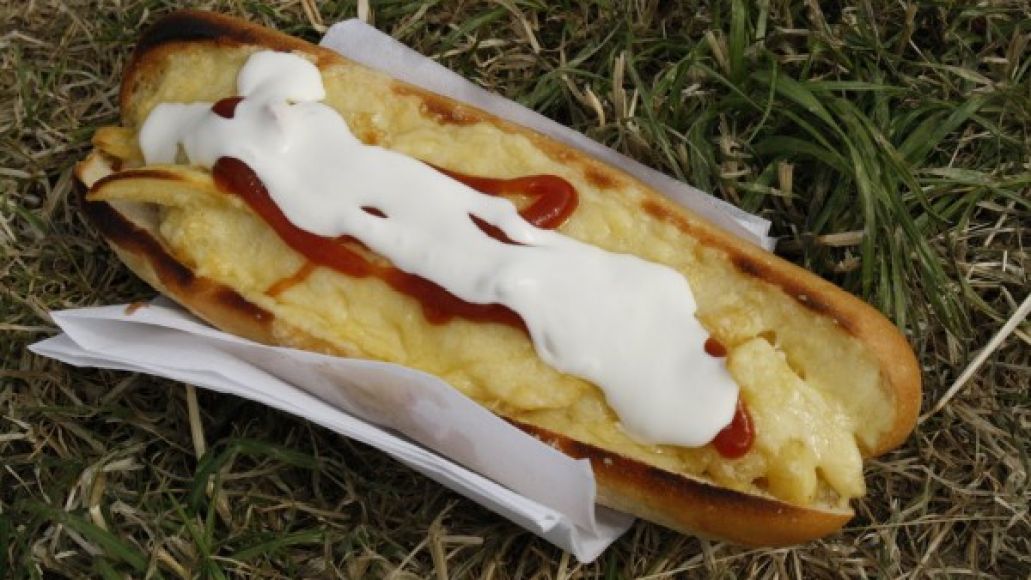 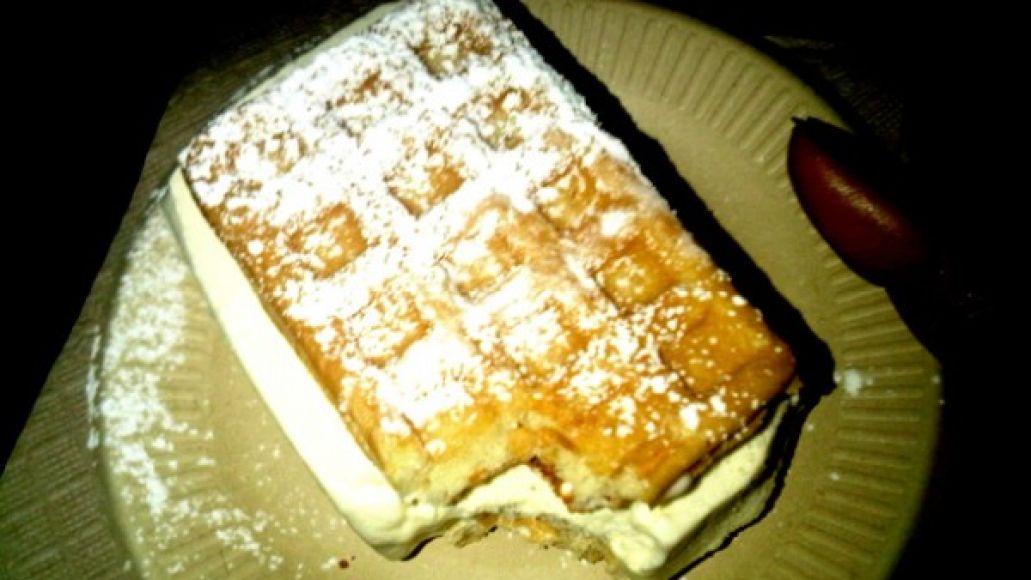 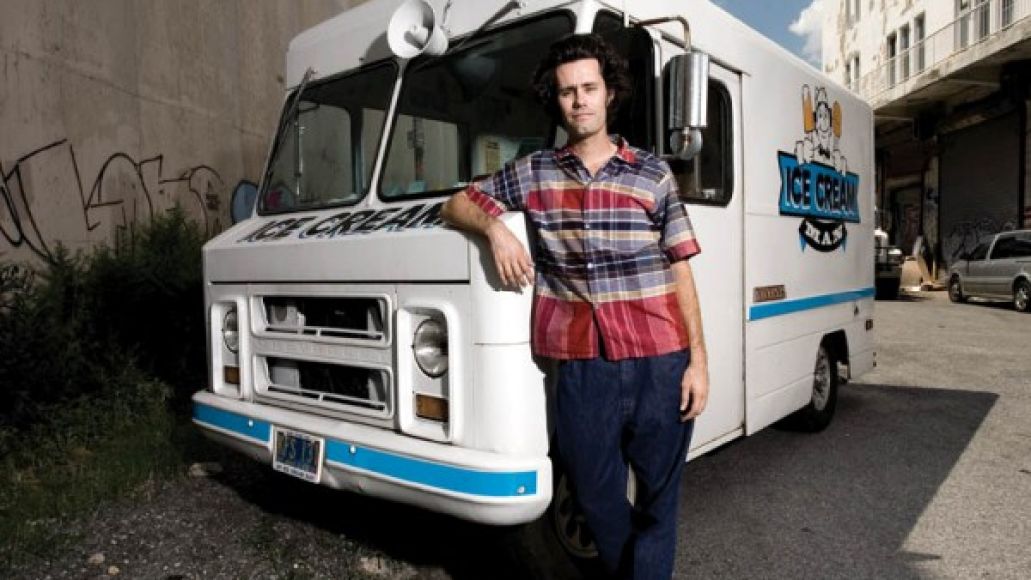 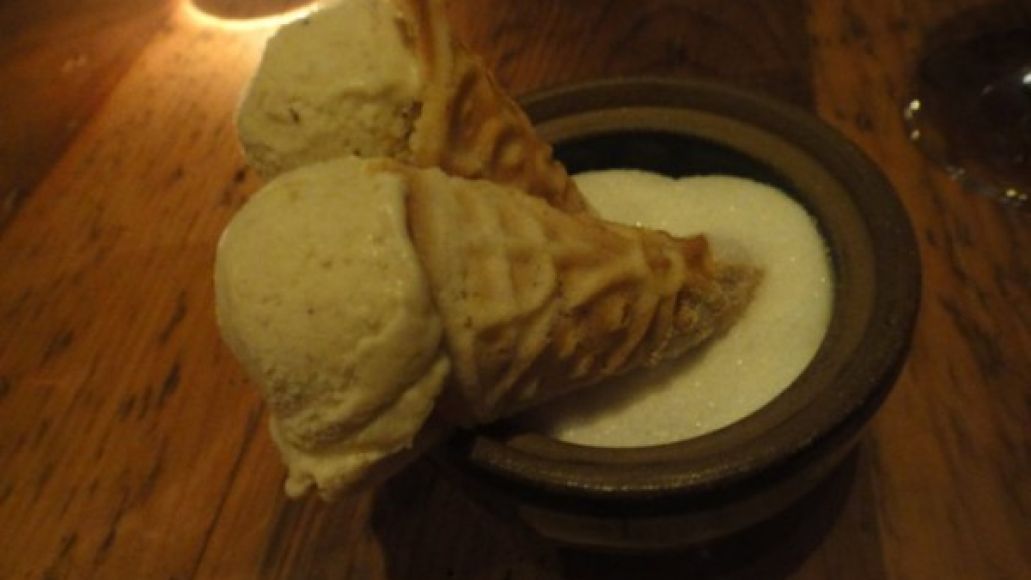 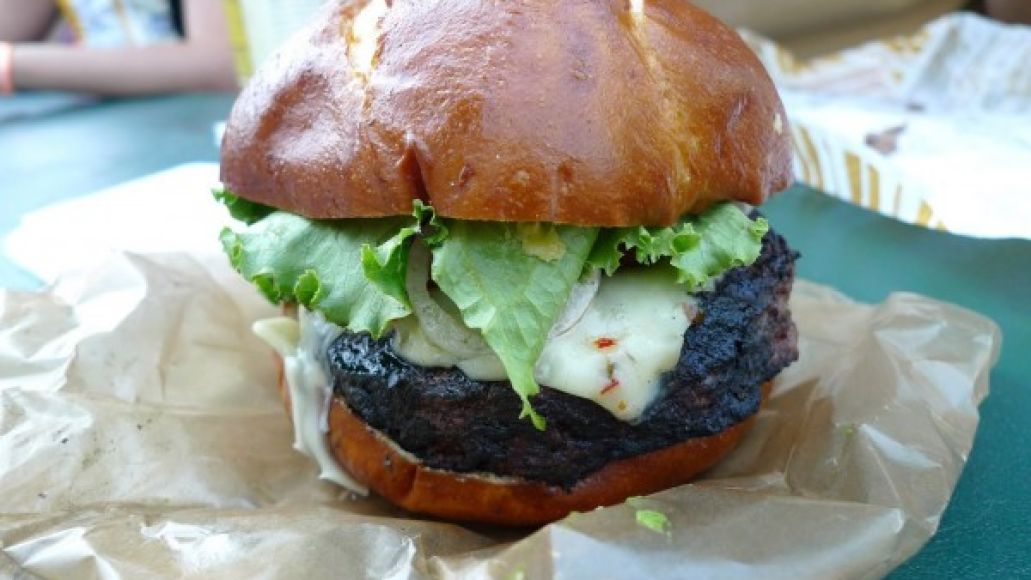 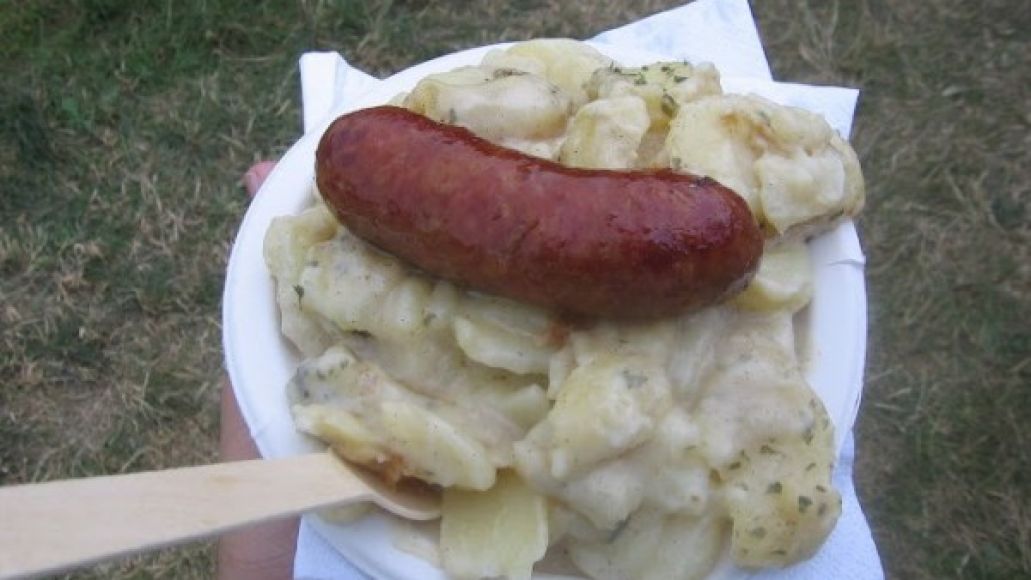 Festival: Glastonbury Festival
Location: Pilton, UK
What: Conveniently located near the popular Brothers Bar, La Grande Bouffe’s must-have meal deal is Le Super Royal. Consisting of a jumbo sausage simmered in a white wine sauced served atop a bowl of sliced potatoes  roasted in the creamiest of French cheeses and smoked bacon, Le Super Royal puts your typical festival food stand to shame.
Taste Factor: 10. Good luck going back to ordinary bangers & mash after this savory feast.
Best for: When you’re hungry from a long day of walking around and need to stay warm during Glastonbury’s infamous rain showers, a visit to La Grande Bouffe can’t be topped.
Eaten by: Frank Mojica 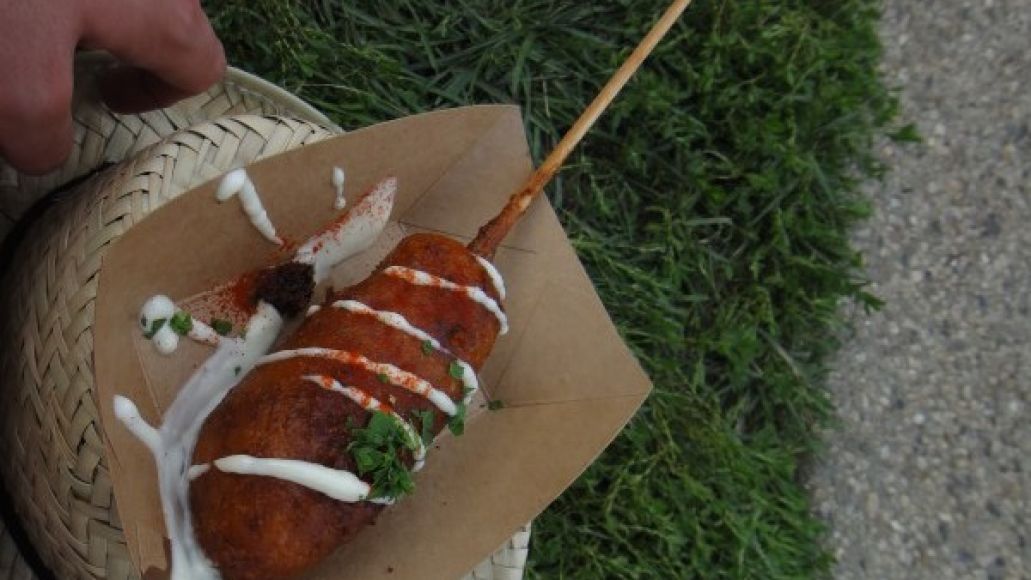 Festival: Lollapalooza
Location: Chicago, IL
What: Graham Elliot’s trademark festival entree: A corndog that’s less dog and more lobster. It’s gotta be great — after all, our own Nick Freed wolfed one down in record timing last year with Les Butcherettes’ Jonathan Hischke — but I’ll never know thanks to my blasted allergies to seafood. I’m from a port town for Christ’s sake, too.
Taste Factor: At least four thumbs up, according to Freed and Hischke. Considering it’s now a Lollapalooza institution, we’re going with an 8.
Best for: Saying you ate Graham Elliot’s food without actually going to Graham Elliot’s.
(Not) Eaten by: Michael Roffman 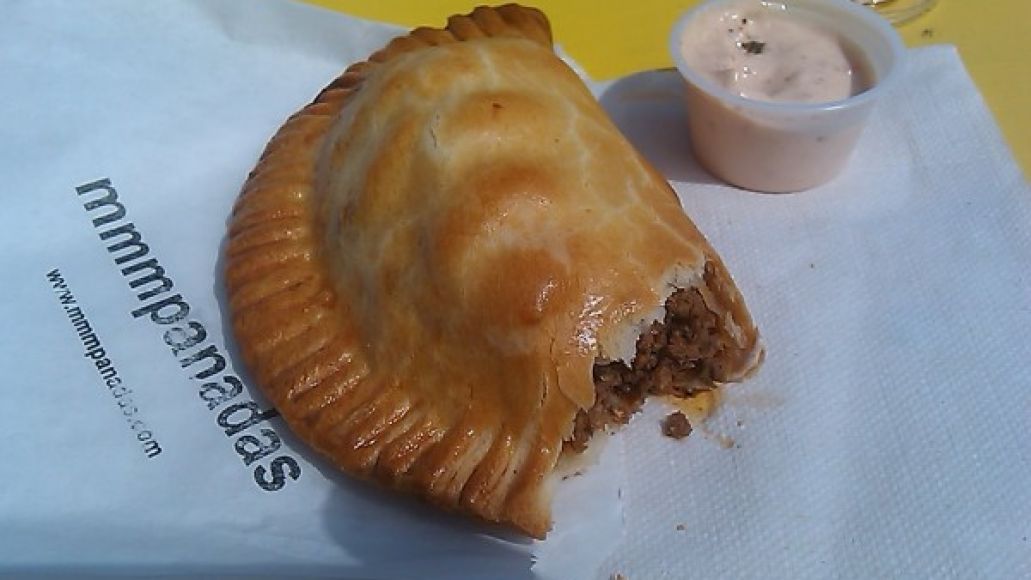