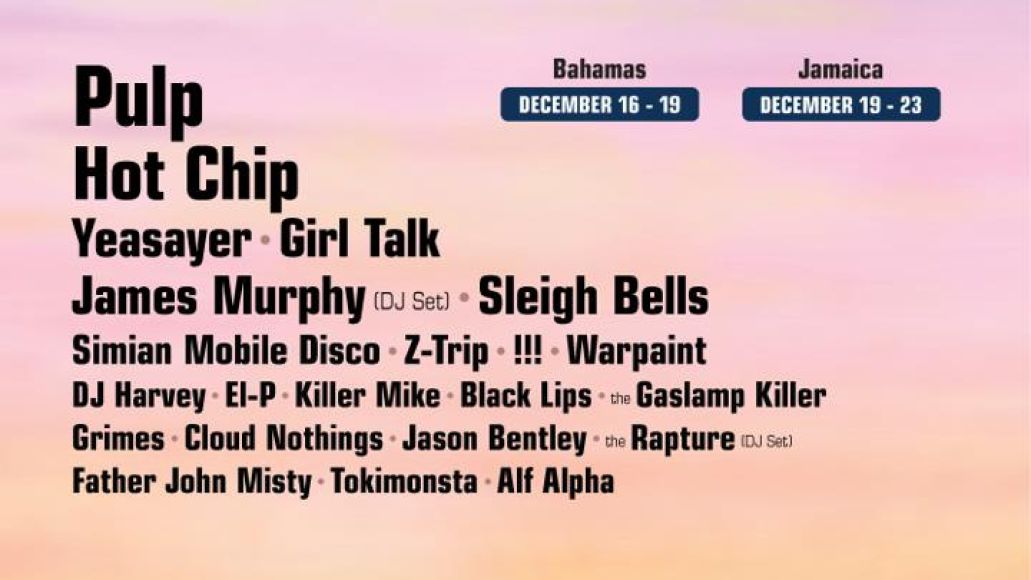 The rumors were true: In December, The Coachella Valley Music and Arts Festival will launch its very own cruise. In fact, living up to the spirit of the festival’s recent expansion, the S.S. Coachella will host two separate cruises: a three-day journey to the Bahamas starting on December 16th and a four-day journey going to Jamaica on December 19th. According to The New York Times, both voyages will take place on a 2,800-person capacity ship called the Celebrity Silhouette, and both will set sail from Ft. Lauderdale, Florida.

Prices for a cabin start at $500 a person for and include lodging, food, and entertainment. Click here for more information.