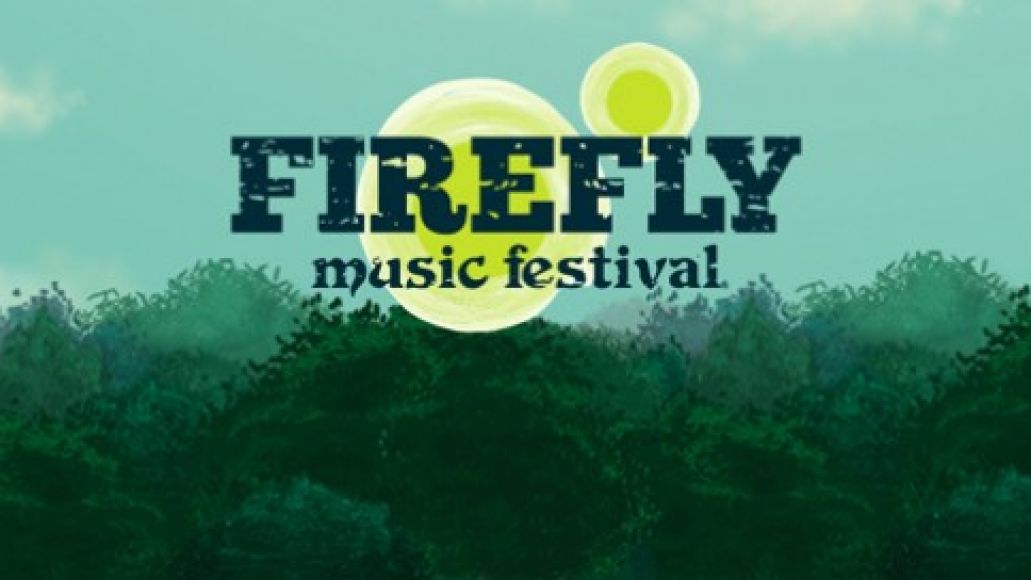 America’s East Coast hasn’t had the greatest luck with multi-day music festivals. Remember Vineland? All Points West? Sure, upstate New York plays hosts to plenty of jam-band and electronica festivals, and NYC has CMJ and Governors Ball-type events, but none of those are really in the same league as, say, Coachella or Bonnaroo. Companies that try to build the next “destination festival” northeast of the Virginias always seem to struggle, so for Red Frog Events to call Firefly Music Festival “the East Coast’s premiere music experience” even before its Delaware gates opened for the inaugural outing showed either a ton of confidence, or severe hubris.

Things looked uncertain one week out; forecasts called for thunderstorms through the first two days, and one of the fest’s highest-billed acts, Passion Pit, canceled their appearance. But Mother Nature kept her potential tantrum to some mild pouting, and Yeasayer stepped up as a worthy substitute for PP. Friday’s rain may have kept attendance down, but crowd control was always well-managed, with attendees snaking through gates like at amusement park rides seeming to prevent the jammed funnel effect that often plagues entrances to ‘Chella or ‘Roo. No more than two acts were ever playing at once, and the stages’ close proximity to each other kept walking down while an alternating schedule and the setting’s natural barrier of trees prevented sound bleeding. Port-a-johns a plenty meant little waiting there, however minimal food options (the best was actually found in the camping area – hello gastroPod!) and water filling stations did lead to some impatient sighing. 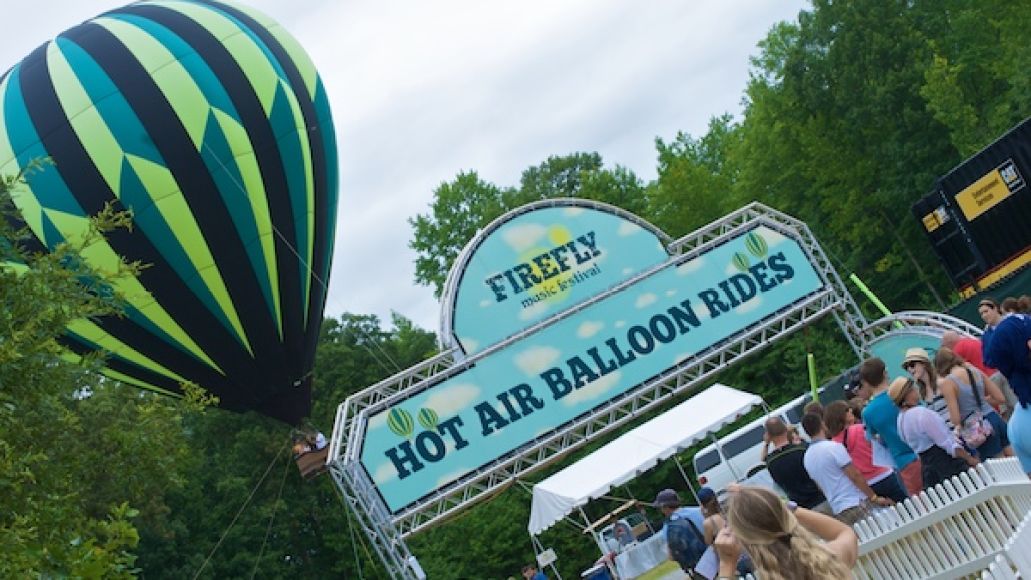 Lack of dietary options wasn’t the only hiccup the festival experienced. Though the staff and volunteers were incredibly courteous, they started out pretty clueless. “We may have the volunteer shirts on,” one young lady told me when I asked where the nearest water station was, “but we have no idea.” Many vendors weren’t given any money for change until well after gates had opened. Security didn’t know what to do with VIPs or media, and it often changed depending on who you asked. By day two, the wristband RFDI chip scanners came out, and things began to run more smoothly, but inconsistencies and policy changes persisted through Sunday. And then there was sound. Everyone from J. Roddy Walston to Jack White experienced some sort of sound issue. Whether it was a mic turned off, a terribly uneven mix, or instruments being entirely muted, no one was safe from some sort of audio inadequacy.

Then again, Red Frog is young. Firefly is young. Every baby bumps his head now and then. What makes you strong is how you carry yourself with all your bruises, and Firefly did a fine job. The crowd mixed happily, relaxing in the Hammock Hangout or shooting skee-ball in the Arcade. Bands, many of which attested to never having played in Delaware before, seemed to enjoy their time in the First State, as well. Wayne Coyne could be seen taking a ride on one of the on-site hot air balloons, while Michael Franti & Spearhead, Grouplove, Young the Giant, and others squared off in a pickup soccer match backstage. Save for some first-year jitters, the inaugural edition of Firefly was a highly promising one. Here’s hoping it can keep its fire burning bright enough to return next year for another round.

Festival Review: CoS at Firefly 2012