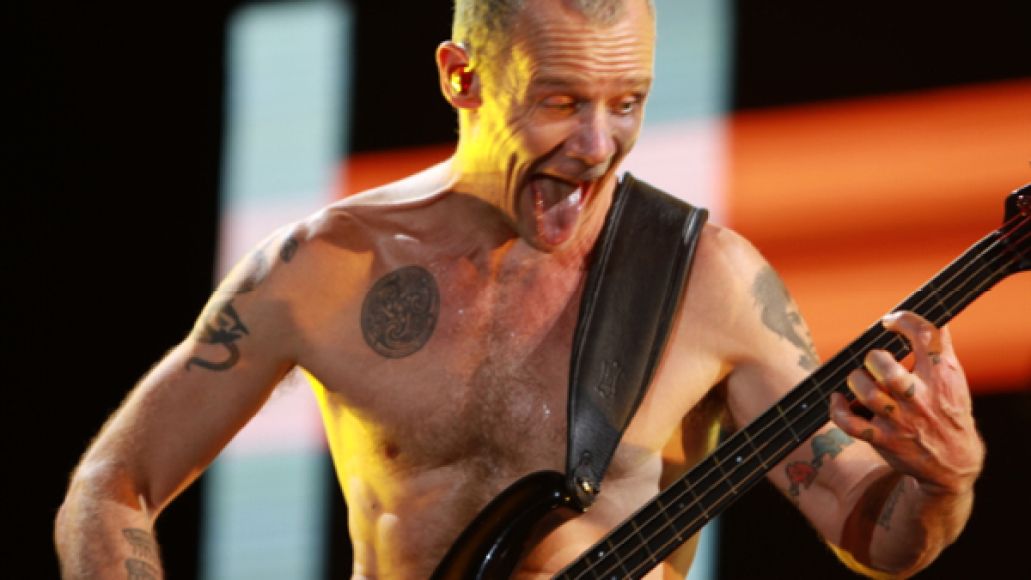 Red Hot Chili Peppers have a slew of singles coming, ex-guitarist John Frusciante has two new releases of his own, and now bassist Flea is about to put out his first-ever solo record. As he announced on Twitter:

“I am putting out an ep i made by myself in a couple of days. it is obscure arty mostly instrumental music, except when patti smith sings. my ep is called helen burns. all proceeds from my helen burns ep will go towards the silverlake conservatory of music. it will be available for down load at any price you want to pay, it will be a donation to the silverlake conservatory of music. will also be vinyl, which i will autograph, and inside will be a piece of a bass string that i have played in concert 75 dollars for that. the information on how to get my helen burns solo flea ep will be coming within the next 2 days

i recorded most of the ep when we finished our tour for stadium arcadium. it is not rhcp music or even close to it. it is a trippy freakout. on helen burns, i play trumpet, bass, synthesizers, drum machine, piano, and a bunch of other shit

Flea first mentioned the Helen Burns EP in an interview with The Los Angeles Times in 2008. “I’m not sure how to describe it but a lot of people have described it as cinematic, like soundtrack music,” he said. “It’s not really a commercial enterprise, it’s not going to be on rock radio or anything. The record is based on the character Helen Burns from ‘Jane Eyre.’ I love Charlotte Bronte and all of the Bronte sisters.”