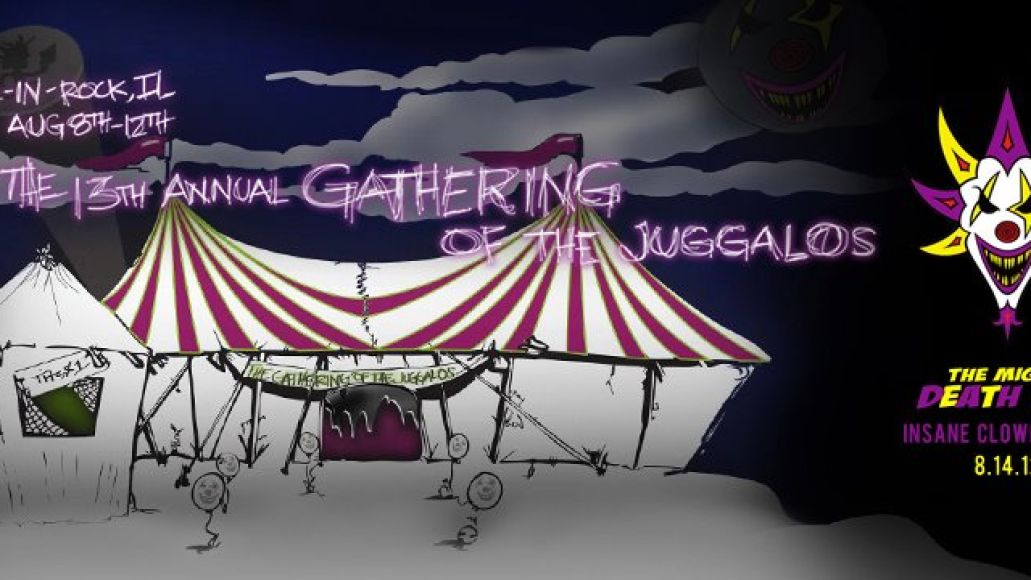 Insane Clown Posse’s famed music festival, The Gathering of the Juggalos, will return to Cave-In-Rock, Illinois from August 8th-12th. And, once again, the lineup pits ICP and its associates alongside rappers, comedians, and professional wrestlers. Unfortuantely, Jack White couldn’t make it.

You can see the full lineup in the festival’s 23-minute infomercial, which is posted below. If you dare, tickets are now available through the Juggalos’ website.

Gathering of the Juggalos 2012 lineup