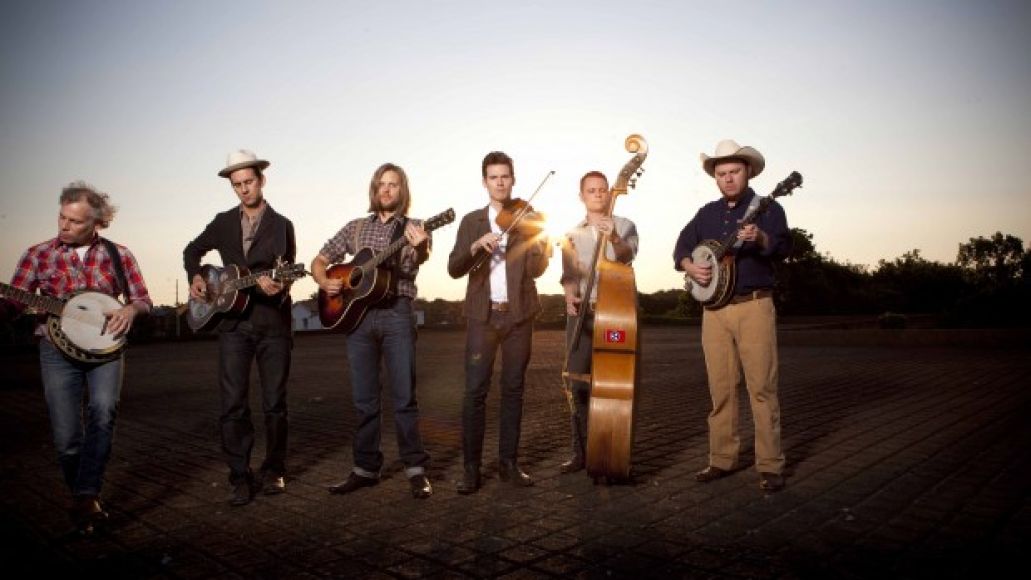 Recently, Consequence of Sound’s Nick Freed likened listening to the music of Old Crow Medicine Show to traveling back in time. Founded by Ketch Secor, Critter Fuqua, and Willie Watson, Old Crow Medicine Show has earned a reputation for playing some of the most authentic, genuine, old-timey bluegrass music out there. Though the members’ upbringing on bands such as Nirvana and the Pixies is evident in the band’s personality, they’re firmly rooted in the idiom’s tradition, committed to maintaining its purity and integrity. Old Crow’s music, as contemporary as it may be, certainly can transcend time.

As Old Crow finished production on their latest release, Carry Me Home, the band saw the return of Fuqua, who had left in 2007. Re-joining a couple of months after the departure of original member Willie Watson, Fuqua is officially back from hiatus despite his absence on that latest disc. Consequence of Sound caught up with Fuqua to talk about his time off, playing with other founding member and longtime friend Secor, and Americana’s rise in popularity. He also told us about being “discovered” by Doc Watson, and what it means to be an ambassador to the genre.

I read an interview with Ketch [Secor] while promoting that album. When Paste Magazine asked about your departure, he said, “I’m not worried about never playing with him again. Other people shouldn’t worry about it either. I’ll be playing with him until I’m an old man.” Seems he was right.

Your return to the group was announced this past January, around the same time that Willie Watson’s departure was revealed. Were these two related, or was Willie’s leaving its own thing?

Willie left before I rejoined the group. I was still in college. I went to school for about three years in Prairieville, Texas, at a little university, for an English degree. Willie had left, probably, in November. The announcements came about the same time, but me joining back was after Willie had left.

Did you return to the band prior to Carry Me Back’s inception? Do you have any writing credits on this album?

No, I don’t have any writing credits. I’m really not on the album. I mean, I came for the last couple days in the studio. I think I played accordion on one track and did harmonies. I’m playing all the songs now, but I’m not really on the album, or did any of the writing. My hiatus was kind of two albums long. [Laughs.] I was on the first couple, then I missed a couple, and hopefully there’s going to be a future one. So, no, no writing credits on the album.

I was looking at who was producing it, and it’s interesting: For a man known for working with Irish-toned punk bands, this album is kind of removed from that influence. [Ed. note: “Carry Me Home” was produced by Ted Hutt, who has previously worked with the Dropkick Murphys and Flogging Molly, among others]. But it still rocks. There’re moments on this album like “Sewanee Mountain Catfight” and “Mississippi Saturday Night” that are just on fire. 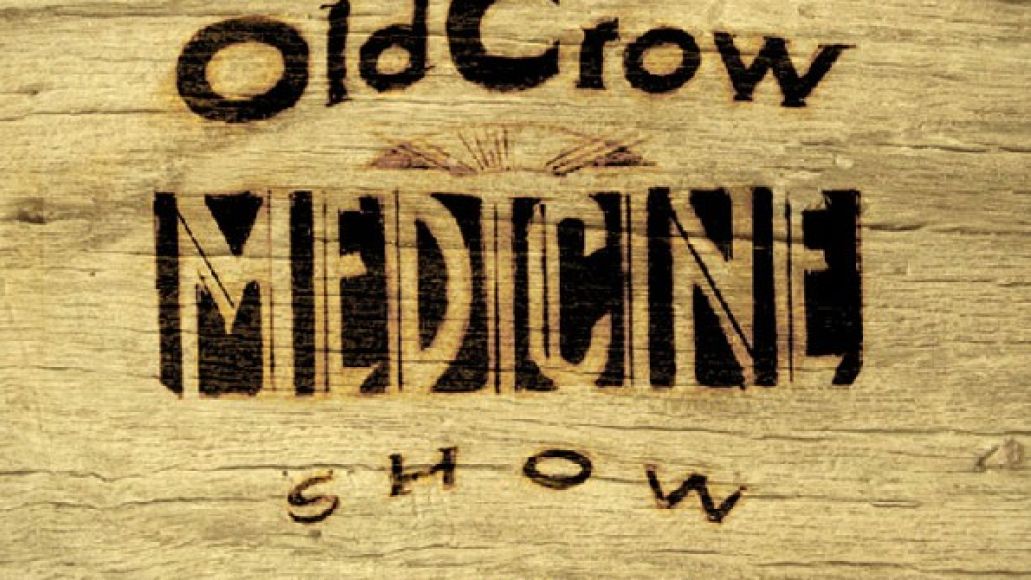 Earlier this year, you and Ketch were touring around, playing small shows, like down here at the Floyd Country Store. Were these warm-ups for your return to the band before you hit the festivals circuit, or did you two just want to get out and play?

It’s kind of both. Initially, we just wanted to get out and play again. Last November, Ketch and I did a show at the Ryman for this thing called TOKENS, which benefited the Room In the Inn, which is a homeless shelter. We played a couple songs as a duo. We played as a duo before. We’ve been playing music together for 20 years, so we thought, “Let’s do a Ketch & Critter tour.” Our booking agent booked it, and we played Nashville… What did we do? We did Nashville…

I know you played down here in Floyd [South Carolina] earlier this year.

Yeah, that was on the same run in January. Nashville, Johnson City, Staunton, Harrisonburg, and then Floyd. It was kind of a warm-up. We just wanted to play together again. But, it was also…with the new inception of Old Crow, we were wondering what the band was going to look like, and I think the core of what we were going to be doing would be.

Me and Ketch hadn’t played together in a while. I hadn’t really played out in maybe four or five years, so I needed to get my chops back. So, Ketch and I did that, and then in March, me, and Ketch, and Morgan did a tour. And then in May, me, and Ketch, and Morgan, and the new guy, Chance McCoy, did a tour. And then we got the rest of the guys, and now we’re starting to play the whole band. So, it’s kind of an organic regrouping.

I would be remiss if I didn’t ask about your Trans:mission Tour of 1998, where you were discovered while busking in front of a pharmacy in Boone, North Carolina. Talk about being at the right place at the right time. Imagine if you had stopped in Hickory or Mt. Airy instead!

We had done that tour in ’98, and after the tour was over, we all decided, for one reason or another, to go to Boone, North Carolina. We were all living in a house there. I think it was ’99 or 2000. We met Doc Watson on the streets of Boone, and his daughter… Nancy? Well, anyway, this lady comes up and says, “Y’all guys are great. Let me get my dad. I’ll be right back.” She comes back with Doc Watson. He loved us, and he got us on Merlefest. When we were at Merlefest, this lady, Sally Williams from the Opry, saw us, and invited us to the Opry Plaza party.

So, we were going back and forth from east Tennessee, and western North Carolina, and Nashville. We started playing there and eventually got on to the Grand Ole Opry.

Sally Williams once said, “You look at them play and you think, ‘The music is alive’.” Even members of your band have described you guys as pulling the music out of the corner it’s been relegated to over the years. Do you think of yourselves as ambassadors of the genre?

Oh, I definitely think we’re ambassadors, among a long chain of ambassadors. I think there’s a bit of revival going on right now. I know when we started, there was old-time, and bluegrass, and Americana. That was the label 10 years ago. But you didn’t see bands playing fiddles and guitars, and banjos, and upright basses, and singing these songs. And now you can’t throw a stone any direction too far without hitting a band that’s got a banjo in it. I think we were a bit ahead of the curve.

There was a folk revival in the ’60s. I think we’re a long link in the chain. We’re among many bands that have carried on traditions that have come before us and given it our own energy from what we grew up with. I didn’t grow up really listening to bluegrass. I didn’t grow up playing it. I grew up playing heavy metal, and hard rock, and listening to Nirvana. And then in high school, Ketch started playing the banjo, and I started listening to the blues. It’s a real organic thing that happens. This music allows for new energy to be infused into it.

I definitely agree with you that there is a resurgence of the genre. But you also railed against the whole bandwagon a few years ago, saying how hot country and Nashville is being diluted. Do you still feel that way?

We railed against the O, Brother bandwagon?

Yeah, it was in an interview, actually.

It was back in 2003, with Matt Dellinger. You were giving him a tour of Nashville, and you asked him if he liked hot country, and when he said “not really,” you replied that he was now in hell.

Yeah. I remember that. No Depression. I remember saying that. I remember Matt Dellinger. I think what I meant by that was that right when we were starting, O, Brother came out, which is a great soundtrack. And I think people linked us with that O, Brother Where Art Thou? thing. We had been doing our thing before that.

I actually love hot, new country. I love its cheese factor. Some of it I hate, some of it I love to hate, some of it I do like. I think there’s a place for it. But it’s an industry thing for Nashville, and I think once Nashville, just like anything, the nature of an industry, just like Hollywood or the book industry, Nashville saw something that sells, and industry people, and artists want that, and are kind of leaning towards that way, when in fact they aren’t really the folk musicians they portray to be. Does that make sense? Like, maybe a hat act. Do you know what a hat act is?

Just a guy with a hat, like a cowboy hat, and [he’s] got a hit song. And maybe he’s got a guit-jo in the band, or a banjo or something, which is fine, but… Does that kind of answer your question?

It’s kind of like the vampire thing with books now. There’s the whole vampire craze, and Twilight started it. I’m not gonna comment on whether Twilight is a good book or not. [Laughs.] But it gets watered down. I love horror fiction. I have some great vampire anthologies that came out before that big craze, and now there has been so much done on vampires, and so much done on zombies, it takes the visceral quality out of it and kind of dilutes it.