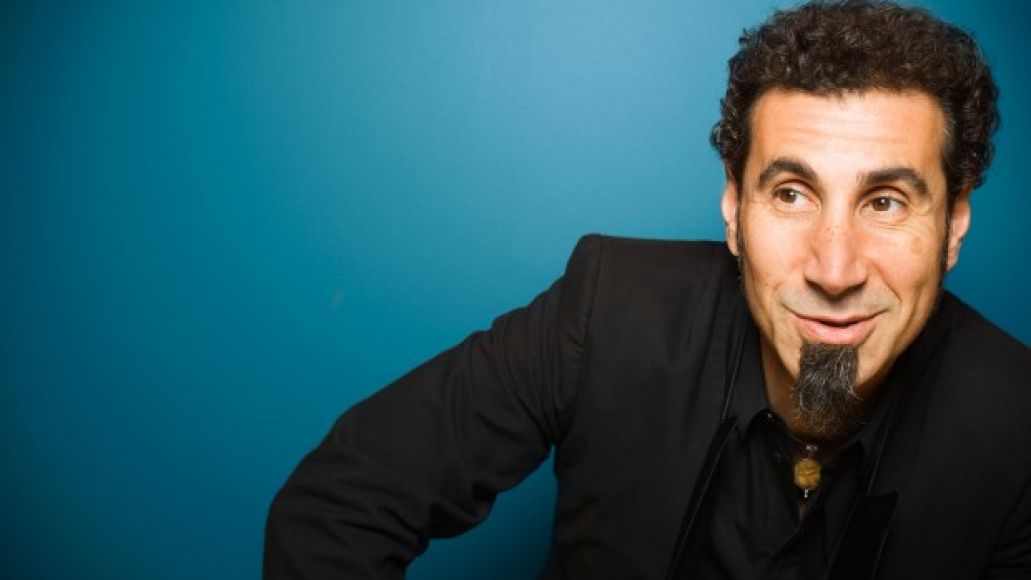 Best known as the vocalist of quasi-prog metal band System of a Down, Serj Tankian is one artist not content with painting the same landscapes. Amidst System’s hiatus, Tankian has been working nonstop this past year, releasing a second book of poetry (Glaring Through Oblivion), developing a musical production (Prometheus Bound), and recording four solo albums: his latest hard-rocking LP, Harakiri; his collaboration with Jimmy Urine of Mindless Self Indulgence on Fuktronic, a soundtrack to an imaginary film; his first symphony, Orca, using non-traditional approaches to the classical idiom; and his venture into avant-garde jazz fused with electronics on Jazz-Iz-Christ.

Recently, Consequence of Sound caught up with Tankian to discuss the surprising nature of the album itself, the importance of evolution and challenges to artists (while also being able to balance the business side of the industry), and the difference between being personal and political in songwriting.

On your website, you said, “I needed a break after the busiest year of my life-2011. We have four new records and a film shot to release, the first and biggest of which is my new rock record, Harakiri.” Early feedback on Harakiri is describing it as you moving back towards fast-paced rock and the rapid-fire sounds of your early career. Do you agree with that?

I fully agree with it. It’s the most kind of upbeat punk, punk rock record that I’ve ever worked on. Reasoning? I have no idea. Harakiri came to me in a flash, starting in early 2011, with the death of all the birds and fish around the world. That ominous event kind of led me to write the title track, and then all the songs just kept on coming to me really quickly. Within two, three months, I had the majority of the record. In a year, I was completely overwhelmed with the musical [Prometheus Bound], the book release [Glaring Through Oblivion], touring with System, touring with an orchestra, and making three other records. But, somehow, we found time and did it. The muse came to me, really, very powerfully, and unfiltered, and I think there’s something to be said about that. It’s very truthful. It is what it is. I did spend a good amount of time working on it, making it as great-sounding, obviously, in terms of technicalities, as possible, and adding a lot of different musical influences to make it kind of colorful, but it is what it is, yeah.

So, you didn’t really have a different approach. It was more that it came to you. There was no set plan.

No. I had not intended to write a rock record last year, at all. It just came. I have no other way of explaining that. It’s really cool in that sense, because it’s expression in a very pure way.

You’ve indicated before in interviews that you’re not too worried about being one of those artists that falls into a rut, worrying about what other people are going to be thinking about you, because you’re changing so much. From what I can tell, you gather that it’s an artist’s responsibility to constantly creatively evolve and change, otherwise, and I want to quote you, “What’s the point of doing it at all?” 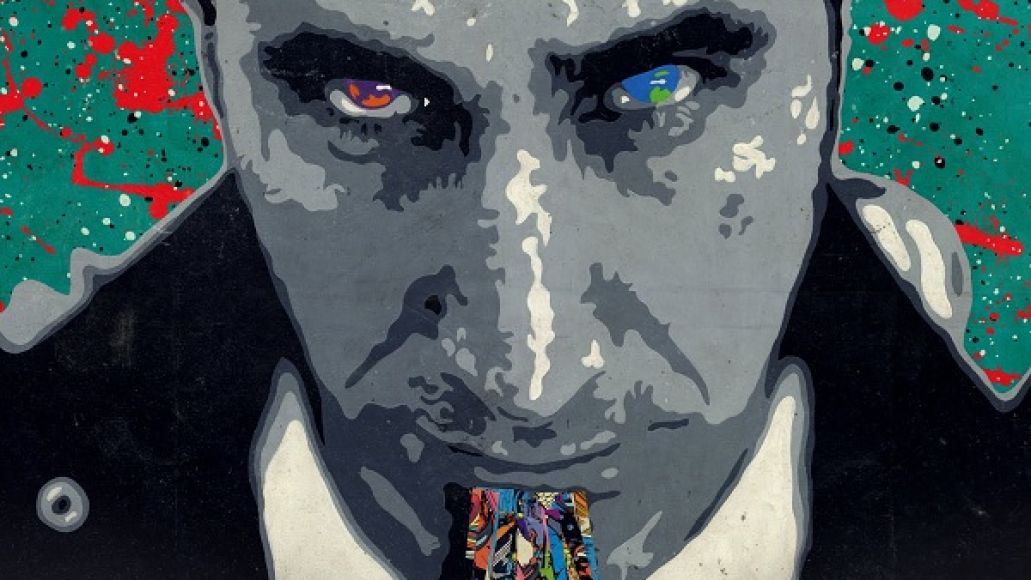 So, [Harakiri] definitely lends itself to that.

I like working on different things. As a composer, I don’t want to stick to one genre. I don’t want to stick to one brush. That’s why within the same year I finished a rock record, Harakiri, which is our main release right now; we also have a jazz record called Jazz-Iz-Christ that I did with three other friends, an electronic project called Fuktronic that I did with Jimmy Urine from Mindless Self Indulgence, and my first actual classical symphony called Orca. All finished within the same year. I just like working on different types of music. What I find confounding is what people find confounding about artists that do different things.

It’s quite interesting to me for the human mind to expect an artist to write the same record over and over again or write it a little differently than before to please their audience. I think that’s lame. Maybe it’s commercially satisfactory for most people, but as an artist, that would be artistic death, wouldn’t it? But the whole industry’s based on that. Everything’s based on the last record that you do. Everything’s based on the last impression that you made, instead of an artist making different types of records. A good chef can make a pizza, and he can make a Cordon Bleu. They both taste good, but most people will eat the pizza, and it’s not because he’s not a good chef. [laughs]

No doubt. But you have been one of those artists who has definitely balanced an evolution with the ability to be successful in business, if you will.

The label doesn’t seem to be wanting to cut you loose because they’re worried about you failing… (he laughs). You don’t necessarily have the pressures of some people, but you still have that pressure, and you balance it well, while still being able to please people who are longing for the next System record or who are longing for the next Serj record.

Yeah. I’m very grateful, because I was in my ’20s when I realized that music was my calling. I started it late. I’ve been in many industries. I’ve done many things for a living. I’ve owned my own software company. I’ve had a good amount of experience before getting into the arts, so pressure, people’s expectations, the hype, the fame, all of those things, really, I take everything with a grain of salt. I make the type of records that I want to make, that I’m pushed to make through the Muse. I say the things that I believe in my heart, with the right intentions, and I put it out there. People seem to like it. If they don’t like it, that’s cool, too.

You often speak about your desire to incorporate various styles of art into your musical world. Where did your love and passion for art come from?

That’s a good question. I think [it comes] from the freeing sense that music and art gives one. Culture is beautiful. You look at different cultures around the world, and it’s the most important aspect of our differences. Our politics, our flags, our land lines, our borders, they’re not as important as our culture. Our culture is the most important, beautiful part of our diversity on this planet. The arts and music, they are the things that really make us different from other animals, first of all. And also, they make us aspire to something beyond our individual goals and dreams, something collective, something way bigger and more important.

And they’re freeing. Growing up listening to music, it was one of the things that saved me in some ways, as most people tend to tell me now. You know, they’re like, “System’s music, or your solo records, they saved my life.” They say stuff like that, and it’s a huge compliment. And I take that with a grain of salt as well, of course. [laughs] Music has that freeing, emancipating quality and an inspiring quality, an awe-inspiring quality that’s very unique.

This is a little off topic, but relating to culture: Why did your family immigrate to the US in the mid-70s?

Lebanese civil war. My dad wanted to immigrate even before the civil war. He was here in ’72. My uncle lived in New York, and he was trying to get visas for the whole family to come over. We came to the US for many reasons, for freedom of expression, for opportunities, economic opportunities. My dad wanted to bring us to a great country. Coming from Lebanon [laughs], that’s not hard.

How did you adjust as a child?

Interview: Serj Tankian (of System of a Down)