When The xx released their self-titled debut in 2009, the UK trio became auteurs of their class. Deemed as “hipster party music”, as melancholic and romantic and sorrowful, their music cascaded across genres and innately fit the dynamism of our age. And so it’s the mystery of The xx – the androgyny of Romy Madley Croft, the solemnity of Jamie Smith, and the sensuality of Oliver Sim – that led up to last night’s performance at The Fonda Theatre, that monolith of old Hollywood charm. With its sweeping, dramatic ceilings and a quirky, sometimes odd, LA crowd, it was a scene befitting the craze and rumors around The xx’s first stop on their US tour to promote the September 11th release of their sophomore album from XL Recordings, Coexist. 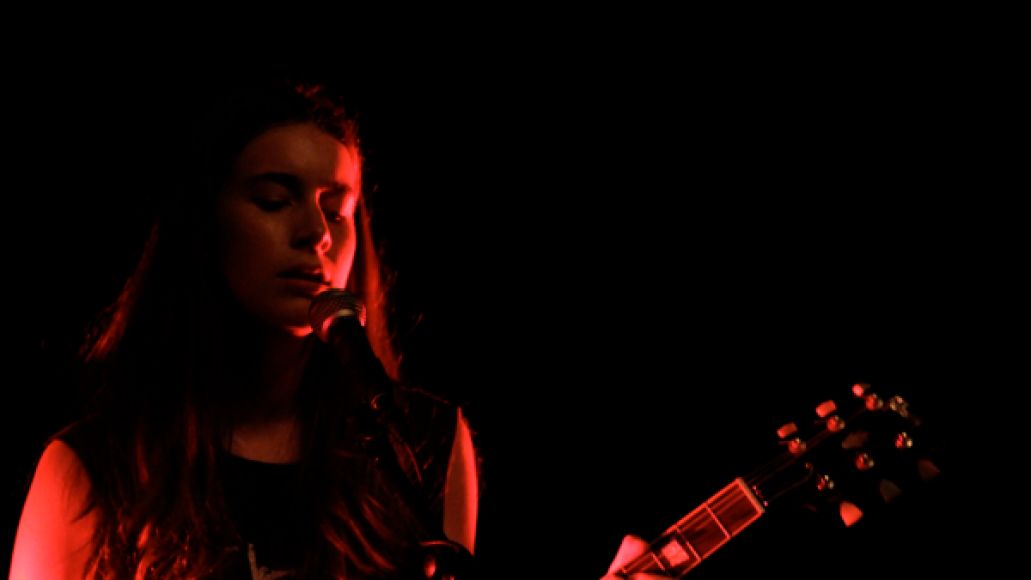 Openers HAIM – three sisters from the Valley, barely legal in ragged cutoffs and other handmade wares – are already listed as rising stars on sites like Stereogum and Vogue. There’s Alana, the youngest at 19, on vocals, keys, and maracas; Danielle, 22, lead vocals and guitar; and Este, the oldest at 24, shredding it on bass guitar. Danielle was reminiscent of a young Patti Smith, her voice poetic and precocious, ripping apart the vocals on tunes like “Go Slow” from their recently released EP, Forever. The highlight of the Haim sisters’ performance was the last song of their set, “Let Me Go”. It concluded with all three banging on individual bongo drums with drum sticks, building to a delightful crescendo. It was unexpected, it was triumphant – it was metal.

After a brief set by Jacques Greene, the lights darkened once more and a marbled, luminescent “X” lit up the drawn stage curtain. The audience roared. Almost immediately, the curtain collapsed, revealing The xx onstage, traced like black blocks in a marine sea of light. They started with “Angels”, their widely publicized single from Coexist, but soon transitioned into a long stream of songs from xx. “Crystalized” was slowed and stripped down, more of a meditative poem than a song, while “Fantasy” was one of the stand out performances of the night. 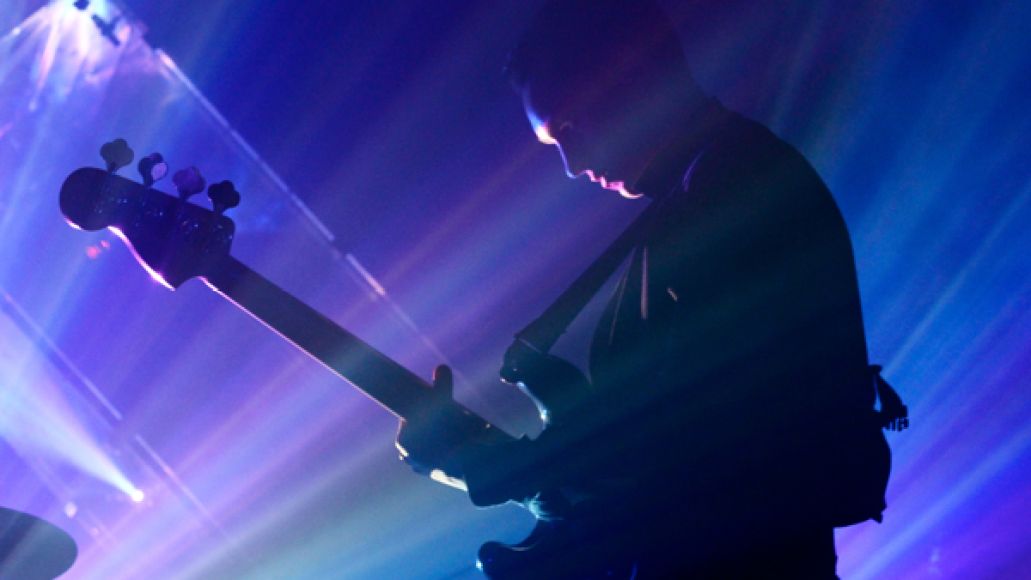 The night’s wealth of Coexist material was quite impressive, particularly “Reunion”, “Sunset”, and “Swept Away”. The songs are still concerned with The xx’s traditional themes (e.g. love, devotion, jealousy, heartbreak, regret), but they take the band’s characteristically catchy harmonic riffs and pair them with upbeat dance rhythms. It’s nothing too flashy, but rather in the style of post-dubstep and underground club artists, of lounge tempo.

The moods tied with their latest material are inciting, rather than subdued, similar to past tracks like “Islands” and “Basic Space”. And with their epic, sailing guitar riffs that rear from spacey harmonic drifts to whale calls, they effectively painted the night sensual. Croft and Sim’s style of singing back and forth in an electronic, elusive duet lends as much intrigue as the music itself, and in the end, it seemed as if the overwhelming amount of couples in the crowd were there to feast on the pair’s chemistry as much as the music.