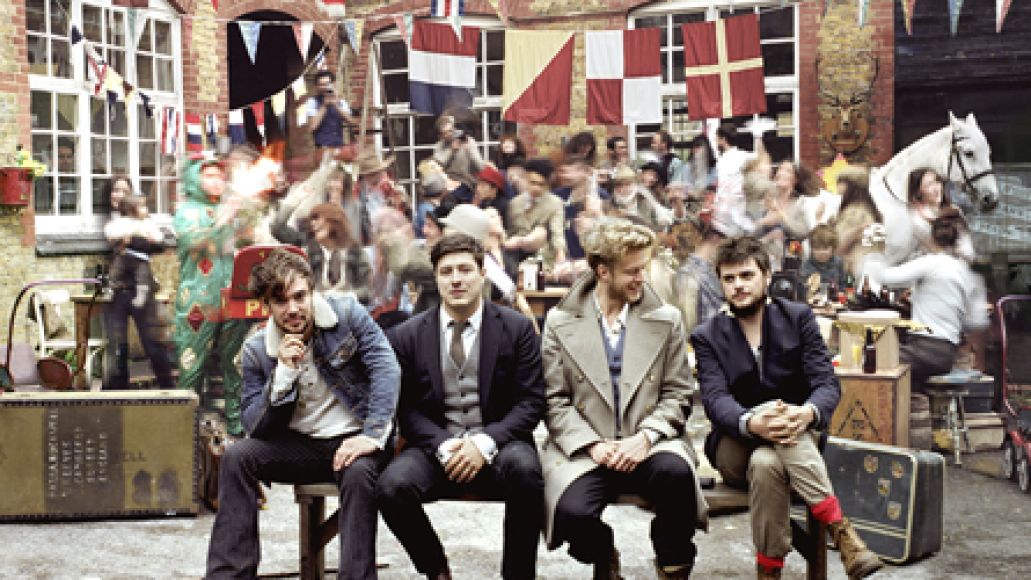 Mumford and Sons will return on September 25th with the follow up to their smash debut, Sigh No More. The band’s sophomore LP is titled Babel and includes 12 tracks, many of which have been previously performed live. Below, we’ve compiled fan footage of eight new songs.

While Sigh No More was completed in just five weeks, the band spent a year and a half recording Babel due to their heavy tour schedule, reports Rolling Stone. Markus Dravs, who also helmed Sigh No More, served as producer. The end result is is said to feature “heavier emotions,” but does not stray far from their trademark acoustic sound. “The ingredients are very much the same: the four core instruments and a lack of a drummer, which can give it that strange, simple, unique sort of sound,” bassist Ted Dwane told Rolling Stone. “I don’t think we were looking to be too crazy and experimental.”

As previously reported, Mumford and Sons will precede the album’s release with a U.S. tour in August, which includes four Gentlemen of the Road Stopover mini music festivals. Check out their full docket at the bottom of the page.

“Whispers in the Dark”:

“Ghosts That We Knew”:

“Lover of the Light”: