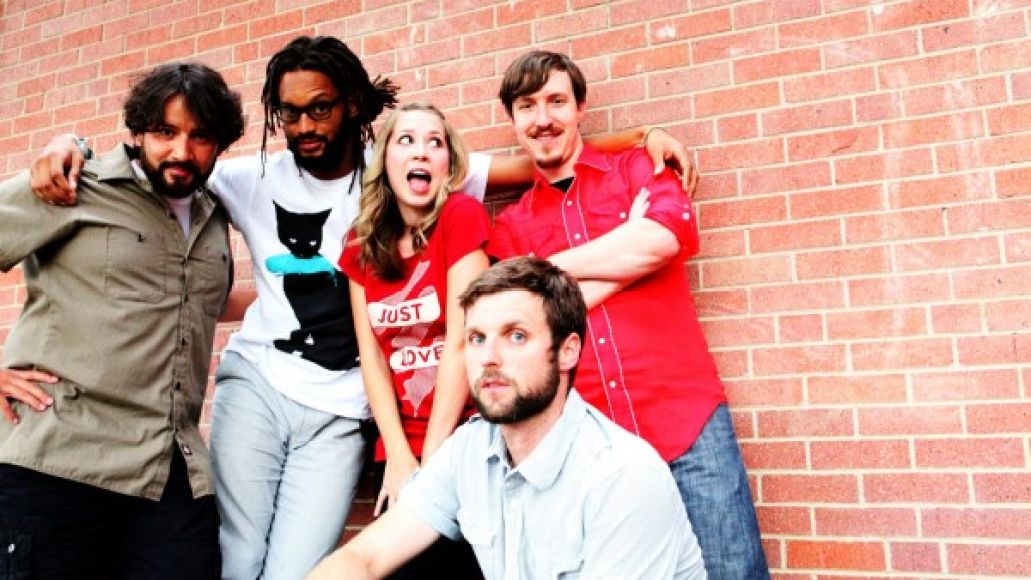 Far removed from the rap Meccas of New York and the Dirty South, Denver is home to a plethora of lyricists with skills as cutting as the Rocky Mountains are grand. Among the established local acts is the Flobots, whose deft fusion of rap, reggae, strings, and alt-rock has garnered them loads of praise since forming in in 2000. Led by rapper Jamie “Jonny 5” Laurie, the outfit first tasted fame outside the Mile-High City with the single “Handlebars”, off their 2008 debut, Fight with Tools. Their 2010 sophomore record, Survival Story, saw the group amp up the noise, bringing in more metal influences to add a sheen of angst to their political-yet-poppy sound.

In a recent interview, Jonny 5 said the group’s upcoming third album, The Circle in the Square, would feature a return to the catchy anthems of Fight With Tools, while exploring new ground with “sparseness and space, layering more vocal melodies, bringing in new types of beats and even a sprinkling of samples and guest artists.” You can heard this on the second single off the album, “Gonna Be Free”, which burns with Fugees-like harmonies and strings that devastate with a simple, pounding rhythm that slowly escalates behind Jonny 5’s threat, “I came to fuck shit up.” Check it out below.

Circle In The Square arrives August 28th via Shanachie Records.