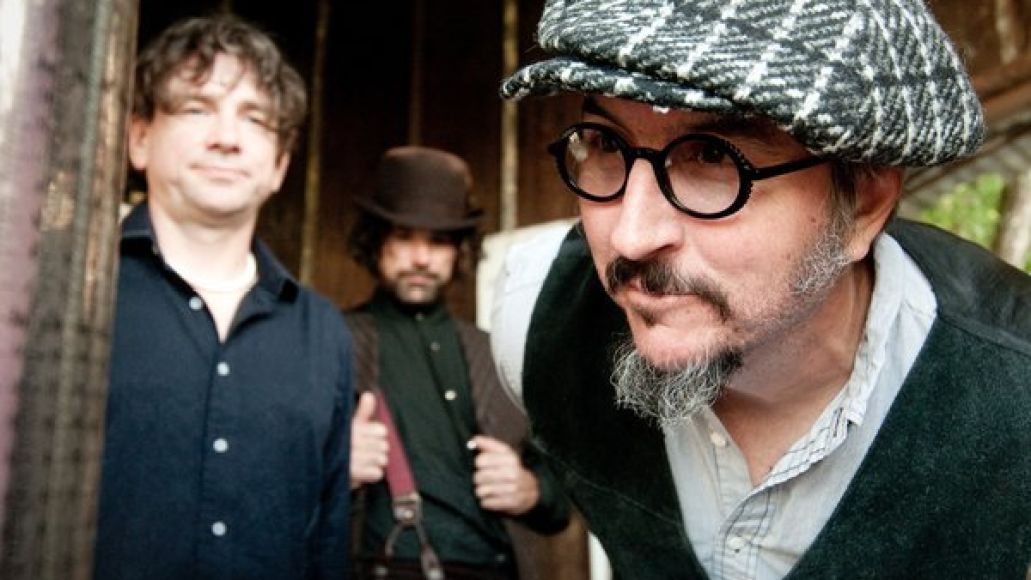 Forget about Tupac and Freddy Mercury holograms: Primus has announced the first-ever 3D-enhanced tour. The 21-date jaunt will feature two sets per night, and utilize a special 3-D backdrop screen as well as a quadraphonic sound system to create a “really trippy” experience for fans, according to Billboard.

Each attendee will be issued 3D goggles, and the band plans to “actually turn around during improv sections (of the songs) and sort of jam along with our visualist and images that are being created especially for this tour.” Frontman Les Claypool also promised that “every show will be different. Different environments, as far as venues, are going to lend themselves to different experiences, depending on where you are and whatnot in the crowd. It’s very heady. People that are going to be moshing around probably won’t get any of this, but the heads will get it.”

The outing kicks off on October 12th in Poughkeepsie, NY and wraps up on November 10th in Miami, FL. Along the way, the band will make an appearance at Moogfest in Asheville, NC. Claypool mentioned that this leg is a dry run of sorts for future jaunts, adding that the trio is ”working to potentially expand it, depending on how it goes. It’s one of those things. We’ve got to see how it goes.”

Check out the full schedule below, followed by the music video for “Lee Van Cleef”, off last year’s Green Naugahyde.