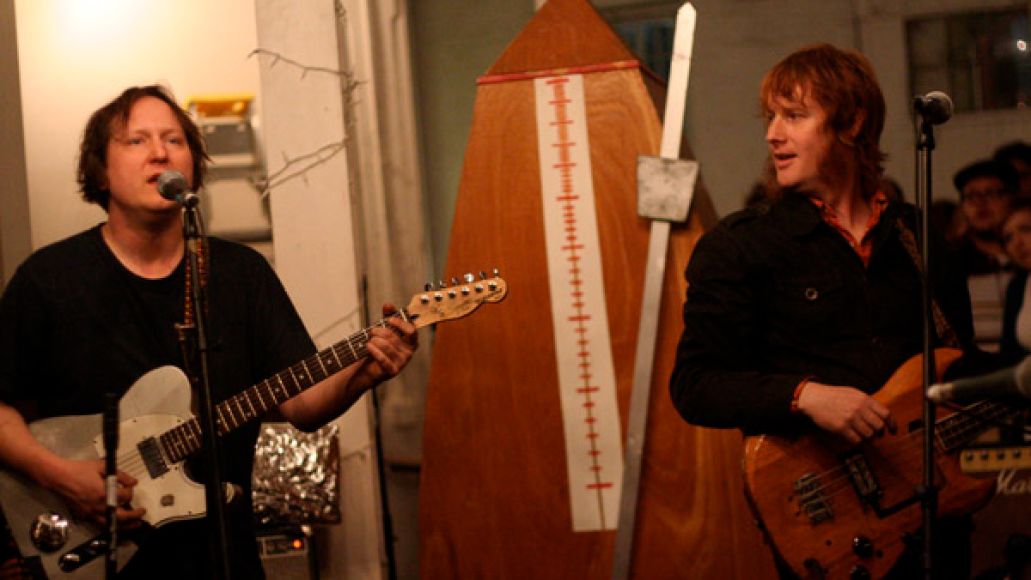 Bill Doss (right), photo courtesy of You Ain’t No Picasso

Olivia Tremor Control leader Bill Doss has died, according to the band’s website. The cause of death is currently unknown, but Doss was performing live with the band as recently as two weeks ago at Pitchfork Music Festival. He was 43 years old.

A statement on the band’s website says, “We are devastated by the loss of our brother Bill Doss. We are at a loss for words.”

In addition to his efforts with Olivia Tremor Control, Doss co-founded the famed Elephant 6 Recording Company, and spearheaded a solo project called The Sunshine Fix.