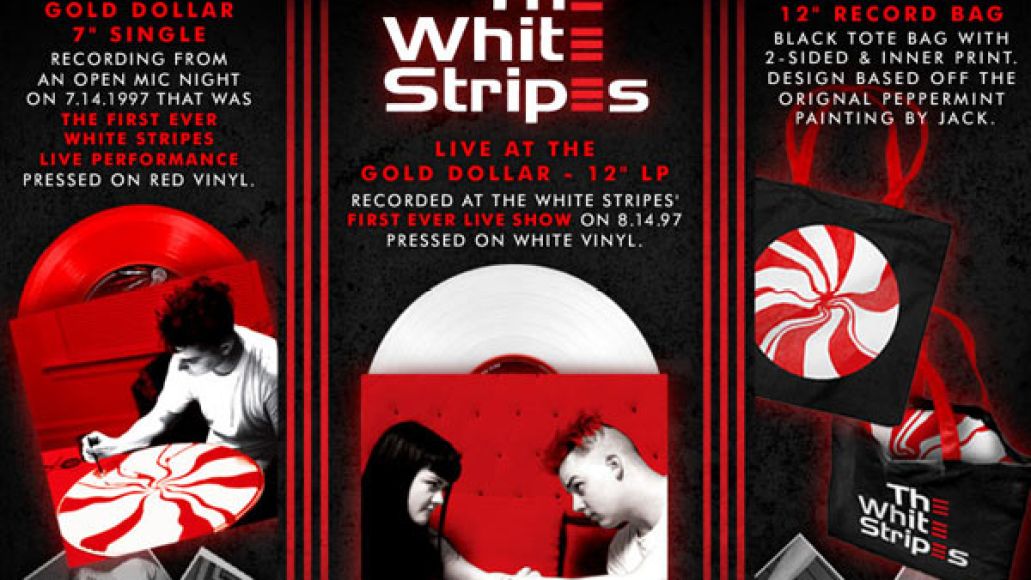 Record label memberships continue to have its privileges as this quarter’s package from Third Man Record’s Vault subscription service features a vinyl recording of The White Stripes’ first-ever concert. Recorded at the Gold Dollar in Detroit on August 14th, 1997 while the band was opening for Rocket 455 and ‘68 Comeback, the soundboard recording includes early renditions of  “Screwdriver” and “Lafayette Blues”, as well as a cover of the Stooges’ “TV Eye”.

The final item in this month’s package is a tote bag featuring The White Stripes’ iconic peppermint logo, which was painted by Jack White around the time of these Gold Dollar shows.

Check out Third Man Record’s website to join the Vault.