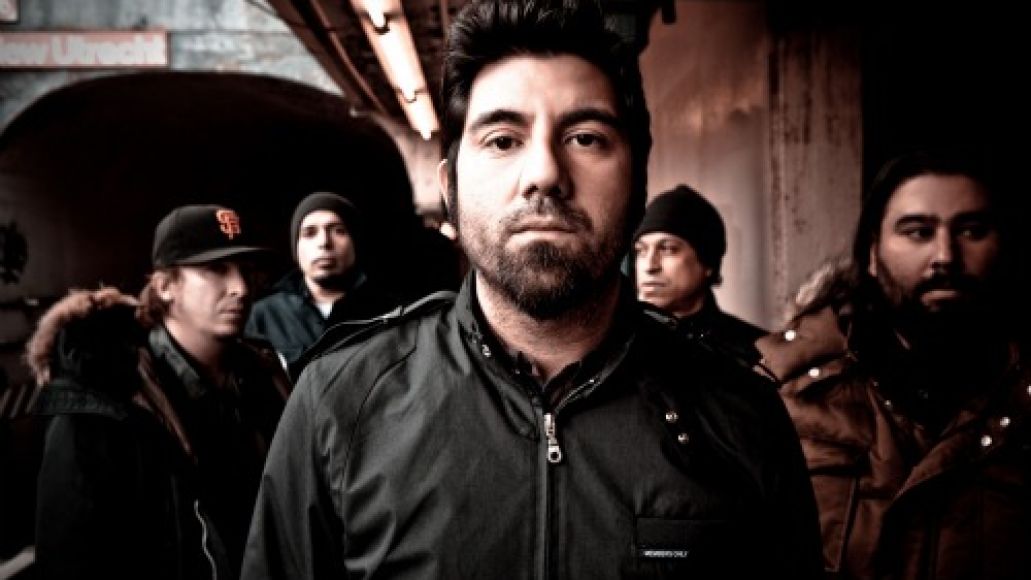 Deftones may have offered the first taste of their next studio album during a recent concert at Warner Bros. Records. Check out a recording of a track called “Rosemary” below (via Antiquiet).

Update: Deftones were back in action last night at the Troubadour in Los Angeles, and they debuted another new song. Watch fan footage of “Roller Derby” below.

In an interview with Billboard earlier this month, Deftones frontman Chino Moreno said the currently untitled album was produced by Nick Raskulinecz (who also helmed 2010’s Diamond Eyes), and will likely be released in October. Sonically, he described the album as “not a super fast or slow record. It’s very dynamic.”

Moreno added: “Some of my favorite things about Deftones are the dynamics. Yes, we’re a heavy band, but we’re not just in-your-face aggro the whole time, punching you in the face. There’s a lot of aggression in some of the music, but there’s also this very soothing element where there’s a lot of soundscapes rather than attack, attack, attack the whole time. I understand that’s a big part of our sound, but I really feel like we reached a peak on our dynamics on this record with those two qualities — the beauty of something and just straight, ruthless aggression.”

Ahead of the album’s release, the band will tour with System of a Down and appear at a number of music festivals. Check out their full schedule below.