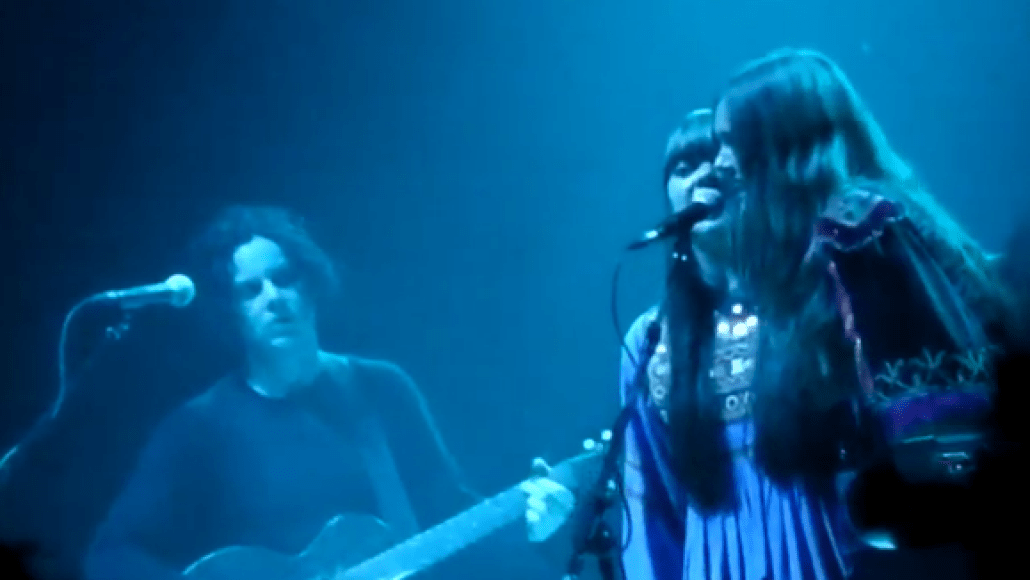 First Aid Kit initially covered The White Stripes’ “We’re Going to Be Friends” alongside Bright Eyes as a contribution to the Cool for School: For the Benefit of the Lunchbox Fund charity compilation. At a July 2nd gig at Paris’ Olympia, Jack White invisted the sisters SÃ¶derberg, who are opening for his European tour, on stage for a truer rendition of the song. White, whose Third Man Records released First Aid Kit’s 2011 single “Universal Soldier”, took lead while the girls provided back-up, resulting in a performance that was as happy-go-lucky as any campfire singalong. Watch the replay below (via Fake Walls).

In other news, First Aid Kit recently took part in BBC 6Music’s celebration of The Rolling Stones’ 50th anniversary, covering the band’s 1965 classic “Play With Fire”. Stream it below.