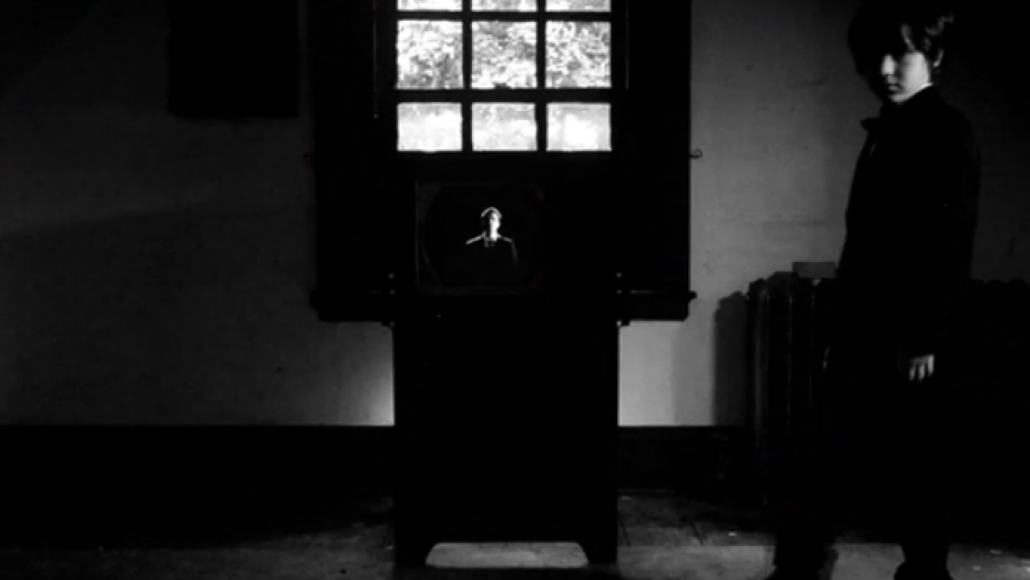 It may only be July, but The Walkmen are already going for Halloween-esque displays of terror in the music video for “The Love You Love”. Shot in an old haunted house in Philadelphia, the clip features a young boy (played by guitarist Paul Maroon’s son Otis) with eerie psychokinetic abilities, messing with the home’s gravity and dropping household objects onto a TV airing a performance by frontman Hamilton Leithauser. If the wanton property damage doesn’t excite your inner teenage boy, the chills generated by the younger Maroon’s performance should be plenty to battle this awful heat. Watch it below.

The band’s latest album, Heaven, is out now via Fat Possum/Bella Union.

Video: The Walkmen - "The Love You Love"