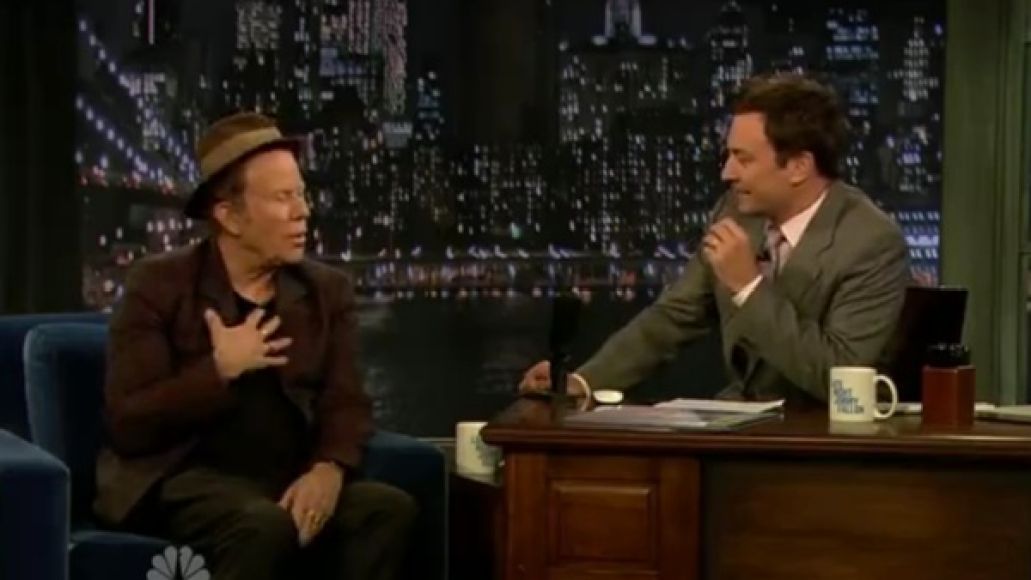 For the second consecutive night, Tom Waits appeared on the late night circuit. This time, the legendary singer-songwriter was a guest on Late Night with Jimmy Fallon, where he showcased the Bad As Me cut “Raised Right Men”. As he so often does, The Roots’ ?uestlove summed it up best: “Man. you aint lived til you seen Tom Waits sing in the flesh.”

Waits also took part in a brief interiew prior to the performance, discussing his experiences in New York between cracks about the Rock and Roll Hall of Fame and the true meaning of the Sheraton Hotel. Watch the full replay below (via The Audio Perv), and be on the look out for a random appearance by Jon Hamm.

If you missed it, Waits performed “Chicago” and talked about 19th century rat traps on Monday night’s episode of Late Show with David Letterman. Watch it here.