The waters have been choppy for the members of Bloc Party in recent years. After lighting the indie world on fire with their 2005 debut, Silent Alarm, the artful post-punks branched out from their math-like guitar rock ways with mixed results, and by 2008’s Intimacy, the band (having more or less turned a new musical leaf into more expansive electronic territory) had been reduced to an odd shell of its former self. The band’s 2009 hiatus only cast further doubt as to when, if ever, the Bloc Party of old would return.

All of which has made Four, the band’s long-awaited fourth full-length album, one of the most curious releases of the year. The questions were many: What effect, if any, would the band’s extended retreat have on the album? Would the band push itself further into the electronic abyss or circle the wagons back toward its post-punk origins? Or would it take a stab at finding the civil middle ground between its guitar rock past and its more recent Radiohead-esque electronic endeavors?

Fortunately, Four addresses such questions in short order. The time off seems to have refocused and re-energized the band, which doesn’t simply reverse course, but pulls a screaming U-turn toward those long-lost art punk sounds first heard on its debut. It’s a jerky, dark, and layered record, complete with the kind of adept musical craftsmanship the London band first built its name on. On Four, Bloc Party learns the valuable lesson that sometimes the only way to move forward is to go back where you came from. And like a musical game of Jenga, the band rips out the pieces and starts again with equal parts precision, raw force, heart, and intellect.

Album opener “So He Begins to Lie” starts off with a little bit of studio trickery. The track opens with what appears to be an aborted take, complete with back-and-forth discussion amongst band members, something which cleverly plays as a commentary on the disjointed nature of the band over the past few years. But the track soon takes glorious flight, immediately locking into the fragmented, postmodern rock of the band’s heyday. The production is crisp and vivid, and the band sounds more alive and in its element than it has in years.

Most everything else on Four falls into place from there. “3×3” is a dark, driving slab of guitar rock featuring several cryptic non sequiturs from frontman Kele Okereke (“No one loves you”, “No means no”), while “Kettling”, perhaps the record’s heaviest track, calls to mind “Adrenaline”-era Deftones, complete with Russell Lissack’s crunching guitar lines and Matt Tong’s ample, well-defined drumming. Both tracks find the band firing on all cylinders, which only makes their missteps all the more confounding.

But the album is more than just a cranked-up return, as Four also excels in its quieter moments. “Day Four” pulsates with dreamlike guitar timbre reminiscent of The Cure, its sweetness counterbalanced by Okereke’s dark lyrics (“I’ve felt death/ Rising from me/ From my fingers/ And out my mouth”). “The Healing” is a similarly textured, New Wave-inspired track, and it is every bit as forceful and magnetic as the record’s more high-decibel fare.

But that said, Four is ultimately a loud, turbulent statement of re-purpose, and it doesn’t go out with a whimper. “We Are Not Good People” closes by pushing back against the record’s more delicate tracks with buzzsaw energy, tapping into a fuzzed-out, low-register ethos that calls to mind Death From Above 1979.

The back-to-basics record is hardly a foreign concept. But while Bloc Party isn’t the first (and won’t be the last) band to retreat into their old sounds, they needed it, and Four wins by virtue of the band’s willingness to give in to the urge. The tendency for so many bands is to push forward and find new terrain, to avoid getting trapped in one place. But reaching too far outside of the band’s musical safe place would have put it in an equally tenuous position. If Bloc Party had to stray from what they know best on their most recent records in order to gain some perspective, the end results on Four prove that time worthwhile.

Essential Tracks: “So He Begins To Lie”, “Ketting” 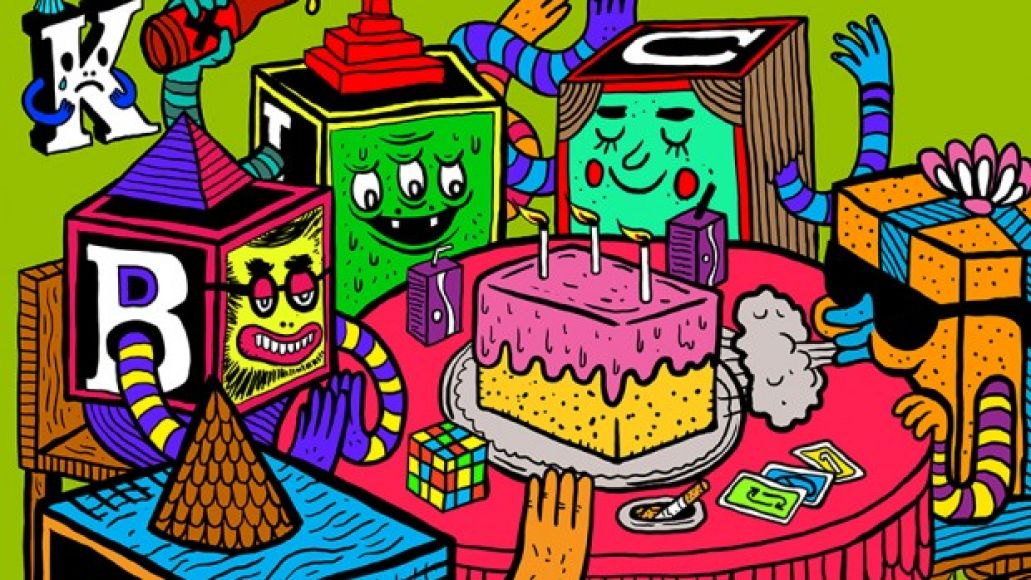