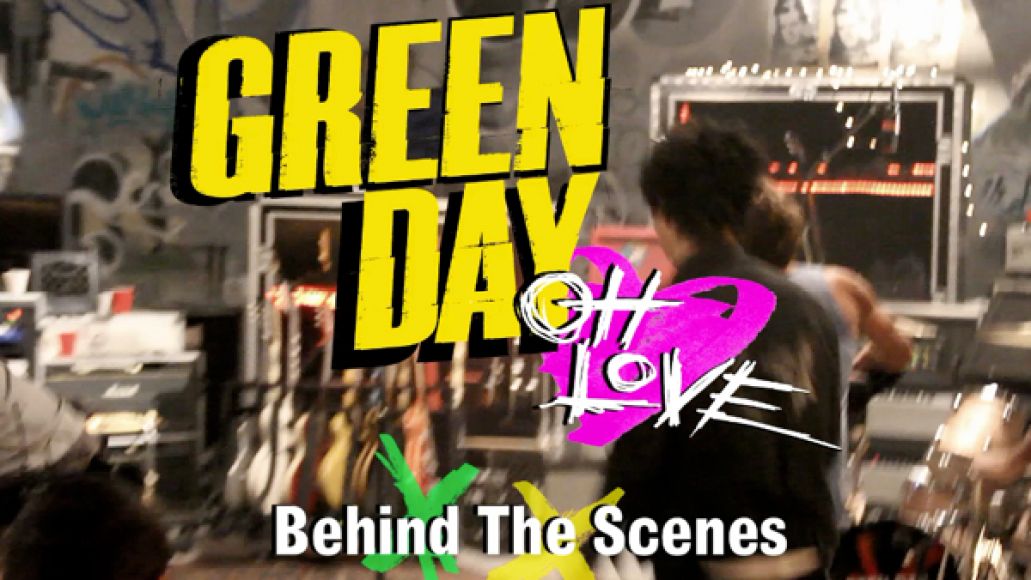 Green Day is just days away at unveiling their official video for “Oh Love”, the first official single off their forthcoming ninth studio LP ¡Uno!. Today, Consequence of Sound has a behind-the-scenes clip that previews what fans might expect to see in the upcoming Samuel Bayer-directed video.

Scantily-clad women, graffitied walls, and dozens of guitars surround frontman Billie Joe Armstrong, Mike Dirnt, and Tre Cool. As always, the trio remain a thrill to watch, and after nearly two decades of carving out timeless (and award-winning) music videos, they’re more or less pros at the game. Watch the clip below, and tune into MTV or MTV.com on Wednesday, August 15th at 7:49 p.m. ET to see the full shebang.

¡Uno! hits stores on September 25th via Reprise Records. Pick up the single via iTunes. The band’s other two new albums, ¡Dos! and ¡Tré!, will be released on November 13th and January 15th, respectively.

Behind the scenes of Green Day's "Oh Love" video (CoS Premiere)