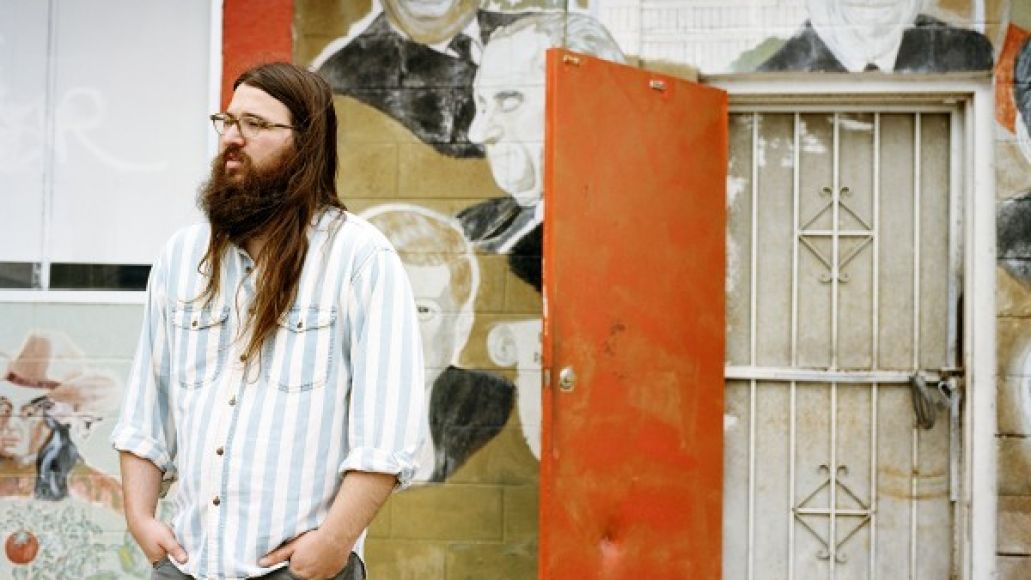 In Richmond, VA, Matthew E. White is working on the Spacebomb Sound.

Before him, it was Booker T. Jones down in Memphis, TN, who in 1962 was under the employ of Stax Records. Booker T & The M.G.’s would categorize the ur-funk of the Stax Sound. Up in Detroit, the porous group The Funk Brothers were under the employ of Motown Records and defined the Motown Sound by playing on nearly every single the company released from 1959 to 1972. And over in Philadelphia, MFSB (Mother Father Sister Brother) comprised about 30 players that defined the smooth Philly Sound in the early ’70s, backing bands from The O’Jays to Teddy Pendergrass at Sigma Sound Studios.

These musicians were part of the working class, masters of their crafts, and with a steady job to look forward to at a record label playing horns for Diana Ross and Rufus Thomas. Whole charts were written for songs, scores were distributed among the bands, and songwriters worked with these professionals whose job it was to not only translate the performer’s vision, but to define it.

Two generations later, the model has been gathering dust on the covers of Otis Redding and The Temptation singles, buried in the grooves of Wilson Picket 45s or Marvin Gaye’s What’s Going On, tainted by the idea of a “studio musician” as a faceless Julliard grad who probably toured with a Top 40 act at some point in his or her life. Over the last few decades, the idea that a studio or a record label could employ a house band with as much character or soul as Stax, Motown, or Sigma Sound was unheard of.

Matthew E. White and his band at Spacebomb Records want to be heard of.

“They were making music in a very 9-to-5, working-class musician type of way,” White said to me over the phone. “It’s something that I relate to as someone who’s done work-for-hire work. I feel comfortable in that environment. It’s also really cost efficient to make music that way. That’s why they were doing it … and it’s some of the greatest music ever made in the world.”

White started getting more gigs as a music director and arranger for projects recently, like the Sounds of the South, which re-imagined Alan Lomax songs with Megafaun, Justin Vernon, Sharon Van Etten, and White’s other band, the avant-jazz combo Fight The Big Bull (check out video of one of the songs here). And most recently, White got a nice gig writing the arrangements for The Mountain Goats’ forthcoming album, Transcendental Youth. But White wanted something under one roof, where bands would come to him, get in his studio, and be a part of a process that combined old structures with new ideals. Spacebomb Records was born.

“Motown, Stax, Atlantic, all the New Orleans stuff: You come to realize that there’s a bigger machine here – and I mean that in a complimentary way – there’s a lot of pieces of the puzzle and people paying attention to a specific craft that is making this music what it is. That was attractive to me as a model, and more than that, a way to achieve a specific sound that I really got off on.”

The Spacebomb band has a core of four musicians: White on guitar and horn arrangements, Trey Pollard on string arrangements, Cameron Ralston on bass, and Pinson Chanselle on drums, and all four of them premiere their sound on Matthew E. White’s debut LP, Big Inner. White is 29  – which skews old in rock-years — and this is his first time recording a solo record, or writing songs — or even singing on a mic. But he’s doing it in the Spacebomb way, leaning on his friends, taking his time, the way he’s always wanted to do it.

“There’s a ton of pre-production on the record. It’s the idea of me sitting down with these songs and a score, and my horn score, and going over it and going, ‘No, let’s do it more like this,’ and a lot more thought in a musical way. Like, ‘What’s going to make these songs work?’ and not sort of just what your impetus is in the studio. Making records like Motown made records, leaning on Trey to arrange the strings. He can translate my vision for what I want the strings to be better than I can ever do. And sort of bringing that bigger team into the picture. Let’s take this to another level. If we’re going to have horns on this, let’s fucking have horns on and let me spend a month thinking about them. ”

Matthew E. White – “One Of These Days”

And that’s partially what took White so long to make Big Inner. Arrangers are usually in the background, jobbed-in and given shout-outs in the liner notes. White is now a jazz-trained composer/arranger at the foreground of a rock band — a nonpareil position in the industry. He correctly observes that “[t]here’s not a lot of people making records like this. I mean, there’s not a lot of people to watch to see how they’re doing it now. That’s what’s unique about the music industry. How do you pull off a record that doesn’t sound like anything around it?”

It’s not entirely a rhetorical question. White’s self-awareness is one of the important things about his makeup that isn’t rooted in the past. The musical process behind Big Inner brings out not only his love for the legendary processes of Stax and Motown, but the legendary sounds of the pop music of the past, giving hat-tips to Randy Newman’s lyricism, Allen Toussaint’s production, Terry Riley’s horns, southern folk, reggae, dubbing lyrics from Alan Lomax, and even sampling a timeless Jimmy Cliff couplet on the song “Will You Love Me”.

And that’s just the big outer. White’s struggle to place himself soundly in the present with such deference to the past is the real crux of Big Inner. 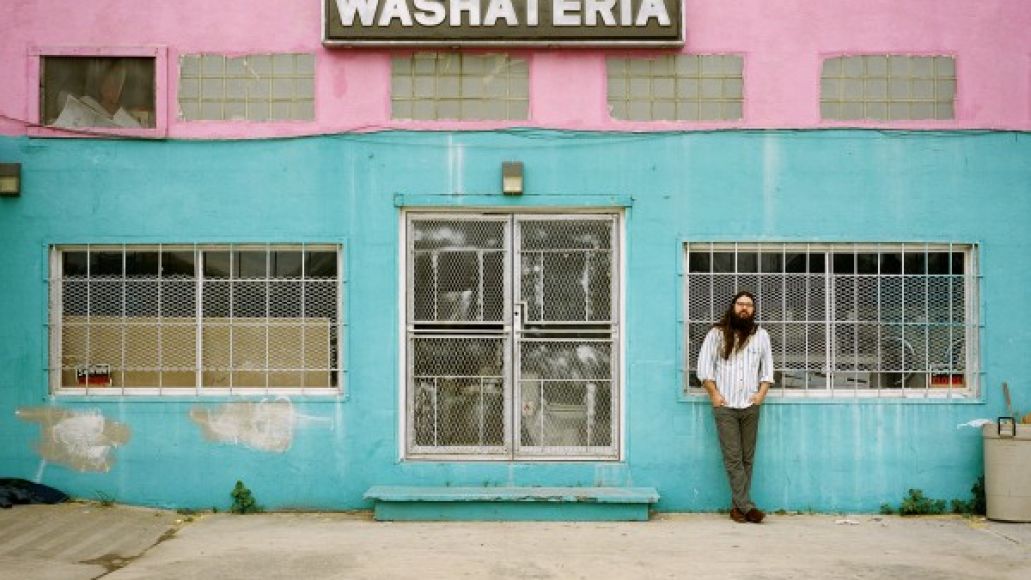 “I grew up in the Philippines for four years — my parents were missionaries, and my family is a very committed, strong, evangelical Christian family. And I was part of that culture as a participant for a long time, for a long time until I was in college. From the inside — I participated. I did everything. And not just like religion, or faith, or mysticism, or some shit like that, but specifically Jesus Christ and evangelical Christianity is where I’m coming from. There’s a sense of faith on the record where I’m very comfortable saying this is something that I think about; this is something that I’m involved in personally, as far as my path. That’s my own history – we all have our own places where we’re coming from.”

Horn rehearsals for the recording of “Brazos” at Spacebomb Studios.

The climax of Big Inner comes all the way at the second part of the final track, “Brazos”, a song written from the perspective of an escaping slave couple. Above the music of a Tropicália tent revival, White and a choir sing one mantra over and over: “Jesus Christ is our lord/ Jesus Christ he is your friend.” Of course, in the narrative of the song, those are words of love and assurance from the husband to the wife.

Like on “Brazos”, White doesn’t use broad strokes to tackle those old themes of folk, soul, and reggae music. The themes of love, loss, and faith on the record are big — and as nuanced as the music that supports them. He tells me, “The goal of each Spacebomb record is to translate someone’s very personal music into something bigger than they can make it on their own.”

Near the end of our phone conversation, we got to talking about bands that influenced not just the mechanics of Spacebomb, but the sound and emotional tenor of what he wants to create. White dipped back into the past and mentioned music that resonated with him: Curtis Mayfield, The Band, Brian Wilson. “A lot of people are fortunate to be born — or they more naturally fall into — the culture of the moment and are able to express themselves in that way. And that’s great. I think for me, watching my peers around me and watching music around me, I couldn’t make my music in a natural way in that style. If I’m going to express myself honestly, I can’t do that.”

Then he articulated something so accurately — something that we all think about:

“I’m so concerned about my music lasting. I want it to be something that withstands the press cycle. The ironic thing about that is we’re all going to be dead by the time it matters. It’s such a weird human condition thing – I want the work of my life to be important enough to last, but we’re never going to see that. I mean, when you talk about how you make a record, that sort of underlying worldview and cultural identity affects the little things. It affects the guitar tone you’re using, or what kind of compressor you use on the drums. Is this something that is really hip that people will love now, or is this more conservative and will make sense in the long-term view of art and what I’m trying to create, and do you get caught up in a cultural fad that the internet just lives off of, or do you try to stand outside of that?”