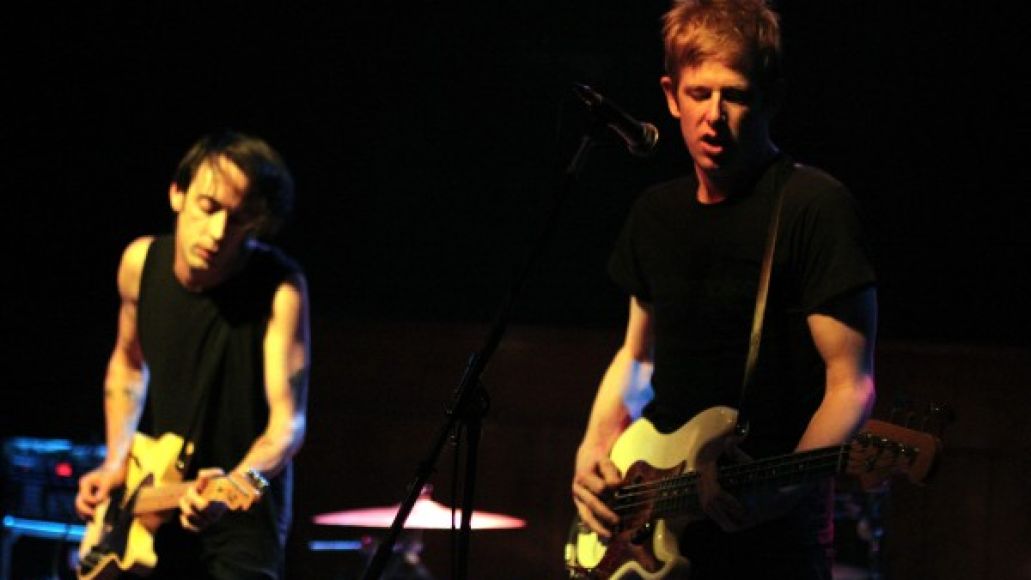 I’m a longtime subscriber of Britt Daniel‘s music. I’ve listened to Spoon’s Gimme Fiction so many times, I feel like I could do justice to a number of its tracks on guitar or bass or, hell, even drums. My girlfriend’s even more enthralled with Daniel and Spoon, and the two of us argue consistently on what’s his best album with the Austin collective: She says Girls Can Tell, I say Gimme Fiction, and both of us are probably wrong. So, when news came through the wire that Daniel was working alongside Dan Boeckner – the one slice of Wolf Parade I adore most — and calling the outfit something clever like Divine Fits, I was pretty enthralled myself. But I’d be lying if the idea of this being some sort of indie rock supergroup didn’t cross my mind or wasn’t even minutely responsible for that excitement.

Yet Divine Fits isn’t a supergroup, or at least they don’t act like one.

Earlier this month, I caught only their fourth show ever at Chicago’s Schubas Tavern. I had only heard two cuts off their debut album, A Thing Called Divine Fits: “My Love Is Real” and “Would That Not Be Nice”. The whole night was unique in that I’d be discovering these songs live. Much to my surprise, both Boeckner and Daniel appeared comfortable, habituated, and animated. Boeckner’s veins threaded around his neck as he assaulted the microphone, while Daniel thumbed through bass lines as if that was always his thing to do. Sweat dripped down Boeckner’s face as he observed the scene, stating: ”We’ve been doing these hometown shows and this is the first one where we’re not from and it feels good.” 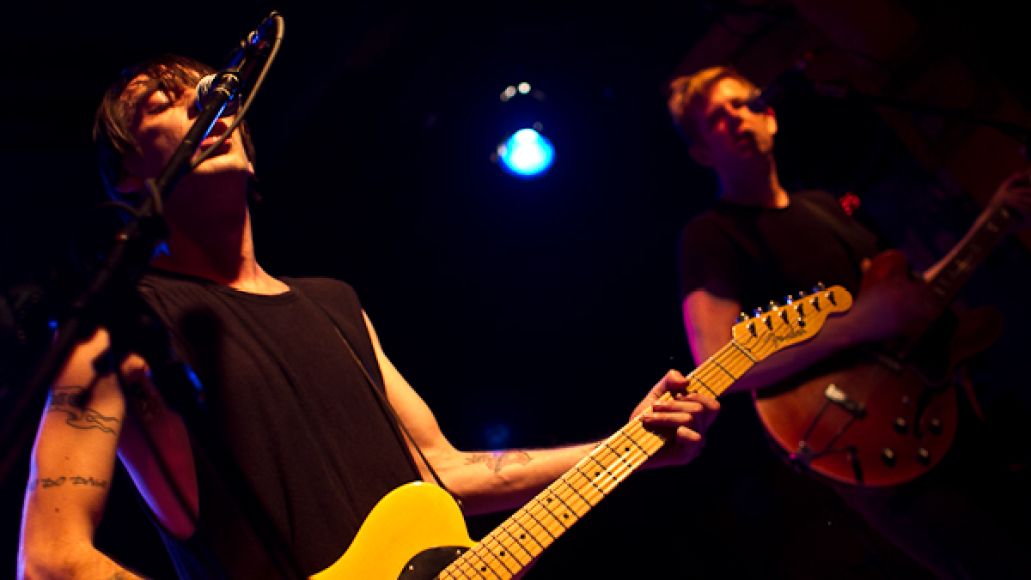 Feeling good is a big part of this power trio, which also includes Sam Brown of New Bomb Turks. For over a decade, Boeckner has stepped in and out of projects like Atlas Strategic, Wolf Parade, and The Handsome Furs, while Daniel has led Spoon through seven studio albums. Divine Fits is exactly what its name implies: a perfect state of emotion. There is no leader at the helm, the album’s songwriting is split right down the middle, and it’s an amalgamation of ideas. “To me, that’s one of the coolest parts of this band,” Daniel explains. “One of the fun parts and new experiences of this is that all those duties are spread around. It’s a lot more fun for me.”

I spoke to Daniel twice last week and both times he sounded relaxed, pleased, and excited for things to come. It could be that this is a necessary tangent for the Spoon frontman. The band’s last outing, 2010’s Transference, wasn’t exactly Ga Ga Ga Ga Ga, and the response by fans and critics alike made that quite clear. Granted, it contained one of Daniel’s most frantic and raw performances to date (“Written in Reverse”), especially amidst charged lines like “All I know, is all I know,” but altogether something was missing.

“There are a lot of things that naturally get focused on me,” Daniel admits. “That’s cool. I understand why it happens and I definitely like writing all those songs, but it’s fun to be in a project where I can do some of that, or be the guy who’s backing someone up. I love what Dan does. If Dan wasn’t as great as he is, maybe it wouldn’t be so easy for me to play backup to him. He’s awesome and I love the process of added responsibility there.”