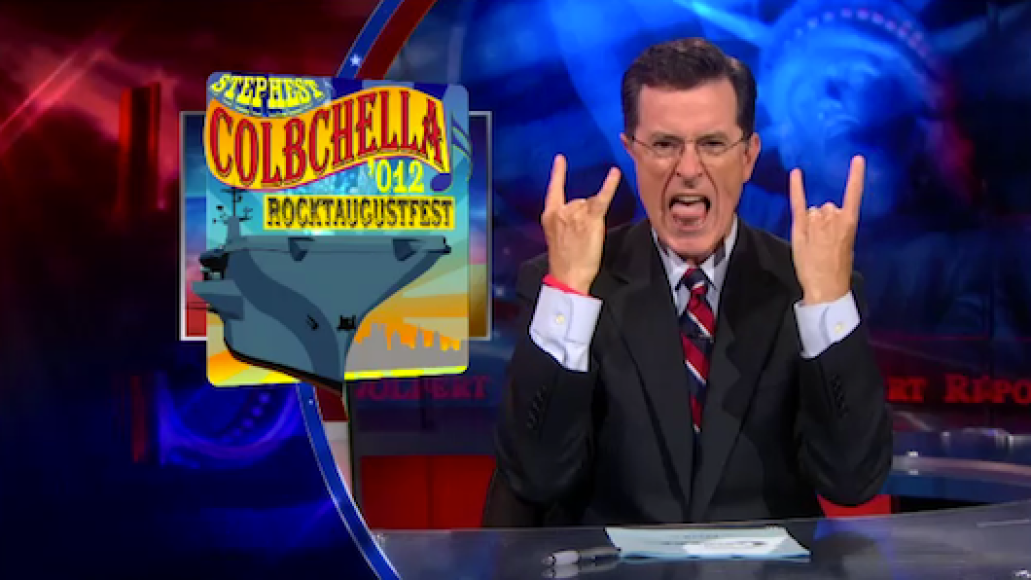 Last summer, Stephen Colbert took on the role of festival curator, tapping Jack White, Florence and the Machine, Bon Iver, and Talib Kweli for a week long music series called StePhest Colbchella. Now, Colbert is gearing up for StePhest Colbchella 2012, and taking a page from Coachella, he’s moving the festivities to a boat. But it’s not just any boat — it’s the retired World War II aircraft carrier U.S. Intrepid (!)

As announced on last night’s episode of The Colbert Report, StePhest Colbchella RocktAugustfest will take place on Friday, August 10th on board the Intrepid, which is currently docked in New York’s Hudson River. The lineup features Grizzly Bear, The Flaming Lips, Santigold, fun., and Grandmaster Flash, who will serve as the Official Colbchella Aircraft Carrier DJ.

Tickets are free and can be obtained via Colbert’s website.