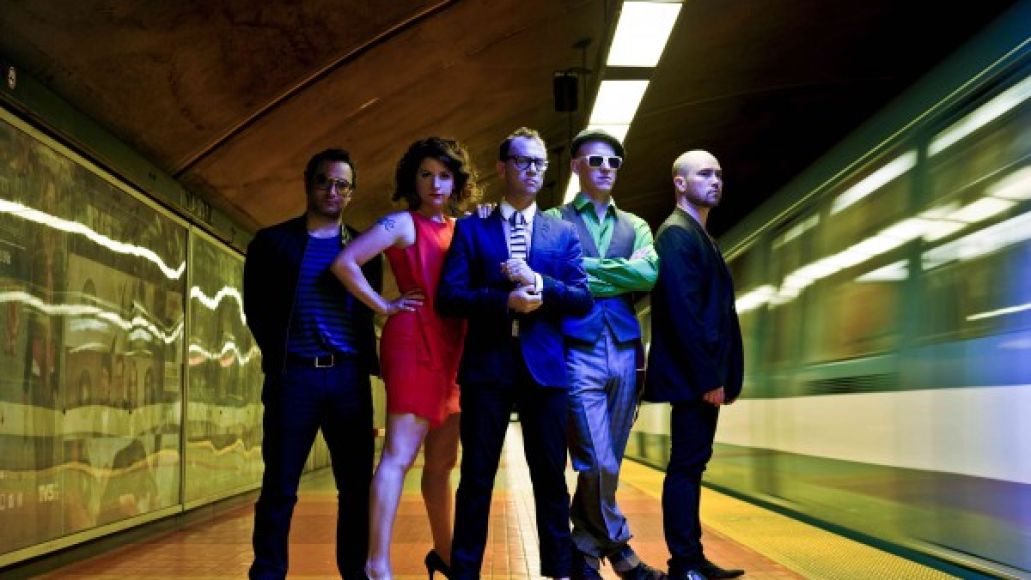 When dancing to Stars’ infectious electro-pop, it’s easy to overlook the introspection lurking beneath the hooks. But 12 years of fights, marriages, children, and making music have brought their maturity to the forefront on the band’s latest album, The North, due out on September 4th via ATO Records. The tempos are more restrained, and the arrangements are more minimal, leaving plenty of room for vocalists Torquil Campbell and Amy Milan to show off lyrics that successfully tackle love in all its redemptive glory and messy destruction. Campbell phoned in for an extensive conversation on Woody Guthrie, the blurry line between romance and politics, and how even Nazi skinheads fall in love.

There’s a male voice that opens two of the tracks on the album. Who’s the speaker?

The first sample is Glenn Gould, who’s a Canadian pianist. He did this kind of sound collage documentary thing in the ’60s about the Canadian North. And that’s him talking at the beginning. And then the sample sort of halfway through the record is Woody Guthrie.

Was it from a concert?

No, it’s from an interview. It’s from like an archival interview on YouTube. Just because our song is called “A Song Is a Weapon”, you know? And he used to write on his guitar “This machine kills fascists,” which I’ve always thought was the most amazing thing to do, ever.  [Laughs.] It’s such a great thing to write on your guitar. And it reminded us of him, that song.

When Stars gets political, it always seems to be in a more subversive way than other bands. Is that something you guys are conscious of?

Well, I think that we’re kind of — at least I am — shy of getting too overtly political. Because I think political songs are right up there amongst the hardest songs to write. Because it’s hard not to be topical. And if you’re topical, you can be timely, but you can’t be timeless. You know what I mean? It’s hard to write a political song that means something ten years on. There’s people who can do it. There’s Billy Bragg. But it’s a tough gig. So, I think for us, the thing that’s interesting about politics when we’re writing songs is to try to relate them to personal politics. And that’s kind of been always something that we’ve dealt with as a band, this idea that the way you treat the person lying next to you in bed is relatable to the way that you see the world and the way you behave out in the broader world.

I mean, you did make a record called In Our Bedroom After the War. Was the song “Barricade” from that album in the sort of personal-political vein you’re describing? Wasn’t it a story about two people in love at like a soccer riot or some other kind of riot?

[Laughs.] I really wrote that song… I mean, it’s a novelty song, really. It’s a joke song. I read this book called Among the Thugs. Have you heard of that book? 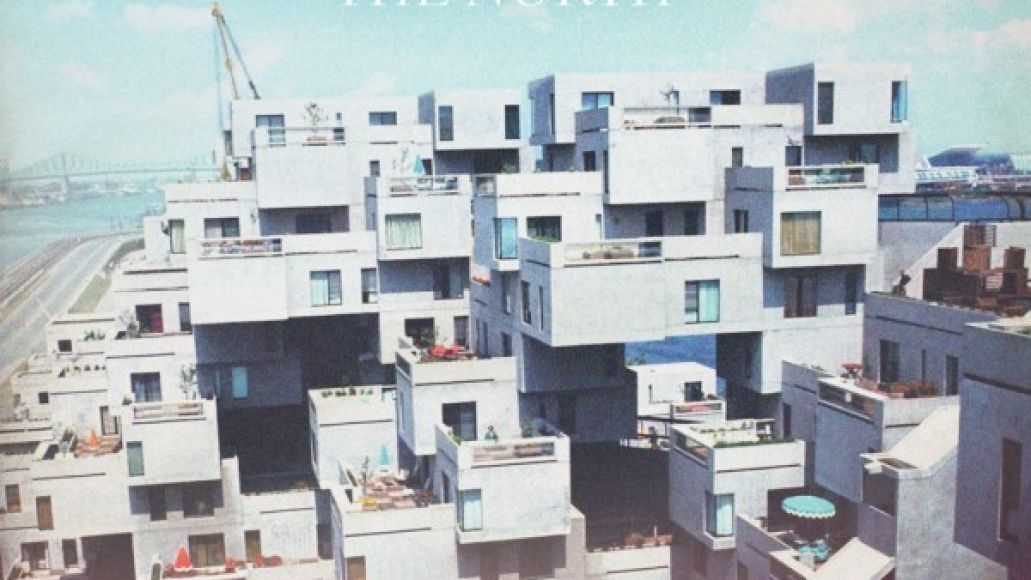 I’ve heard the title but don’t know that much about it.

You should check it out. It’s an amazing book. It’s written by this guy, Bill Buford, who spent like three years hanging out with soccer hooligans in England, and I just suddenly had this idea in the van one day. I was like, “What if you wrote like a really romantic kind of Dusty Springfield love song about, you know, a Nazi skinhead soccer hooligan who fell deeply in love with another Nazi skinhead soccer hooligan? And then one of them went straight and kind of joined the work world and, you know, got his tattoos removed, and the other one didn’t.” I think, because of the album it was placed in, people saw it as a song about political protests, which is fine. It can completely be taken that way.

But to me, it’s really kind of a macabre… more of a horror story about the idea that even Hitler fell in love. That love is kind of an amoral thing. It happens to everyone. It even happens to serial killers and Nazi skinheads and the darkest people in the world. And I just thought that was kind of an interesting topic to write a song about. But for me, that song is less political than it is about just how love is blind. Love is not something that only good people experience. Love comes into everyone’s life. Even people who murder kittens and stuff.

You’ve always talked pretty overtly about love in your songs. You don’t shy away from emotion. Do you think that’s rare in music today, that a lot of bands are more concerned in being apathetic or too cool to write lyrics like that?

Well, I can’t speak for other bands, you know? I think, for me, love songs are kind of synonymous with the whole idea of writing songs. If you think about where the idea of a song came from, I have to believe that it came out of a sense somebody had one day that what they had to express just couldn’t be expressed by talking. And that heightening the way you spoke and the melody of your voice was the only way to express the feelings that you have inside yourself. To me, love is both a terrible and a wonderful thing, and it’s the motivating factor for everything that’s gone on in the world, whether it’s George W. Bush or me.

We are motivated by our desire to be loved and to have people love us and to love others. I always think of when somebody said to George W. Bush, “Why did you invade Iraq?” He said, “Well, they tried to kill my Dad.” I mean, I thought that was kind of a charmingly guileless thing to say, you know? [Laughs.] That he had motivated this massive army and put a country into war because he was pissed off that someone had tried to kill his father.

I just don’t know how you can avoid the topic really. If you’re going to write songs about life, you’ve got to write songs about love. Because the two go together. And the other thing you have to write about is death. Because that is the other inevitability to me of life, that you’re going to love somebody or be loved by somebody and that you’re going to die and have to let go of that. And that tragedy is at the heart of what keeps us all going. If you never had to say goodbye, then [love] wouldn’t be worth anything. And if you didn’t die, you wouldn’t have this compulsion to make connections with people in your life.

I mean, it does seem that in the indie rock-sphere, anyway, writing in a very basic way about love is maybe, I think, more rare than it was 20 or 30 years ago. But I think that ultimately, music is made with love. So, even if you’re not writing about love, you’re expressing it just in the very act of making music. You know, I think there’s a lot less decision making than maybe people realize about what you write in a song. I think people write about what’s inside them and what they can. I’d love to write about all kinds of things that I don’t write about because I just don’t have the ability to do it, you know? I do what I can and hope that that’s enough.