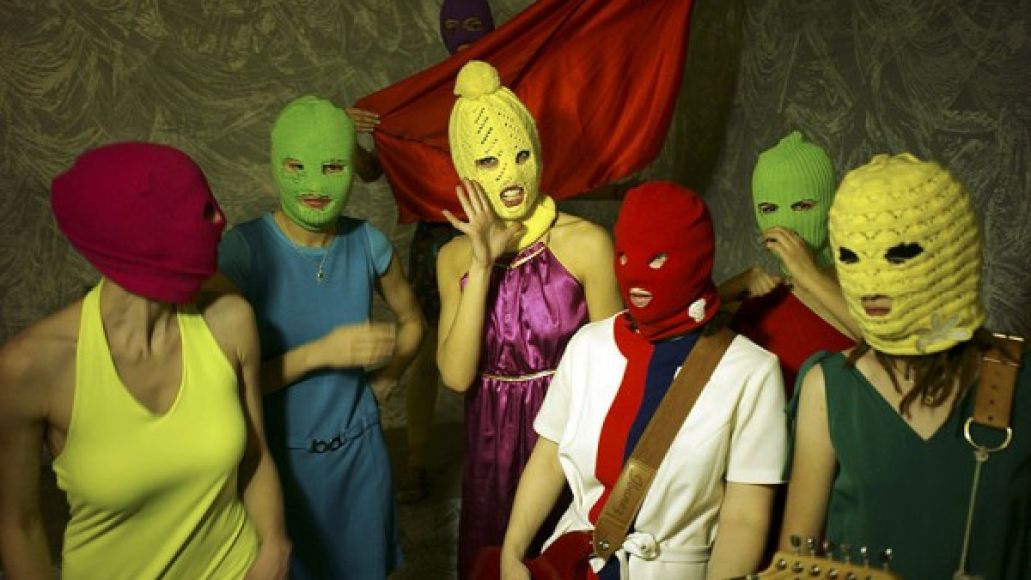 In February of this year, three members of the anonymous Russian feminist collective Pussy Riot were arrested on charges of “hooliganism motivated by religious hatred or hostility” for sneaking into Moscow’s Christ the Saviour Cathedral and performing an anti-Putin punk song denouncing the ties between his regime and the Russian Orthodox Church. The three face up to seven years in prison if convicted.

Musicians from all around the world have rallied behind the release of Maria Alyokhina, 24, Nadezhda Tolokonnikova, 22, and Yekaterina Samutsevich, 29. In a letter published today in the London Times, Pulp singer Jarvis Cocker, The Who’s Pete Townshend, and Pet Shop Boys frontman Neil Tennent all signed a the letter, saying ”dissent is a right in any democracy” (via The Guardian).

The letter was published to coincide with Putin’s visit to London for the Olympics. It continues, “We believe firmly that it is the role of the artist to make legitimate political protest and fight for freedom of speech.”

Rolling Stone reports that Red Hot Chili Peppers’ Anthony Kiedis and Flea have also presented letters of support to Pyotr Verzilov, the husband of Tolokonnikova and the band’s manager. Also during a performance on Sunday in Moscow, Kiedis wore a Pussy Riot t-shirt.

Other musicians showing recent support include Sting, who posted a letter on his website, Franz Ferdinand singer Alex Kaparanos, who dedicated “This Fire” to Pussy Riot at a recent gig, and Madonna, who told a Russian TV station she was “sorry” to hear members of Pussy Riot had been arrested.

Amnesty International has also denounced the ongoing trial for the three women. John Dalhuisen of Amnesty said the Pussy Riot “punk prayer” was “a legitimate protest — this is not a criminal offense. They must be released immediately” (via The Guardian).

Dalhuisen continued, “They dared to attack the two pillars of modern Russian establishment — the Kremlin and the Orthodox Church. While many may have found their act offensive, the sentence of up to seven years in prison they may expect on the charges of hooliganism is wildly out of all proportion.”

The trial opened Monday in Moscow, and is still ongoing.

Alan Rickman Struggled to Finish Harry Potter While Battling Cancer: “See It Through. It’s Your Story”