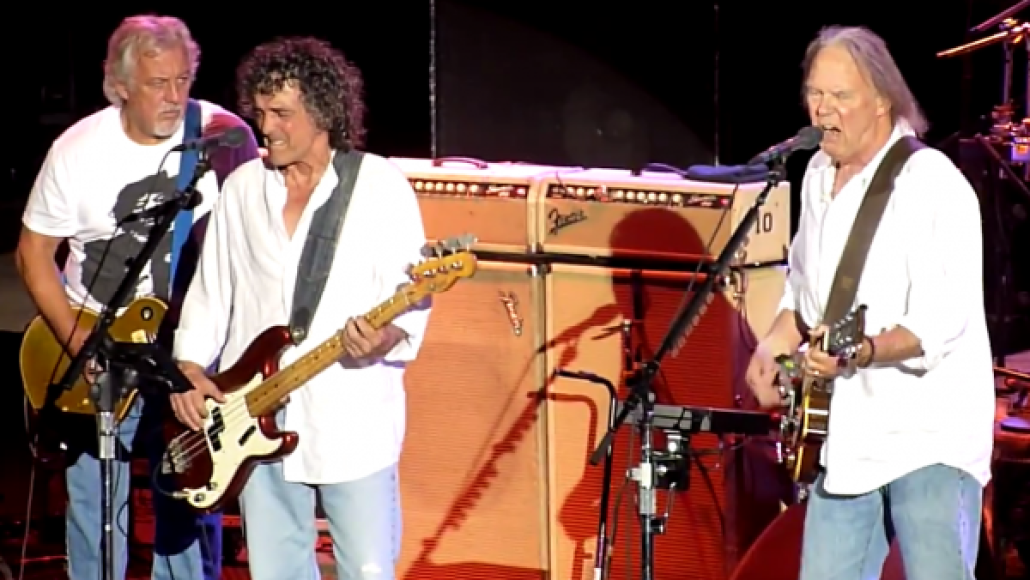 Neil Young & Crazy Horse have revealed more details about Psychedelic Pill, their second album of the year following June’s Americana. According to the band’s website, the album was recorded immediately following Americana at Audio Casa Blanca, and will be released as a double-CD and triple-vinyl due to the lengths of the songs.

Like they did with Americana, the band will accompany Psychedelic Pill’s release with full-length videos for each of the songs. A Blu-ray containing high resolution versions of the videos will be packaged with the album, and low resolution iTunes downloads will also be available.

Below, you can watch the band perform their new 20-minute jammer “Walk Like A Giant” during a concert earlier this month.