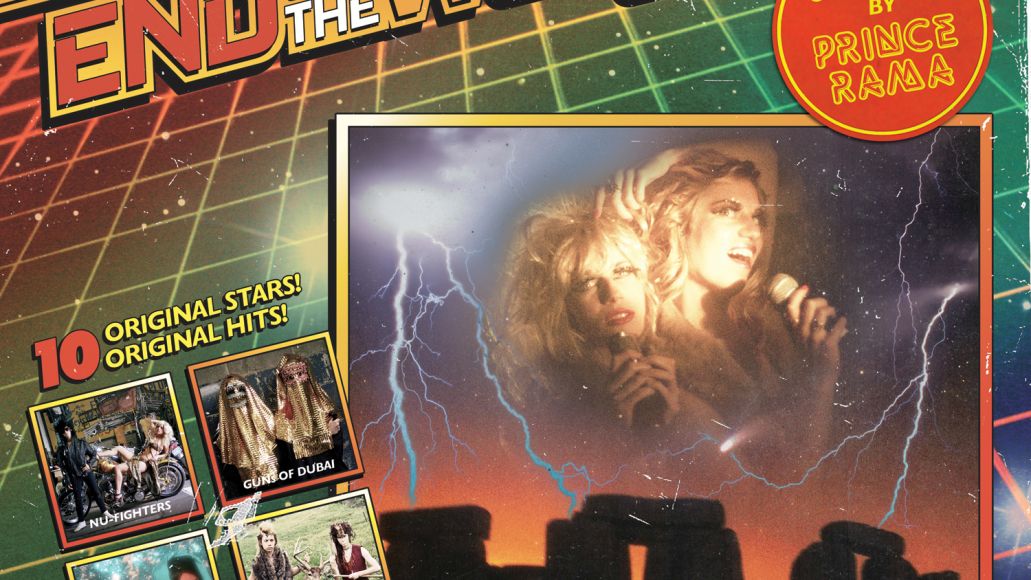 Psychedelic sisters Taraka and Nimai Larson (AKA Prince Rama) reached the pinnacle of their otherworldly sound with last year’s Trust Now. For their next album, Top Ten Hits Of The End Of The World, the duo is tackling a far different world by recasting themselves as 10 fictional pop bands destroyed by the recent(?!) apocalypse. Think Fucked Up’s David’s Town compilation, but with more of an emphasis on the End Times.

Recorded with Tim Koh in Ariel Pink’s Haunted Graffiti’s studio, the LP features songs like “Blade of Austerity”, “Radhamadhava”, and the aptly-titled “So Destroyed” by bands named Guns of Dubai, Taohaus, Nu Fighters, and Hyparxia (the duo is dressed as Motel Memory in the above album cover). Check out the full tracklist below.

Top Ten Hits Of The End Of The World arrives in stores on November 6th via Paw Tracks.