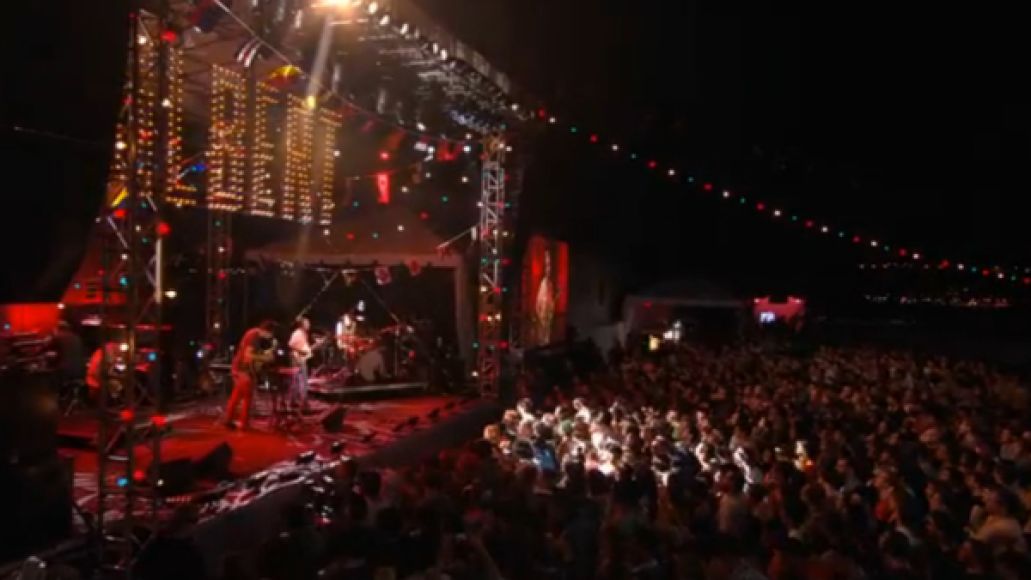 On last night’s episode of The Colbert Report, the late-night host cleverly segued footage of Friday night’s festivities with Tuesday’s more traditional studio taping. Amongst the madness, he spent some time with Grizzly Bear on a shifty lifeboat and shared a performance of their latest single, “Yet Again”, off their forthcoming LP, Shields. As Colbert put it, the Brooklyn rockers are “the only bears I would have on my show.”

For added incentive, Colbert’s site is offering a number of video exclusives, including other Grizzly cuts like “Sleeping Ute” and “Two Weeks”. Stream it all below (via The Audio Perv) and stay tuned for more Colbchella performances throughout the week, specifically from Santigold and The Flaming Lips.

Billie Eilish Performs "Happier Than Ever" on Kimmel: Watch

Charli XCX Rises from the Grave for "Good Ones" Performance on Fallon: Watch