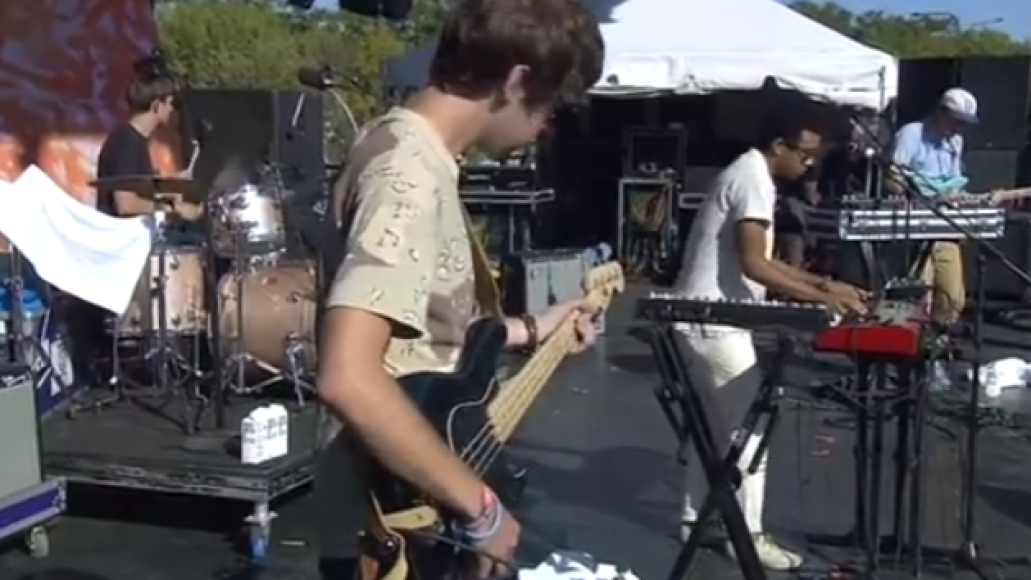 During their reasonably sunny Sunday set at Lollapalooza, Toro y Moi debuted a brand-new track entitled “Rose Quartz”. With its glitchy sample and breezy synth part, it’s a fitting end-of-summer jam for a festival that rings in the tail-end of the season. Watch the replay below.

Toro Y Moi debuted as many as five new songs during the performance, so it looks like a new album isn’t too far away.