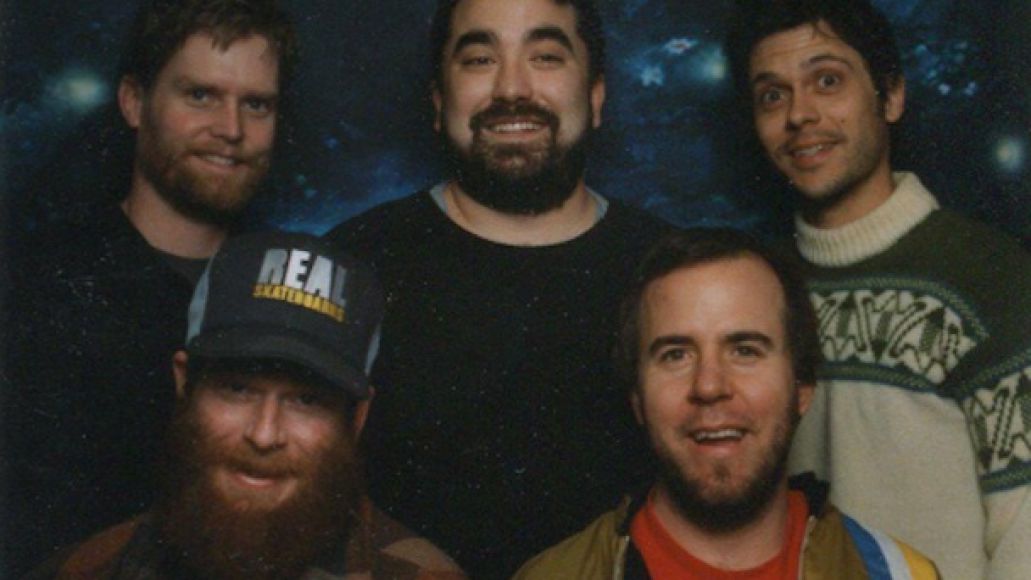 The great indie rock band Grandaddy played a couple of shows in their home state of California leading up to their big reunion gig at Outside Lands in San Francisco this weekend. Check out video of Sophtware Slump tracks ”Jed’s Other Poem (Beautiful Ground)” and “So You’ll Aim Towards The Sky”, as well a deep cut from The Windfall Varietal comp ”Fare Thee Not Well Mutineer”, all from their Wednesday performance at the Henry Miller Library in Big Sur, CA.

The day before, the band played a “secret” gig at The Partisan in Merced, CA under the alias Arm of Roger (which are to Grandaddy as Condo Fucks are to Yo La Tengo). Check out video of “‘Yeah’ Is What We Had” from that show below, as well as their extensive setlist from The Partisan (via Setlist.fm).

“So You’ll Aim Towards The Sky”

Grandaddy setlist (9/07/2012 @ The Partisan)
El Caminos in the West
Now It’s On
“Yeah” Is What We Had
Our Dying Brains
The Crystal Lake
AM 180
Lost on Yer Merry Way
Laughing Stock
Fare Thee Not Well Mutineer
Miner at the Dial-a-View
My Small Love
Levitz
Chartsengrafs
So You’ll Aim Toward the Sky
The Go In The Go For It
Jed’s Other Poem (Beautiful Ground)
Stray Dog And The Chocolate Shake
Hewlett’s Daughter
Summer Here Kids
He’s Simple, He’s Dumb, He’s the Pilot
Encore:
Here (Pavement cover)