As George Harrison might have said, it’s been a long, cold, lonely winter for Cat Power’s Chan Marshall. The tumultuous musician has dealt with more than her fair share bad press, bad habits, and bad relationships over the past decade. But when she sings, “here comes the sun,” on the title track of her ninth album, Marshall emerges from a long hibernation, casting off the unadulterated guitar parts of her earlier catalogue for a rejuvenating new sound. Beat-friendly (thanks to Beastie Boys’ mixer, Philippe Zdar) and production-heavy (thanks to herself), Sun is Marshall’s most evolved work. With a little light and a new perspective, Chan Marshall reveals yet another beautiful way she maneuvers in the dark.

Sun’s unique direction is expressed in a slew of rebellion songs that are refined with delirious Eastern influences (“Always On My Own”) and Dylan-esque pioneering (“Human Being”). Despite the pop-oriented sound, all of Marshall’s songs on Sun are imbued with dimensions of debt. The two songs that bookend the album – “Cherokee” and “Peace and Love” – plait personal conviction with historical guilt.

On “Cherokee”, Marshall’s lyrics identify with the fatalism of the native world, just as the muted vocal and heaving synths sound strangely prehistoric. The song gains immediacy in the moments when the word “buried,” sounds like “married.” Perhaps, in Marshall’s view, that institution is as permanent and polluted as the earth.

At the end of the album, Marshall delivers a bolder history lesson. “Peace and Love” has the psychotic cowboy anger of Clint Eastwood yelling at an empty chair. Her strident “na-na-nas” slip into unintelligible words. The guitar fades in and out like a bad signal. But the lyrics, like on “Cherokee”, reveal another disturbing reality: “Constitution’s fine if we choose the school/ So your kid knows who’s spinnin’ the globe.”

Between the bookends, Marshall probes more world problems that resonate as much with her life as on a dance floor. “Ruin” is Marshall’s “We Didn’t Start The Fire”. She rattles off city names like “Chile, Meh-hee-co, Great Britain,” while the tick-a-tick loop builds into an anxiety-ridden dance jam railing against global passivity. Or as she puts it: “bitching.”

Like Joel, she likes to wrestle with the contradictions of “Manhattan”. Big Apple view from her bleak hotel room includes “free speech and lipstick in the moonlight” and she is as fascinated as any singer-songwriter with “dark rooms” and “secret lives.” But her lyrics are never specific enough to believe she ever actually left the hotel room. In that sense, the song sounds more like an ode to an interloper and the transient harmonies are as appealing and as the lights that inspired them.

Marshall’s robust, Georgia-born vocals are proliferated on Sun with enhanced production values. It sounds like she’s singing through a kaleidoscope, but the multiplicity never sacrifices her singular vision. This is clearest on “Real Life”, a song about the disappointment of unfulfilled aspirations. Doctors who want to be dancers, mothers who wish to be alone, dogs without bones: the stories sometimes sound generic. But with a help from her synthetic selves, Marshall delivers the lyrics in a round, affecting a childhood rhyme. Elegant and eerie, it seems that for those in Marshall’s rowboat, life is anything but a dream.

This yearning for escape returns on “3,6,9”, a song that obliquely addresses her struggles with substance abuse. Marshall gently forgives without diminishing the pain of feeling like a “joke.” Catchy, relentless beats evoke the ease of addiction; like a jump-rope rhyme ready for the A.A. parking lot (“3,6,9 / You drink wine / Monkey on your back / You feel just fine”).

Self-forgiveness is at the heart of Sun, and it is anchored in the 11-minute “Nothin But Time”. “The world is just beginning,” Marshall intimates to a kid who sits alone in a room, “just trying to get by.” The ‘kid’ is unequivocally Marshall, herself. The major key resolves the jilted instrumentation (piano and laser lines), just as Marshall’s vocals vanquishes the demons that dominated her life. As it turns out, the angel on Marshall’s shoulder is none other than the high holy lust-er of life Iggy Pop, who lends his baritone on the brief duet.

Whatever Chan Marshall has been doing all this time, she certainly wasn’t taking a break. Transformed in both sound and spirit, Sun is a passionate pop album of electronic music filtered through a singer-songwriter’s soul. In the past, she was known for performing at the mercy of her moods. This time, Marshall decided she was in the mood for a melody. And she’s got us feeling alright. 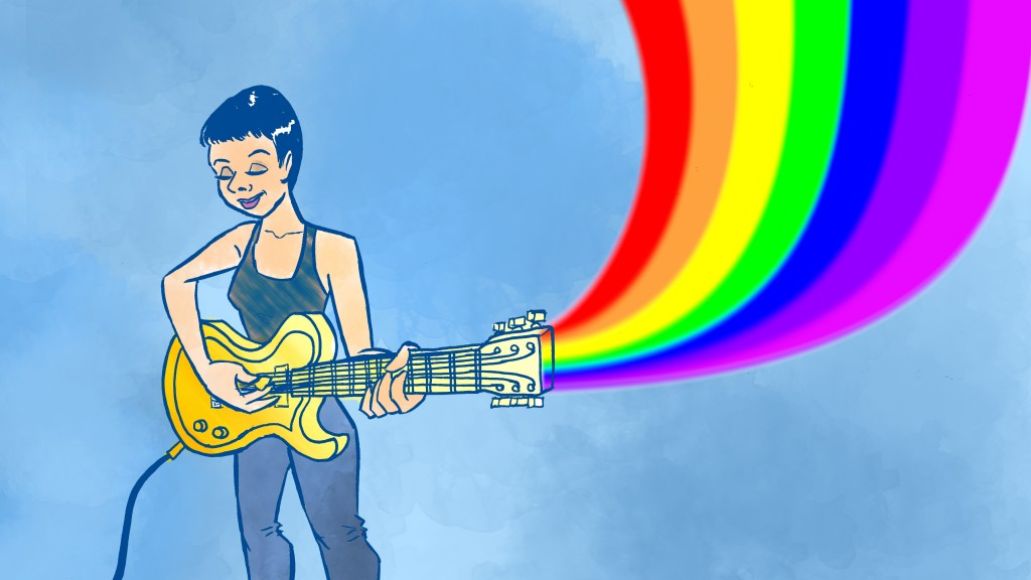