On ¡Uno!, the first entry in Green Day‘s proposed trilogy of albums, the Bay Area outfit circles back to their younger ideology of simply having fun with an attitude. While other acts were looking inward and down upon the stage, Green Day’s early output wasn’t so introspective as it was a choice blend between debauchery and heartache. There was a safe quality in the trio’s music that caused many of the proper punks to sneer right back at Billie Joe Armstrong, but the band never cared about that 20 years ago any more than they do now. However, when it comes to the production, to the sound of the music, perhaps they should start.

What made 2004’s American Idiot stand out was the message. Idiot was a valentine to the disaffected youth of the G.W. era who weren’t even in elementary school when Dookie hit outlets like the ancient Tower Records or now-dormant Virgin Megastores. They were more political and inherently concerned with the future back in 2004 than they were about getting laid and getting hammered. After releasing the similarly-themed 21st Century Breakdown in 2009, the guys had to decide whether or not to charge ahead as a politically-charged band like their forefathers of the late 70s and early 80s, or find their footing in the dormant steps of singing about normal problems.

¡Uno! stands out as a Friday night long player, reaching its highest potential around 10:30 p.m. on the doorsteps of any dive bar or venue, work be damned. The best part of the record is the excision of some of the ballads that plagued American Idiot and 21st Century Breakdown. There are some mid-tempo tracks, but nothing as weepy as “21 Guns” or “Wake Me Up When September Ends”. Even when the vocals calm down in “Sweet 16”, the electric guitar stakes its claim, as does the oft-reliable, pulsing rhythm section of bassist Mike Dirnt and drummer Tre Cool. One snappy, stop ‘n’ go track after the next makes it all feel like a reactionary record to those previous albums.

So the good times are back, along with producer Rob Cavallo, who twiddled and fiddled the knobs for Green Day dating back to the breakthrough Dookie (save the Butch Vig-produced 21st Century Breakdown and the self-produced Warning). However, here is where the problems present themselves. ¡Uno! was a chance to completely wipe away the commercial sheen of the past two decades. Such sheen still provided a number of terrific tracks and albums, but the production has officially run stale. The glossy packaging of “Kill the DJ” spins the track to Panic! at the Disco territory, regardless of its threatening lyrics  (“Someone kill the DJ/ Shoot the fucking DJ/ Hold him underwater/ ‘Til that motherfucker drowns”), and soon after, the rambunctious guitars on “Troublemaker” get suffocated by tinny drums and generic bridges of dilapidated “woo-woo”s. By album’s end, “Oh Love” trudges by with premeditated instrumentation that never once feels gritty, aggressive, or, even worse, impacting.

Production issues aside, and despite its knack for brevity, Green Day still proves capable of providing arena-ready material. Opening track “Nuclear Family” melts on first chorus, harboring the angsty FM-ready wails of the band’s Nimrod-era.“Angel Blue” has a chorus tempo straight out of a mid-70s Meat Loaf track by way of Jim Steinman theatrics (“You’re just a fucking kid/ And no one ever gives you a break/ You want a senorita/ And now your heart is gonna break”). The quick strum and chorus of “Stay the Night” veers away from its opening moments that recall a possible retread of “Are We the Waiting?”. Then, rather unexpectedly, an ode to a lesser-known Francis Ford Coppola film arrives in the form of Rumble Fish’s main character, “Rusty James”. The song’s chorus represents Armstrong’s feelings about his band’s place in music after so many years, and the critics that have railed against them (“I wanna ride on the divided/ Anything but the mainstream/ Where the fuck is your old gang, man?”).

However, the album’s centerpiece is the infectious “Let Yourself Go”, a future breadwinner of many setlists to come that will no doubt elicit bruised ribs and shins. It’s an instance of a total recall that succeeds because of its simple but call-to-arms chorus of, well, letting yourself go. Armstrong shines throughout with scummy guitars, a rockist-friendly solo, and “fuck it” lyrics that will irritate parents everywhere — even those that grew up with ’em. Toss it in with some of the band’s earlier tracks, and it just might fit in seamlessly.

It’s easy to forget that there’s still two more albums to follow after ¡Uno!, all of which were recorded during the same sessions. One might argue that ¡Uno! will play better off ¡Dos! and ¡Tré!. Who knows yet. For now, we have to take it on its own accord: an overly-slick record that does the job for its current audience of diehards, whilst teasing the crusty veterans that dabble occasionally. In other words, nothing’s really changed. 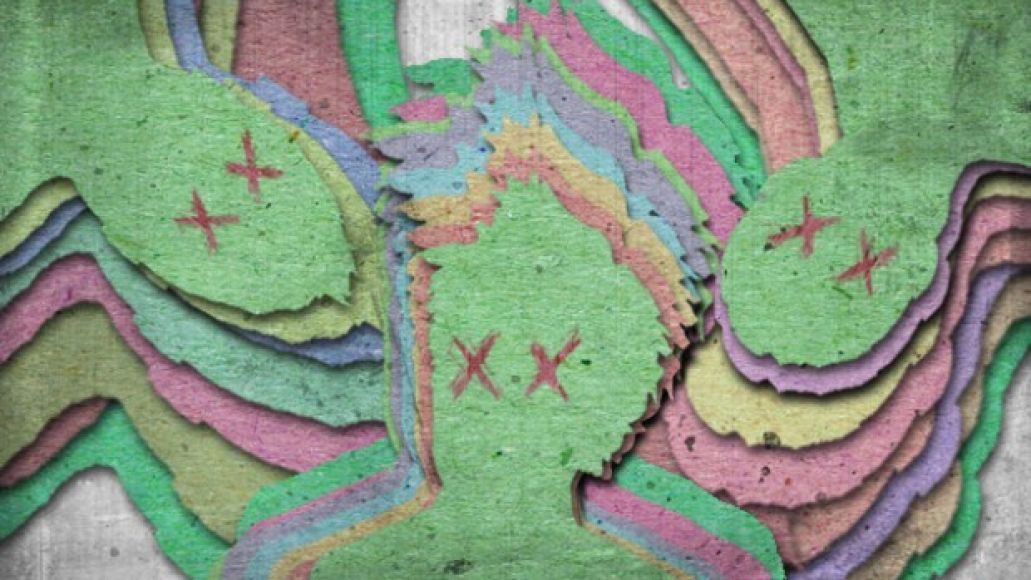