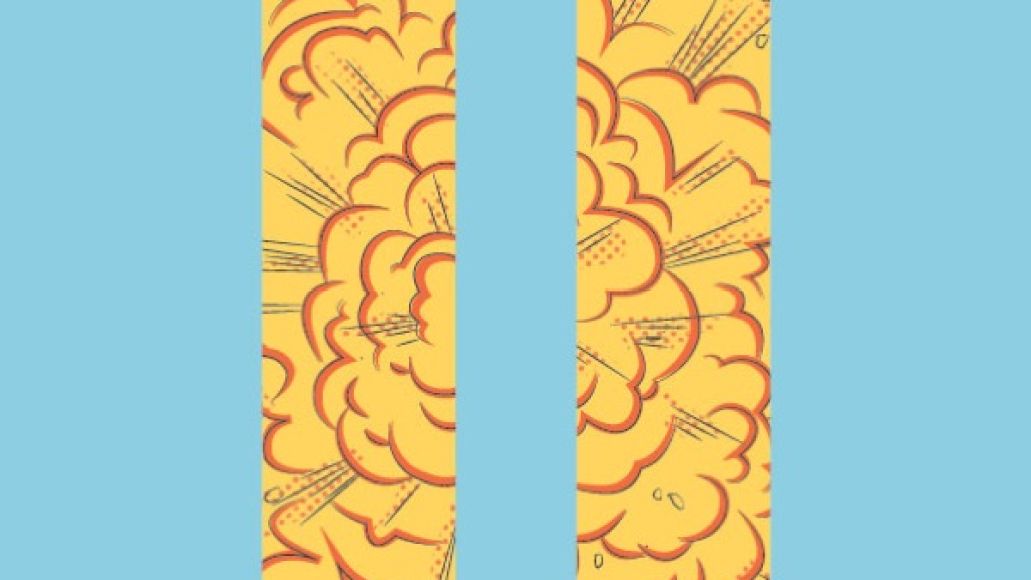 Earlier this year, Amon Tobin unleashed a massive archival collection looking back at his “Library of Congress”-sized catalog of work. Now, he’s ready to release some new material, this time under his other moniker, Two Fingers. Tobin dropped the self-titled Two Fingers debut in 2009, and its follow-up, Stunt Rhythms, has been readied for an October 2nd release from Big Dada/Ninja Tune.

Tobin calls the new record “his love letter to hip-hop” culture, specifically the good ol’ days when it was more about being innovative and proving you’re just flat out better than the rest than bragging about how many bitches you bang or blunts you smoke. Stunt Rhythms’ sound is perhaps best described by its own press: “If you imagine Mantronix as a Kenworth K100 truck, Two Fingers is what happens when the truck turns into Optimus Prime.” Electronic fans, roll out.

A baby-blue three-LP version with triptych dye cut sleeve is currently available to order now (CD and MP3 pre-sales are also ongoing). A lemon-yellow edition limited to 300 pressings will be available exclusively at shows on the latest leg of Amon Tobin’s ISAM Live 2.0 Tour, so check out the dates ahead. Before you get to that, however, grab yourself a copy of the new album’s lead single, “101 South”, using the Soundcloud widget.