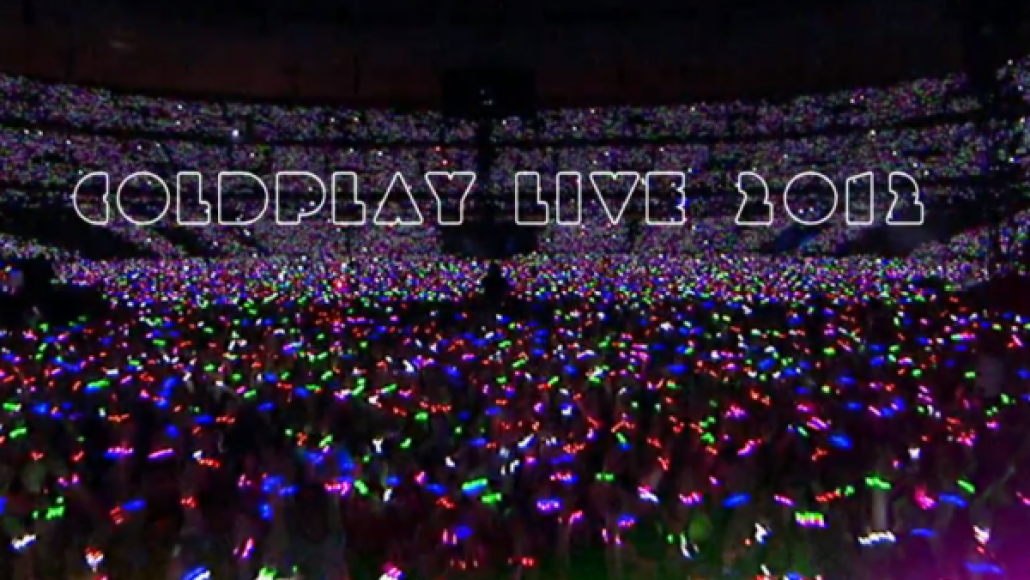 The film was directed by Paul Dugdale, who previously helmed Adele’s Live at the Royal Albert Hall and The Prodigy’s Worlds On Fire concert films. Here’s what he has to say about his latest project:

“We wanted to make a film that was as intimate as it was epic, punctuating Coldplay’s colour-drenched performance with candid portraits of the band. The set is curated from several concerts around the globe, using the 75,000-capacity Stade de France as the backbone. Myself and JA Digital wanted to approach this film in the same way Coldplay approach their stage show: it’s essentially a film about people, and we wanted to highlight how the band have blurred the barrier between stage and audience to create a tour that reaches out to everyone from the front row of the stadium to those right at the back. It’s a 90 minute kaleidoscope of emotions. My main objective as a filmmaker was to make the viewers’ eyes widen and their hearts beat faster.”

Live 2012 will premiere November 17th on the premium TV network EPIX, online at EpixHD.com, and on the EPIX mobile apps. Then on November 20th, the film and the album will be available on CD/DVD, Blu-ray/CD, and digitally. That same day, Coldplay will also release their new single, “Hurts Like Heaven”.

Watch the film’s trailer below.