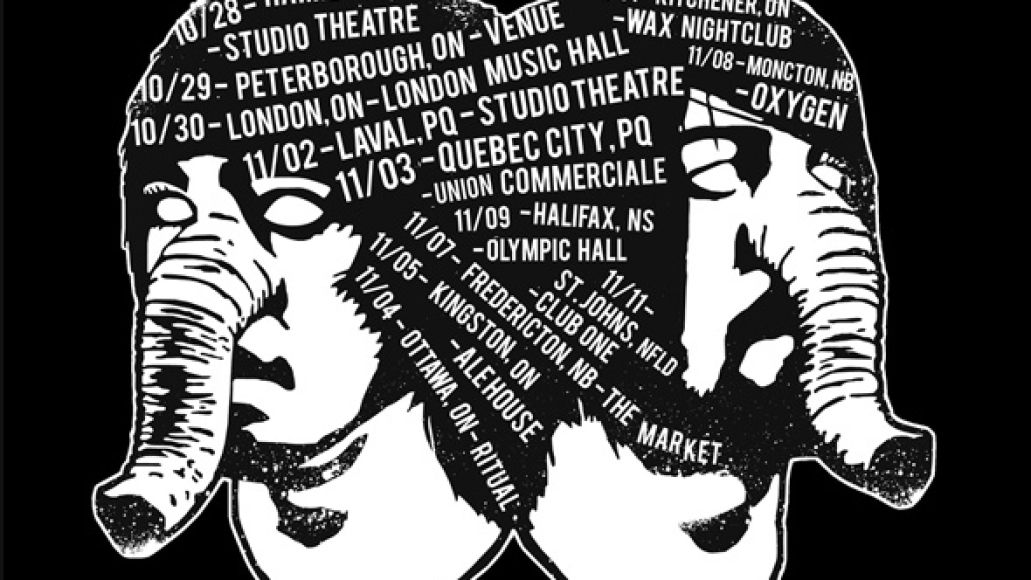 Not only have Death From Above 1979 announced new reunion tour dates, but they’re using them to road test new music. Yeah, that’s right — DFA have penned their first new material since their 2004 debut, You’re a Woman, I’m a Machine (!).

Sebastian Grainger revealed the news in a letter posted on the band’s website. He began by telling the story of the band’s first-ever show and how they made a commitment to play their songs “as fast and as hard as we could.” He then segued into the big news:

“Jesse and I have been writing new songs and the only way we feel like we can make them any good is to go out and play them for people. We’re going to throw our little muscle bound babies to the lions and see who survives. We tried just jumping into the studio, but the songs lacked spirit. They lacked life.

So this tour is song CPR.

There’s no way for us to do it anonymously anymore, so we’re inviting you to come along with us. Watch us Do It. The way we used to. The way everyone used to. We’re a band, and bands just work it out together.

The tour is focused entirely in the band’s native Canada, kicking off in Hamilton on October 28th and wrapping in St. Johns on November 11th.

Death From Above 1979 to debut new music on upcoming tour