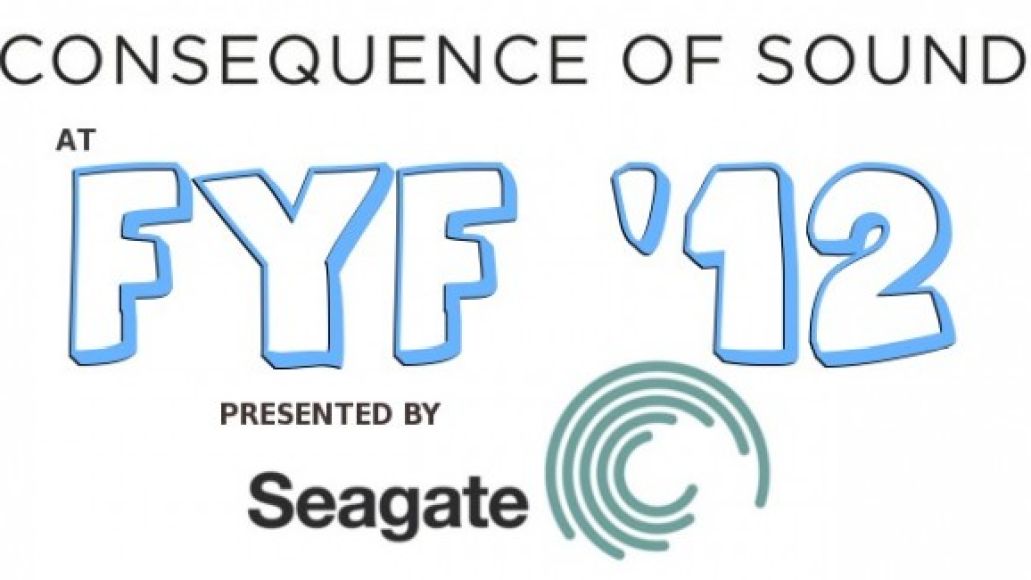 “The smog was heavy, my eyes were weeping from it,
the sun was hot, the air stank, a regular hell is L.A.”
-Jack Kerouac, The Dharma Bums

Hours later, I’m still sneezing dust. Bits of dirt remain caked on my scalp. My feet scream and ache from the loose pebbles or jagged shards of mulch that crept into my shoes all weekend. Skin’s on fire, eyes feel dull, and head is weak — they don’t make it easy in Los Angeles, CA.

Since 2004, Sean Carlson has hosted the “best weekend of the summer” for those in the City of Angels. FYF Fest, originally titled Fuck Yeah Fest prior to 2009, showcases the elite talent circulating within the indie and alternative market. What once was held at Echo Park’s Echoplex has now become a full-fledging outdoor festival that takes over Los Angeles State Historic Park for two days. It’s one long line of stages, tirelessly pumping out music for 12 consecutive hours each day.

What’s remarkable about Carlson’s venture is that there’s little to no corporate presence. The stages lack branding — in fact, last year the four were named after the Teenage Mutant Ninja Turtles — and whatever companies do appear are local and fitting for the scene, with the slight exception of this year’s Red Bull station. Vintage clothing, used records, funky eyewear, or non-profit organizations litter the festival’s makeshift market and countless festivalgoers take advantage. Strong attention is also given to the city’s diverse food truck population and each day new trucks load in. 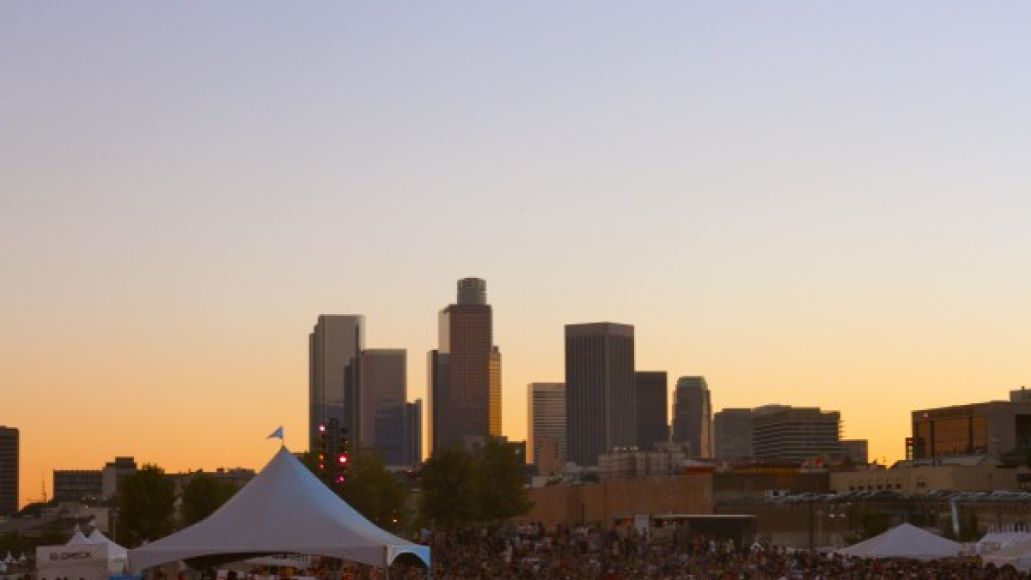 It’s a damn brutal weekend, though. Compounded by endless heat and mischievous dustings, the two day’s large-scale hours (noon to midnight) tears apart the body piece by piece. It’s ridiculous complaining about perfect weather and a healthy schedule. However, around the eighteenth hour of the weekend, when your body starts pivoting and shutting down, the only artist that sounds remotely viable is Aloe Vera.

Admittedly, the festival takes all of this into consideration. Multiple tents were erected this year for shade, misting centers were scattered about, and just about everywhere vendors could be heard selling affordable water. There was even an area where a few guys were shooting cold air at passersby. In other words, as long as you didn’t get all Christopher McCandless on everyone, and you took full advantage of the amenities, you sneaked by with maybe a sunburn.

All weekend festivalgoers called FYF a “mini Coachella” and, in a way, they’re right. Except, there’s something still young and seemingly underground about its character. Carlson has effectively claimed a stake in the land, a piece of the pie if you will, and one might argue it’s a bolder, more thrilling taste. Refused, The Faint, Beirut, and M83 were all top-billed headliners this year and yet it still felt like a national event. Technically, it already is. 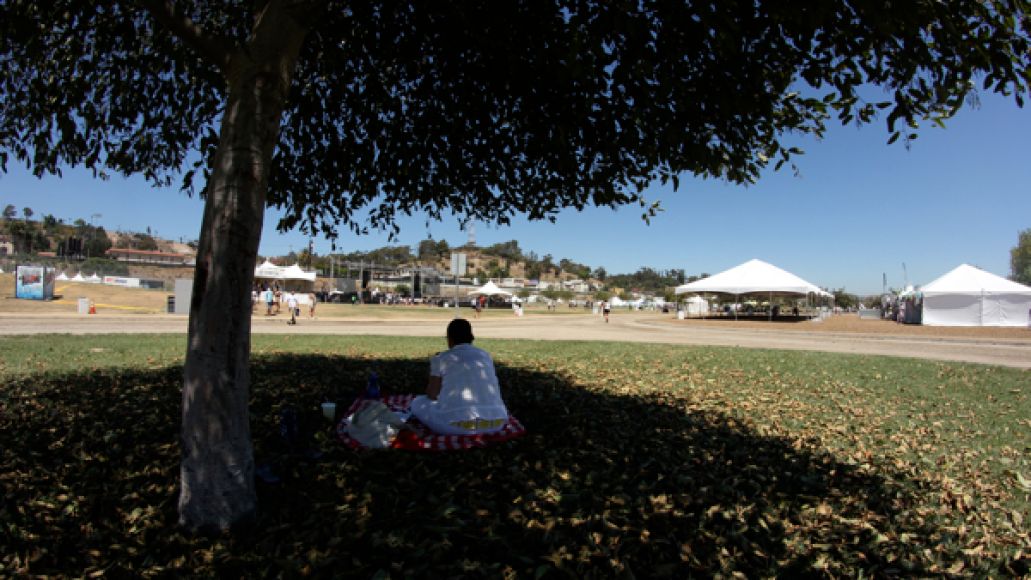 That’s something to appreciate and cherish. In an industry that’s flooding — seriously, try and name a state that doesn’t throw a music festival — it’s always exciting to see one that’s sailing on high seas. FYF is and if Carlson keeps his guns close, it’s unlikely he’ll stop throwing the area’s best summer soiree. One last thing to consider: For a city so hellbent on access and exclusivity, isn’t it a fucking relief to find something so trendy that’s accessible by anyone? Even you?

P.S. Does anyone know what that weird mushroom cloud was on Sunday afternoon? Spooky.

Festival Review: CoS at FYF Fest 2012