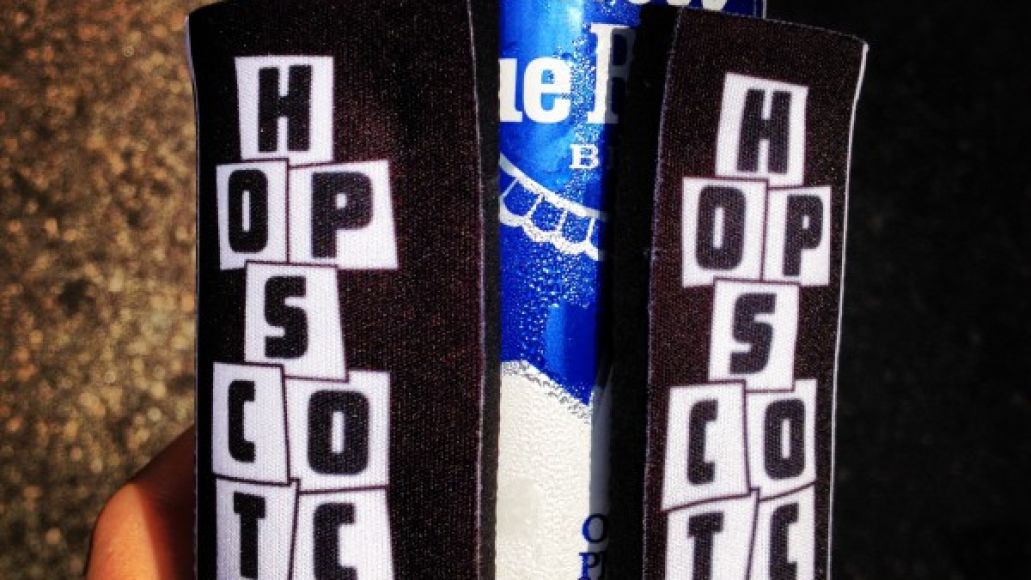 There’s some vestiges of Magellan that still run through our blood, but the pioneering spirit in music has a habit of leading to dead ends, or sending us around in circles, or retreating toward the safety of civilization. Loathe as I am to say, there is a large circle of people who will never read this — people who don’t possess that need for discovery at all, and who see music as a passive or incidental thing in their life like the hum of cicada or the refrigerator kicking in at intervals. I know several wonderful people like this, where music for them is something that happens in the background, mixed in with the din of life.

But for the admittedly small circle of people who not only seek out unfamiliar music, but actively search in the deepest abysses of the unknown, Raleigh, NC becomes a new frontier. This year’s Hopscotch Music Festival, presented by The Independent Weekly, featured 175 bands, many of which were local to Raleigh, Durham, and the Chapel Hill area, spread out over 15 venues in downtown Raleigh for three days. It was brutal to try to see more than four full sets by bands each night, but some of the day parties made scheduling less of a suicidal thing. On Friday night, the choice was Dan Deacon w/ cell phone participation, The Mountain Goats covering metal songs on piano and offering a rarities set, and Yo La Tengo joined by drummer extrordinare/improvisor in residence Chris Corsano. Just brutal.

But conflicts aside, Hopscotch felt the baby bear sized, like I imagine SXSW felt back in the day, only there’s no pressure of trying to get signed to a label or trying to cow tow to industry moguls. The bands that played here are very much about their art — they are 90% through their Kickstarter campaigns like the Moz via desert psych band Toddlers, they are re-releasing old LPs that no one cared about when they were initially released in the 70’s like Arnold Dreyblatt who guested with Megafaun on Saturday night, and they are challenging the notions of song structure because that’s what excites them, like Bill Orcutt who plays the living hell out of his guitar with all the fire of his soul and it sounds like beautiful garbage.

The bands I saw at Hopscotch couldn’t love what they’re doing more, because there’s no other viable option. This is where their explorations took them — free improvisation drumming, table-top guitar looping, doom metal, noise rock, all sugared up with a party by The Roots in the rain on Saturday night at the Raleigh City Plaza.

At the end of the weekend, every audible noise I heard started to sound like music: The hotel’s A/C in the morning, a truck idling at a stoplight, and no joke I thought that the sound of two industrial pavement cutters echoing in a parking garage was an actual band playing. There’s plenty of insider echo-chamber happening at Hopscotch, and if I had a hazard to guess, record label employees, record store workers, alt-weekly scribes, and other artists made up a decent percentage of the attendance. In that sense, maybe Hopscotch is the Comic Con of music festivals: it’s for total nerds who all look like J Mascis with shorter hair, but it’s a festival that could convince people who don’t have that Magellan in them, that whatever’s in the background of their life — from pop music to cicadas and refrigerators – can be a singular, spiritual, and definitively musical experience.

Before the recaps, check out some photos of many of the bands by photographer Alex Broadwell and myself on the next page…