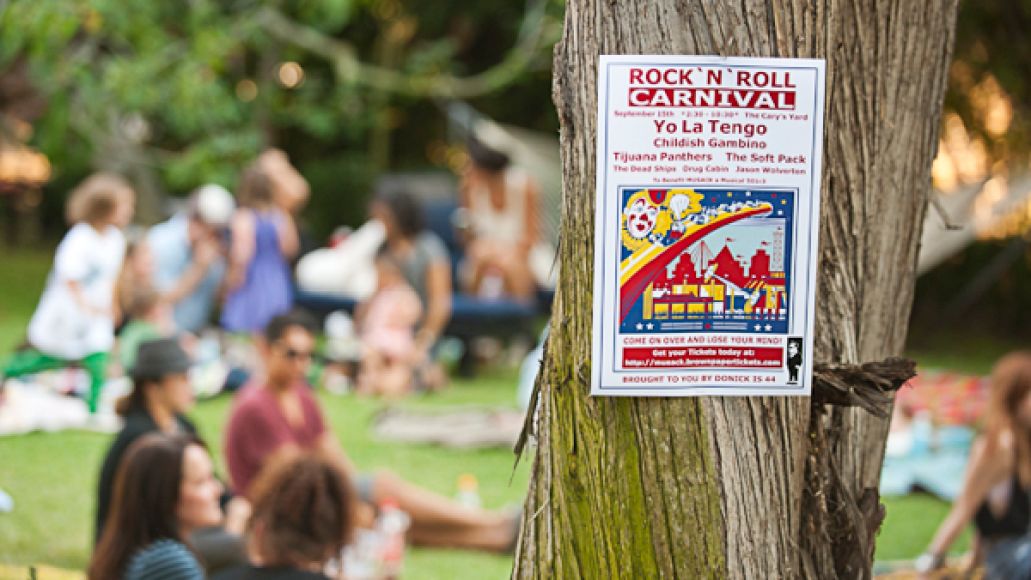 Perhaps you’re familiar with Nantucket because of that TV show Wings. Or maybe you’ve even heard an infamous limerick that you can’t quite remember all the words to. But what many people don’t realize is that while the island of Nantucket, Massachusetts is best known as a thriving summer community with a population of about 50,000 people, in the winter months, it drops dramatically to around 10,000. During the off-season, the youth of Nantucket often times have limited musical opportunities due to its isolation as an island.

Donick Cary, now a Los Angeles resident, grew up on Nantucket. In a way to give back to his community, he founded MUSACK, a charity organization that provides musical instruments, scholarships and cultural exchanges for year round Nantucket kids. It also raises money to start an annual college scholarship for those who plan to pursue the study of music. Back in 2008, Cary reunited his high school rock band to play at the first ever MUSACK charity event and for the last four years, it’s been steadily gaining momentum. 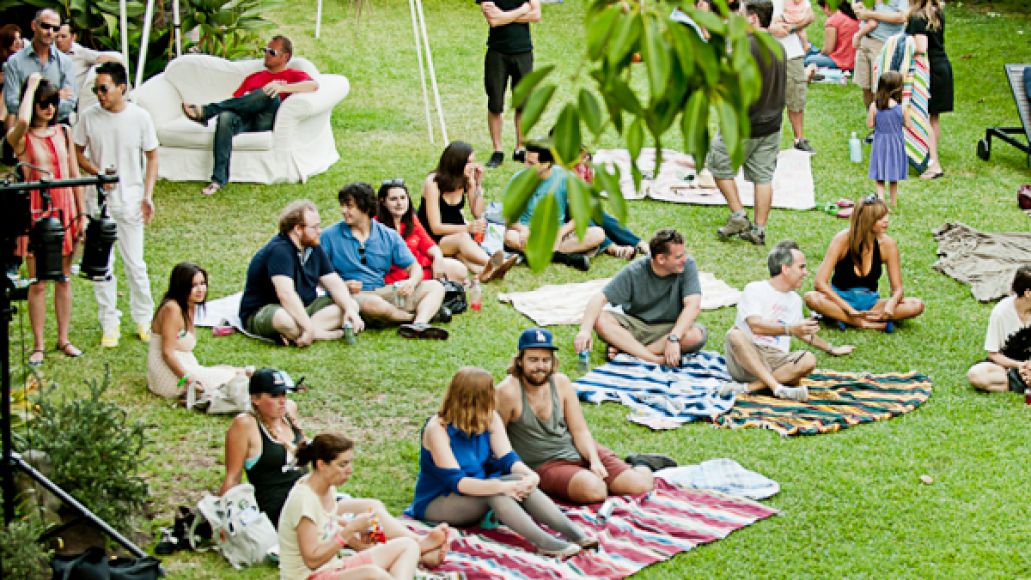 At last year’s event, Yo La Tengo, The Soft Pack, and Dengue Fever provided the entertainment, with raffle prizes and silent auction items personally donated by such distinguished celebrities as Steve Jones of the Sex Pistols, Lady Gaga, and Matt Groening of The Simpsons to name a few. Proceeds from that evening made it possible for the high school to purchase all new guitars and provide lessons for the students.

This year, on Saturday, September 15th, the event doubled in size bringing together a round up of notable actors, musicians, artists, and fans to help support this awesome cause. Amongst this year’s notable talent were Yo La Tengo, Childish Gambino, She and Him, The Soft Pack, Tijuana Panthers, Drug Cabin, Dead Ships, and Jason Wolverton and Brazilian Jazz. The musicians supported one another on stage in support of a cause that plays a personal role in their lives.

Currently, MUSACK has plans to expand into Los Angeles with the specific goal of bringing its guitar and instruction programming to at risk and underprivileged kids in central LA. For more information and where to donate, please visit musack.org.