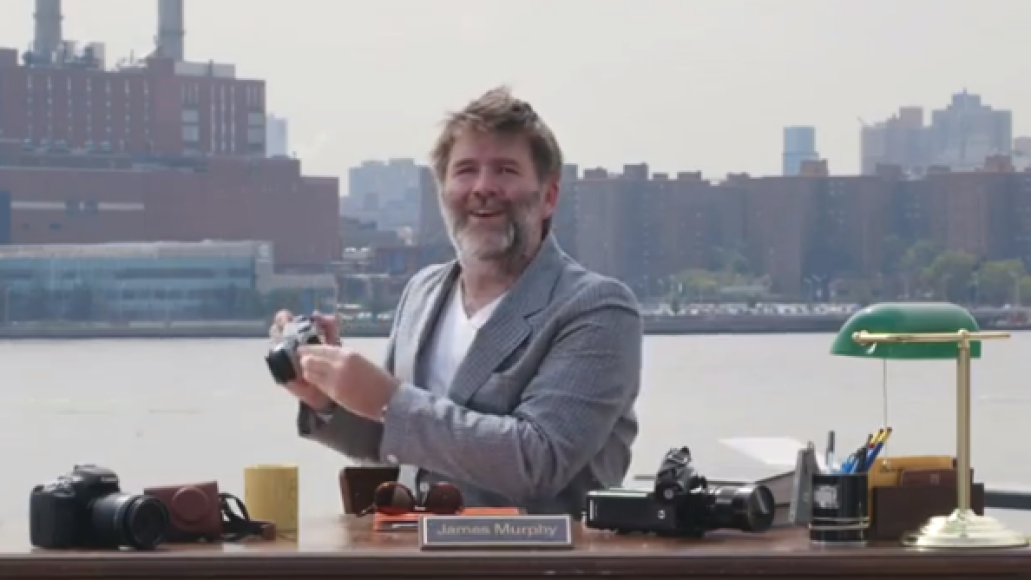 Since disbanding LCD Soundsytem, frontman James Murphy has stayed busy with myriad projects, including opening a coffee/custom luggage store, playing DJ sets at various festivals, and putting together the LCD concert documentary Shut Up and Play the Hits. For his latest endeavor, Murphy is going behind the camera for his directorial debut, and he’s getting help from famed director Ron Howard.

“I don’t know what I’m doing, but that’s what I’m excited about,” Murphy told Rolling Stone recently. “Now I’ll be able to call Ron Howard, which is super weird. This is the beauty of having been in a band that did well enough, I guess. You have access to something as crazy as this.”

While shooting doesn’t start till later this fall, Murphy recently released a video asking for fans help. Sitting behind a desk at the river’s edge in Brooklyn, a very hairy Murphy talks the crowdsourcing process and his love of photography. Users have until September 24th to submit photos, at which time Murphy and Howard will choose 10. Watch the video below and submit your best shots here.

Shut Up and Play the Hits will be available on DVD and Blu-ray on October 9th.