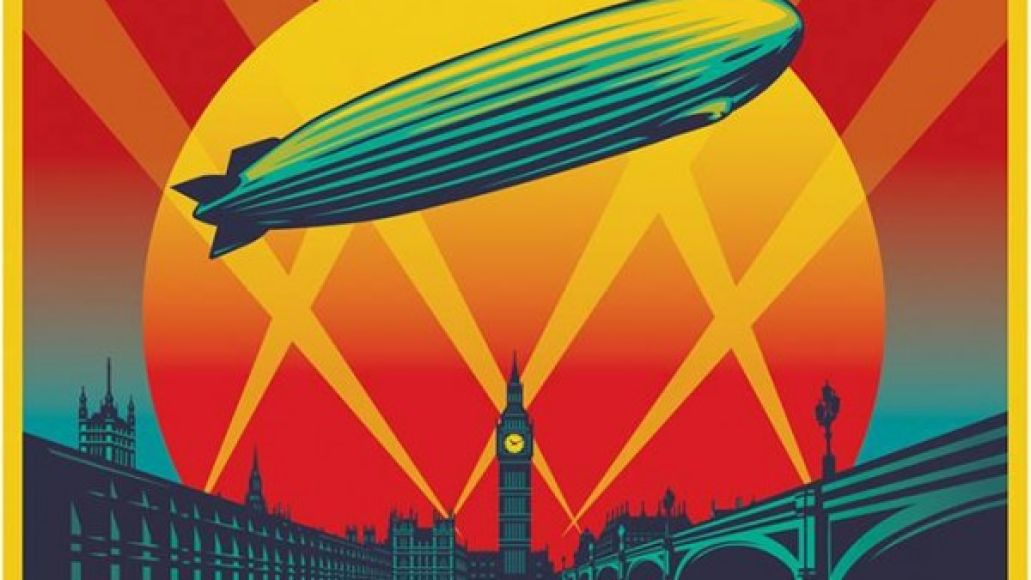 After a much-hyped five-day countdown, Led Zeppelin have finally made their big announcement, and it comes in the form of a new concert film. Celebration Day captures the band’s landmark reunion show that took place on December 10, 2007 at London’s O2 Arena. The two-hour tribute concert to Atlantic Records founder Ahmet Ertegun featured founding members John Paul Jones, Jimmy Page, Robert Plant, and Jason Bonham, son of late drummer John Bonham. At the time, 20 million people applied for tickets, though only 18,000 witnessed the once in a lifetime spectacle.

Celebration Day plans to change that this fall. On October 17th, the film will see a worldwide theatrical release via Omniverse Vision over 1,500 screens in over 40 territories. Shortly following, Swan Song/Atlantic Records will issue the concert over multiple video and audio formats on November 19th, details forthcoming.

Tickets for the theatrical event are currently available through the band’s official website. Below, you can check out the trailer and concert’s setlist below.

In other news, Led Zeppelin were recently announced as a recipient of the 2012 Kennedy Center Honors. The band, along with fellow recipients David Letterman and Dustin Hoffman, will be commemorated at a gala in Washington, DC on December 2nd. Clearly, it’s a good season for the Zep.