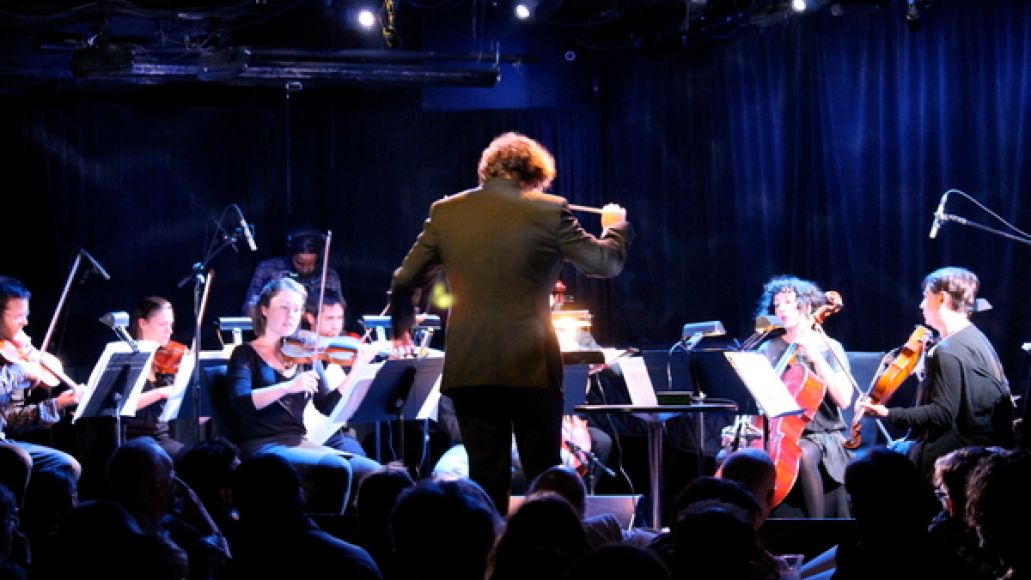 Steve Reich’s WTC 9/11, his 2010 string quartet written to commemorate the attacks of September 11, 2001, ends with this hopeful reminder. A recorded voice reassures the audience that humanity must remember the past but dwell in the present. Largely, that’s what New Yorkers have done in the 11 years since that fateful day. They honor the solemnity of the tragedy, but they do not neglect the world right here.

Reich’s WTC 9/11 concluded a program presenting all three of his string quartets at (Le) Poisson Rouge in Greenwich Village Tuesday evening. The concert, performed by the American Contemporary Music Ensemble (ACME), reflected this duality of past and present: It was a comprehensive celebration of Reich’s complete string quartets, but also a memorial concert on the 11th anniversary of 9/11.

In some ways, the circumstances of the performance overshadowed ACME. Reich uses a technique he calls “speech melodies” in WTC 9/11, where he composes melodies derived from snippets of recorded speech and then combines live melody and recorded voice. Especially for a room full of New Yorkers on the anniversary of 9/11, the panic and chaos clearly audible in the voices of NORAD controllers and FDNY recorded 11 years ago seemed to transport the audience right back to that horrific day. 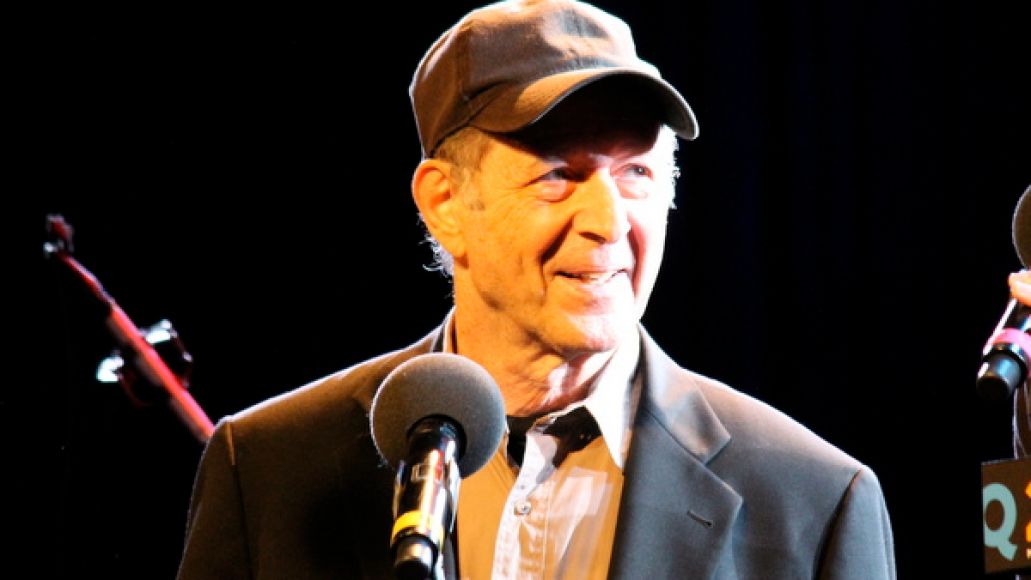 Some composers might have gone straight for the heartstrings and composed tearjerking music to accompany a topic so tragic, yet Reich wisely chose to keep his tone serious but generally unaffected. He delivers pointed and direct eighth notes alongside dissonant bursts from the violins that reveal themselves to be imitations of a telephone busy signal. The gravitas and emotion of these sounds steal the spotlight, relegating the music to a background role.

In the third movement, both Reich’s composition and ACME’s performance shined. The music’s elegiac quality perfectly pairs with the recorded singing of psalms by Jewish women. Their modal melodies were echoed by the various members of the ensemble, playing them with just the right amount of expressive sadness. Perhaps because the voices were now actually musical, the harmonies and rhythms of ACME became a focal point, creating a reverential but never depressing affect.

The entire movement turned into something truly beautiful with the recording of a cantor intoning the Wayfarer’s Prayer, bringing the music to emotional and aesthetic highs. Cellos and violas intertwined, passing the melody around the ensemble, seeming to engulf the audience with a healing power. A quick return to the discordant busy signal and chugging eighth notes of the opening movement closed the work. 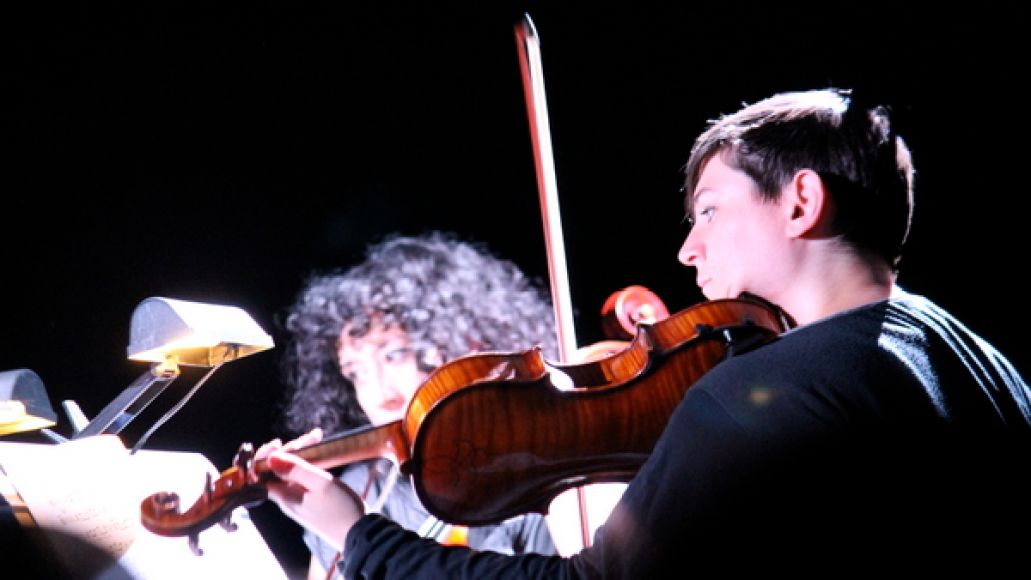 Reich’s first experiment matching melodies to recorded speech was Different Trains (1988), which opened the program. Unlike the other two pieces on the program, Different Trains was performed in its original setup for string quartet and tape. Meant as a holocaust memorial, Reich’s landmark piece was the most musically successful part of the evening, a reflection both on its durable construction and ACME’s well-executed performance. 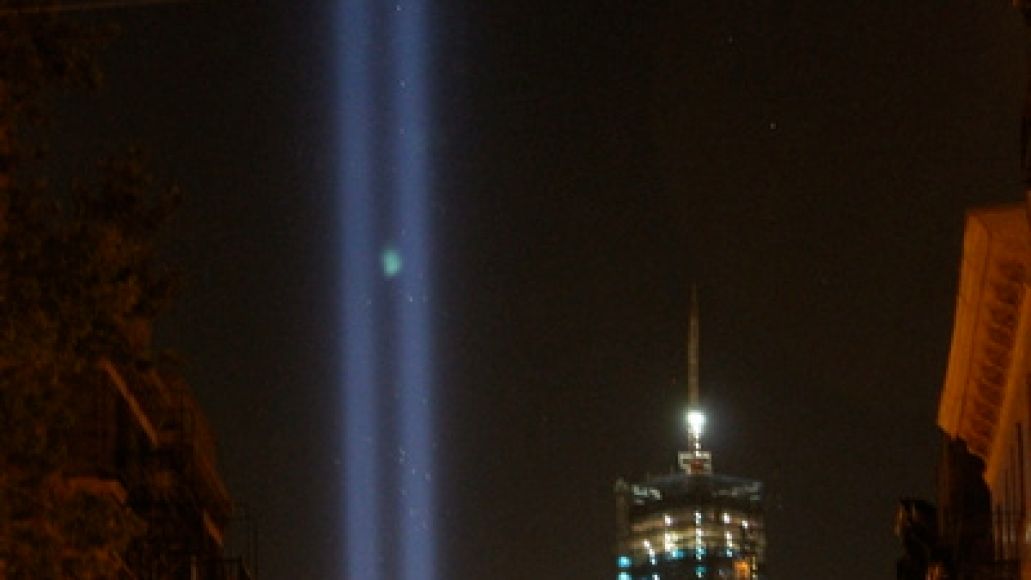 The main quartet–consisting of violinists Caroline Shaw and Ben Russell, violist Nadia Sirota, and cellist Clarice Jensen–seemed rushed in the frenetic pace of the first movement, but matched the intensity of the holocaust narrative in the second, slower movement. Shrill shrieks from the violins and cello accompanied the sound of war sirens while Sirota pre-echoed the climactic speech melody to conclude the movement. ACME played the languid melodies of the third movement with more emotion than other performances, while the fast parts carried more intensity. The quartet brought out the intricacy of the live counterpoint in the last movement, all four players interweaving their parts with aplomb.

All previous performances of WTC 9/11 featured one live quartet beside two pre-recorded ones, making Tuesday the world premiere of an all-live version. Although this brought an added immediacy to all the music, it eliminated the foreground/background relationship that was so successful in Different Trains. Additionally, the taped voices, white noise, and sounds of WTC 9/11 seemed too high in the balance, since they would otherwise have been mixed with the other two quartets as part of the background ambience.

However, the most intense part of the evening was not the music, but rather the nearly three minutes of silent contemplation, reflection, and grieving that followed WTC 9/11. As someone who was not in New York City on 9/11, I felt almost like an interloper intruding on a powerful moment. 9/11 is more immediate, more personal, and more raw for those who smelled the burnt metal, who breathed the acrid air, who saw the darkened sky, and who dealt with the immense collective grief of a city struck by tragedy. In some ways, for those three minutes of silence and quiet tears, those New Yorkers grieved again.