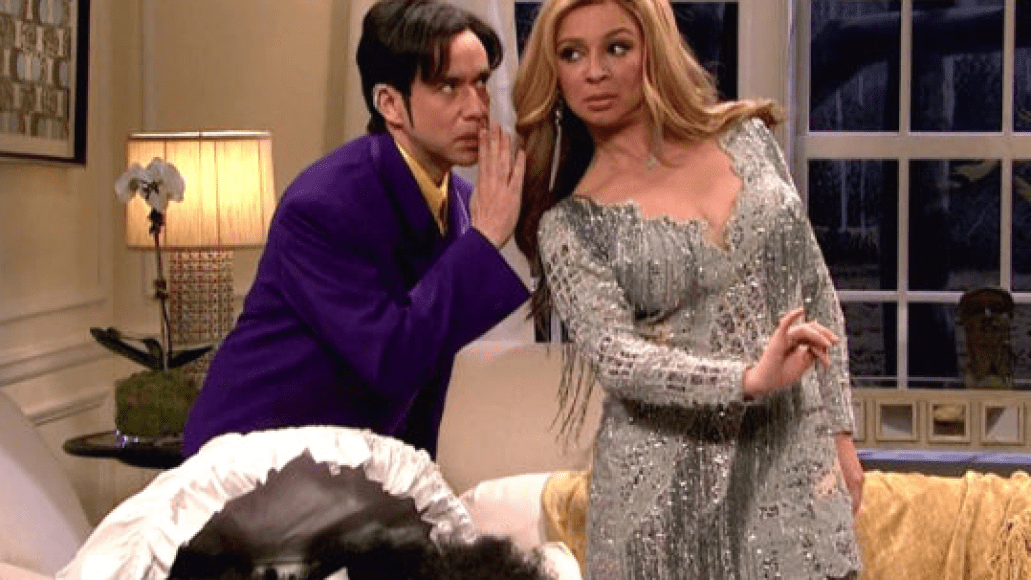 Through 36 years, 30-plus studio albums, a few names changes, and one recent and fro-ocious haircut, Prince still resides at the very top of pop music. Many acts try and capture the essence of Prince via covers, but The Roots and Maya Rudolph — yes, the former SNL actress — are joining forces for a unique night of music dedicated entirely to the Purple Yoda.

The temporary super group will team up this Thursday (September 20th) for a special edition of Questlove’s Brooklyn Bowl residency, where they’ll cover the biggest and most baby-making-est hits from Prince’s storied career. Doors open at 10 p.m. and tickets are $15 at the door. Head to the Bowl’s website to snag your seats to what’s sure to be the most hilarious and sensual evening to ever happen on planet Earth.

This isn’t Rudolph’s first crack at recreating the wonder of Prince. Aside from playing the Beyoncé to Fred Armisen’s The Artist, Rudolph unveiled her Prince cover band, Princess, during a gig in Los Angeles last August. See Rudolph and co. do their thang with a replay of “Darling Nikki” below.