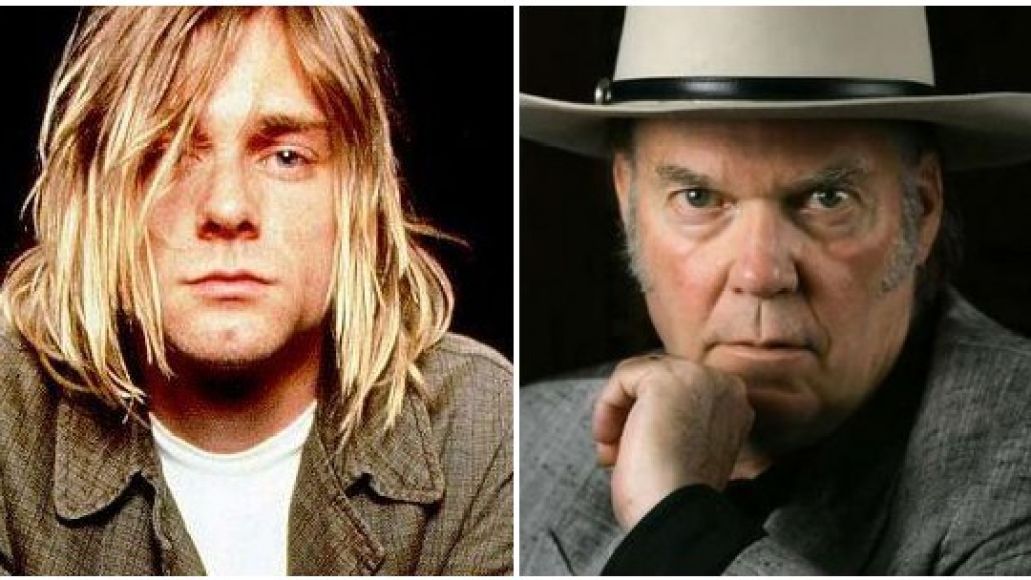 When Kurt Cobain killed himself in 1994, he left a suicide note quoting Neil Young’s great song “Hey Hey, My My (Into the Black)”, specifically the lyric “It’s better to burn out than to fade away.”

Now, almost 20 years later, Neil Young has shared his reaction to the letter and Cobain’s death in his new memoir, Waging Heavy Peace, as Exclaim points out.

“When he died and left that note, it struck a deep chord inside of me. It fucked with me.”

Even more tragic, as Young explained, is the fact that he had been trying to reach out to Cobain in the days before his death.

“I, coincidentally, had been trying to reach him through our offices to tell him that I thought he was great and he should do exactly what he thought he should do and fuck everybody else”

As Exclaim reminds us, R.E.M. frontman Michael Stipe has a similar story about reaching out to Cobain. He told Interview magazine in 2011:

“R.E.M. worked on two records in Seattle and Peter Buck lived next door to Kurt and Courtney. So we all knew each other. I reached out to him with that project as an attempt to prevent what was going to happen. I was doing that to try to save his life.”

Young’s memoir, Waging Heavy Peace, is out now via Blue Rider Press. Young will be on the Late Show with David Letterman tonight to talk about it some more.

Neil Young on Kurt Cobain's suicide: "It fucked with me"