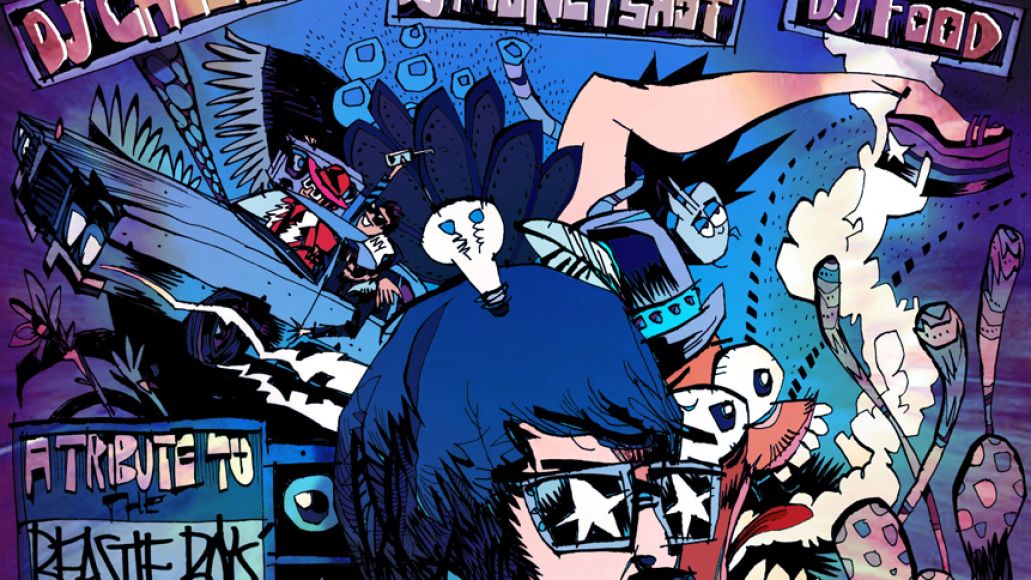 When the Beastie Boys released Paul’s Boutique in July 1989, it was immediately praised for its innovative production and dense, sample-heavy soundscapes. While countless DJs and producers have tried to decode its cornucopia of samples, three British turntablists finally succeeded by re-coding one of rap’s greatest albums.

Caught In The Middle Of A 3-Way Mix (named after a Boutique B-side) is the end result of three years of work by DJs Food, Cheeba, and Moneyshot. According to the trio, they spent all that time creating an album from scratch (pun definitely intended) using “all the original samples plus acappellas, period interviews and the Beasties’ own audio commentary from the reissued release.” The hour-long mix was created in association with U.K. radio show and Ninja Tune mix series Solid Steel, and was originally inspired by Moneyshot’s 2009 megamixtape Beastie Boys Beats.

The trio explained they were halfway through the mix when Adam “MCA” Yauch passed earlier this year, effectively dedicating the effort to his memory. Stream and/or download the mix below; then, head here for a complete breakdown of the 150-plus tracks used in the process (via SPIN).